Inside the Disaster Zone
Skip to Content
Get all our news and commentary in your inbox at 6 a.m. ET.
Ideas
The Terrible Cost of Trump's Disclosures

The consequences of the president’s reported divulgence of top-secret codeword information to the Russians are only beginning.

Eliot A. Cohen,
The Atlantic 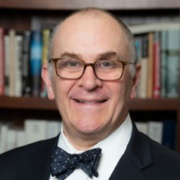 By Eliot A. Cohen

If The Washington Post is right, President Trump divulged highly classified information to the Russian foreign minister and ambassador at a jovial meeting in the Oval Office. Here is why this is appalling, beyond even this president’s usual standard.

There are multiple flavors of intelligence classification, from “Confidential” (which is often in the public record already, just not acknowledged), to “Secret” (usually, though not always available if you know where to look—or are willing to wait a few days), to “Top Secret” which is beginning to be serious. The codewords, which security officials began using in World War II to protect signal intercepts (e.g. ULTRA), tell you whence the information was derived—so Top Secret/codeword material really has to be protected. Any of us who have had those kinds of clearances have gone through repeated trainings about how to safeguard such material (cover sheets, multiple envelopes, proper paragraph marking, etc.). And if you hope to keep your job and stay out of jail, you take it seriously. You do not have access to any and all compartments if you have a top-secret clearance. This, apparently, is some of the information that Trump blew.

Read more: Trump’s Disclosures Are Another Win for Russia
Related: Foreign Leaders Have Realized Trump Is a Pushover
See also: The US Should Steer Clear of Russian ‘Help’ in Syria

The repeated spectacular breaks into the American security system by the Russians, among others, coupled with the ubiquity of personal information in the smartphone age, has caused some Americans to assume that secrets do not exist. They most certainly do. If someone finds out how you have gathered information, that artfully planted bug may go dead. Or a human agent may go dead. In the normal course of events, Donald Trump would never have been given a high-level security clearance because of his psychological profile and personal record, including his susceptibility to blackmail. But it will be even worse if his behavior convinces others, including those who work for him, that classification is meaningless.

Top-secret codeword information derived from an ally is even more sensitive.

To a remarkable degree, the United States relies on liaison relationships with other powers with whom it shares information. If Trump has indeed compromised a source of information, it is not merely a betrayal of an ally’s trust: It is an act that will jeopardize a whole range of relationships. After all, the Director of Central Intelligence cannot very well say, “Don’t worry, we won’t share that with the president.” So now everybody—even our closest allies like the United Kingdom—would be well-advised to be careful with what they share with us. That is a potential intelligence debacle for us, but the danger goes beyond that. If any foreign government harbored lingering illusions about the administration’s ability to protect any information, including sensitive but non-intelligence matters like future foreign-policy initiatives or military deployments, they no longer do. They will be even more apprehensive about sharing sensitive information of any kind because…

He gave it to the Russians. In the Oval Office. In a fit of braggadocio.

Russia is antagonistic to the United States, although Trump has repeatedly indicated his desire to be chummy with the Russians—after all, as he notoriously said during the presidential campaign, we are both killers, and so on the same moral plane. He apparently divulged the information to show off, which not only shows a lack of self-discipline: It shows, yet again, how easy this man is to play, particularly by veteran manipulators like his two experienced, talented, and thuggish guests. The crisis is made worse by virtue of Trump having just fired the FBI director, apparently for having pushed that Russia investigation too far.

Quite apart from making himself and the country a laughingstock around the world, the president has now practically begged Vladimir Putin to toy with him, tantalize him, tease him, flatter him, manipulate him. He has shown the Russians (and others, who are watching just as closely) just how easy that is to do, and he has shown the rest of us that his vanity and impulsiveness have not been tempered by the highest responsibilities.

The corruption has begun.

Well, of course not. That is not what the Post said in its story: It said that he divulged intelligence. And since it seems likely that the Russians captured all of the conversation—they were allowed to bring their electronics into the room, including the only video cameras, the American press having been excluded—they undoubtedly got all of it. And you bet that their analysts are even now chuckling as they figure out what the sources were.

But that is not the half of it. Tillerson casually said of Trump in an interview on Meet the Press on Sunday “I have to earn his confidence every day.” One does not earn Donald Trump’s confidence by calmly conveying to him some unpleasant but essential truths. Rather, one earns his confidence by truckling to him, and by lying to everyone else. Now, what Tillerson, Powell, and McMaster said are not quite lies, but they are the kind of parsed half truths that are as bad, and in some cases worse. This is how one’s reputation for veracity is infected by the virulent moral bacteria that cover Donald Trump. Friends will watch, pained and incredulous, as they realize that one simply cannot assume that anything these senior subordinates of the president say is the truth. And having stretched, manipulated, or artfully misrepresented the truth once, these officials will do it again and again. They will be particularly surprised when they learn that most people assume that as trusted subordinates of the president, they lie not as colorfully as he does, but just as routinely. Perhaps the worst will be the moment when these high officials can no longer recognize their own characters for what they once were.

One can be certain that (metaphorically speaking) at this very moment ice picks are sliding into unsuspecting kidneys in the White House. No doubt the president is raging at the cowed subordinates who have to cover yet again for his folly and grandiosity; no doubt that some subordinates see this as an opportunity to settle scores, undermine rivals, and curry favor. It is probably a fascinating if odious spectacle.

What will be of lasting importance, and the only possibly redemptive part of this wretched tale, is if it motivates some Republican legislators to take a stand against their own party and for the law and the Constitution. If Trump nominates any kind of Republican political figure, no matter what their previous record, as FBI director, they must oppose it. They should denounce his misconduct for what it is. And all of us should begin contemplating the conditions under which—not now, maybe not even a year from now—the constitutional remedies for dealing with a president utterly incapable of fulfilling his duties with elementary probity and competence will have to be implemented.

NEXT STORY: A Defense Budget Increase is No More Needed in 2018 than It Was Last Year