Reconciliation and peace-building can only occur if there is an open dialogue and people are working towards a shared, communal interest.

In the last several weeks, a series of events in Afghanistan have demonstrated how important it is that the U.S. seriously reassess its approach to America’s longest war. The decision to drop the “mother of all bombs” in Nangarhar province; Defense Secretary James Mattis’ surprise trip to Kabul; and the Taliban attack on Mazar-e-Sharif – taken together, they demonstrate the fragile and tumultuous situation the U.S. is facing in Afghanistan.

As President Donald Trump and officials in the White House, Pentagon, State Department, intelligence agencies, and Congress weigh new plans for Afghanistan, including sending up to 5,000 additional troops, there’s one key part of the U.S. arsenal they shouldn’t forget: our ability to strategically and successfully wield soft power.

While not as made-for-TV like a missile barrage, and harder to track than troop numbers, America’s soft power – the ability to affect change by creating appealing incentives rather than through force or coercion – should not be cut.

The U.S. has a long history of winning hearts and minds around the globe. Core to this effort should be building local economies and institutions, bolstering neighborhoods and communities, and providing tangible incentives to everyday Afghans to avoid the path that leads to extremism.

Our organization has long researched the connection between poverty and a lack of economic choices, and the rise of violent extremism. A lack of meaningful choices and the stripping of identity can disrupt communities and create instability, ripping the social fabric and creating the opening violent extremist groups need to fester, grow, and insinuate themselves in society. A lack of jobs and opportunity can smother hope and optimism. But economic inclusion and growth can nurture hope. Stronger communities and social ties help drive out extremist elements.

Even the Taliban knows how important these soft power/localized economic efforts can be in winning this conflict. As part of the recent announcement of their spring offensive, Afghanistan’s Taliban pledged to focus violent attacks on development institutions as part of their effort to build popular political support. This is a direct attempt to undermine the U.S. mission on ground. The U.S. needs to counter the Taliban by redoubling our soft-power activities and focusing on approaches that are more likely to create lasting economic opportunities and success.

The good news: some of these programs are already yielding successful results today across Afghanistan. When I last visited in April, I saw first-hand how soft-power programs can revolutionize an area, encouraging aspirations and creating a sense of community. Arriving in Afghanistan just prior to the use of the MOAB bomb in Nangarhar, I was able to visit with Afghan citizens who work with a U.S. Department of Defense contractor to help maintain and repair vehicles used by the Afghan National Police force. These employees, all from the local community, had received leadership and technical training, brand-new supplies and uniforms, and a real salary, not to mention educational opportunities for their children and support for their families.

Talking with these employees, it became clear they were immensely proud of their work. They knew that by helping keep the Afghan National Police’s fleet of vehicles running they were playing their small part in the fight against violent extremism. Faced with pickup trucks and armored vehicles mangled by explosions and bullet holes, these employees were committing their sweat and labor to making the community safer. Just as importantly, they were learning a variety of skills that will help their communities for years to come, including health and safety lessons, ethics and anti-corruption training, and team-based capacity building.

This program, run by Automotive Management Services Inc., has transformed the community I met with in Kabul and has had similar results across the country. By hiring local, providing men and women with opportunities, and strengthening the communal bonds through economic opportunity, tangible gains are being made one-step at a time, thanks to soft power.

U.S. policy makers deciding the path ahead in Afghanistan would be smart to remember the positive impact soft-power programs such as these can have and take steps to foster their success. Because it was clear when I was in Afghanistan that reconciliation and peace building can only occur if there is an open dialogue and people are working towards a shared, communal interest. In seeing this local community come together as it has around this jobs program, I was inspired to believe that with commitment to similar programs and patients, we can succeed in fostering a bright future for Afghanistan.

Mina Chang is CEO of Linking the World, a non-profit research, development, and advocacy organization focusing on analyzing and predicting risks in communities vulnerable to extremism. She is also an international security fellow at New America and previously was a fellow at the U.S. Military Academy at West Point. 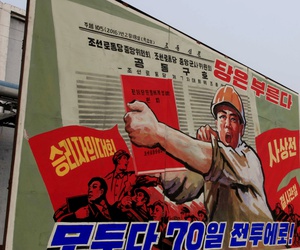 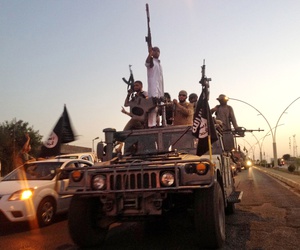 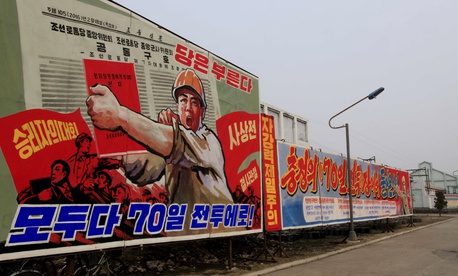 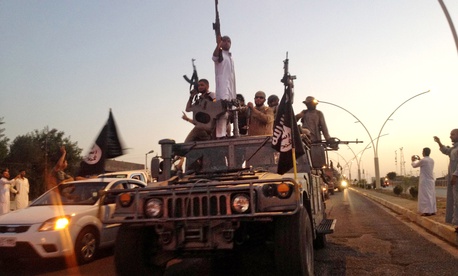