Shifting Left: How DevSecOps Strengthens Agency Security and Risk Management
Skip to Content
Get all our news and commentary in your inbox at 6 a.m. ET.
Ideas
After Raqqa, How the US Must Adapt to ISIS

What to do when ISIS goes underground, and other things to worry about after the caliphate falls. 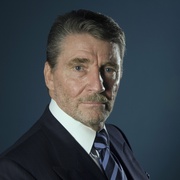 The last bastions of the Islamic State’s so-called caliphate in Iraq and Syria – Mosul and Raqqa –could be liberated within months. But they will remain perilous places, and in some respects, the fall of Raqqa will complicate the conflicts that swirl through the region.

How might the U.S. have to adapt to ISIS after Raqqa?

ISIS GOING UNDERGROUND: Military analysts have already warned that the elimination of the Islamic State as a territory governed by ISIS will not end the group’s armed struggle. Its leaders spent years underground and can revert to a covert terrorist campaign. Even while pummeled and pushed back by Iraqi, Kurdish, and other ground forces backed by coalition air power, ISIS demonstrated its capability to simultaneously carry out terrorist operations in Baghdad and Damascus as well as in neighboring countries. That will continue and may escalate.

ISIS, post-Raqqa, will be able to count on a clandestine infrastructure, possibly already in place, and a local Sunni population that may be more or less sympathetic to the insurgents, depending upon the behavior and performance of the authorities replacing ISIS rule. Here’s why: The fall of Mosul and Raqqa will not resolve the deeper sectarian conflict between Shiites and Sunnis. In Syria, anger over President Bashar al-Assad’s Alawite-dominated rule contributed to the mainly Sunni rebellion in 2011. In Iraq, the government’s exclusion of Sunnis contributed to the military collapse that allowed ISIS to sweep across the country in 2014. The United States has not supported the partition of Iraq or Syria, but the conflicts have torn the countries apart.

A NEW GEOGRAPHY OF BADLANDS: The U.S. could be operating within entire new borders and countries, soon. An Alawite-dominated rump state comprising Damascus and Western Syria would be economically viable (with funding assistance from Iran and Russia) and the Russians would likely defend it. Similarly, a Shia-dominated government in Baghdad and Southern Iraq could draw on the country’s oil revenues. The Kurdish zone in northern Iraq and enclaves in Syria could also survive autonomously.

But the adjoining Sunni areas in eastern Syria and western Iraq lack economic resources and governing institutions except for remnants of Iraq’s Baathists, formerly of Saddam Hussein’s political machine. Some of its commanders and cadres joined ISIS. Poor and poorly governed, the Sunni area could become a permanent badlands and a continuing source of instability.

NEW POLITICS, NEW LEADERS: That raises the question of who will govern the former Islamic State. Iraq may assert its authority over Mosul and surrounding territory, but if return to government rule is marked by reprisals and Shiite repression, Sunni resistance should flourish. The United States tried with limited success to persuade Baghdad to be more inclusive of its Sunni minority, but Washington’s leverage derived from Iraq’s desperate need for U.S. military support. American influence may decline after Mosul falls, and especially so if once again the U.S. sharply curtails support and assistance. Baghdad can still count on support from Iran, although that country competes with Saudi Arabia in a broader struggle for regional hegemony, which reflects and exacerbates the Sunni-Shiite schism.

It seems unlikely that the U.S.-supported offensive to take Raqqa will end in the city being turned over to the Assad regime (although Russian-backed Syrian forces may push forward at the last moment to claim a piece of the victory). The ground forces currently closing on Raqqa comprise Kurdish and Arab fighters. The latter may be candidates for an occupation authority, but it is not clear what governing experience they have, and they will face a difficult security situation and suspicious occupants. What role will the United States play in the occupation and specifically in helping authorities combat a continuing terrorist campaign? Air power has been America’s principal contribution to the ground offensive, but what has worked against dug-in forces determined to defend territory will be largely irrelevant in this new phase of the conflict.

Kurdish fighters in Iraq and Syria, with U.S. support, have been among the most effective ground forces arrayed against ISIS. While the Kurds advanced against ISIS, the United States protected their backs against a hostile Turkey, arguing that destruction of ISIS requires the Kurdish formations. After the end of the Islamic State, Americans still will need to keep Kurds and Turks from turning on each other. And Turkey’s concerns are not entirely made up. With the Islamic State gone, some of the Kurdish fighters may turn to assist their brethren in Turkey. Will Washington be able to constrain Kurdish elements allied with Kurdish separatists in Turkey? What will the U.S. do if Turkish forces launch a military offensive against Kurds? Or if Baghdad decides to reassert its authority over the Kurdish zone in Iraq?

THE REST OF THE REGION: What about the other fronts? While pushed back in Iraq and Syria, ISIS has established “provinces” of pro-ISIS groups in other countries from North Africa to Afghanistan. The United States has already attacked those ISIS targets outside of Syria and Iraq. Will that campaign command the same attention after the fall of Raqqa? Is it sustainable across such vast territories which limit the intelligence, aerial support, and local basing available for U.S. forces?

Regardless of what happens in Syria, al-Qaida, and its affiliates worldwide remain a threat. Although al-Qaida’s affiliate in Syria changed its name and declared that it was cutting its ties with al-Qaida, the United States still views the group as a component of the jihadist enterprise. Operations against it will continue.

Some observers will see the fall of Raqqa as an opportunity to scale back U.S. military involvement, especially if the anti-Assad movement further fragments into a kaleidoscope of quarreling factions. Others will argue that U.S. support of the struggle against Assad and his Iranian allies must continue. This would seem more in line with the Trump administration’s decision to bomb Syrian government targets after its use of chemical weapons, avowed hostility toward Iran, and renewal of closer ties with Saudi Arabia. However, Washington’s long term strategy in Syria is not yet clear.

The eventual fall of Raqqa—assuming nothing else happens before then to once again change the political and military landscape—will necessitate an overall review of U.S. policy in Syria. Policymakers can start thinking about the questions it will raise now.

Brian Michael Jenkins is a senior adviser to the president of the nonprofit, nonpartisan RAND Corporation and an author of numerous books, reports and articles on terrorism-related topics.

NEXT STORY: Mattis’s Afghanistan War Plan: Be Patient, Convince Everyone