Cherry Picking Intelligence For War in the Middle East? Here We Go Again

Will Trump follow the Bush playbook and start a war with Iran?

The ingredients are in place for the United States to repeat a scenario that has cost us dearly in the past: the misuse of intelligence to muster public support for an unwise war. Fifteen years ago, Bush administration officials led the nation to invade Iraq based on their own political agenda more than facts. This time the adversary would be Iran,  the target of unrelenting hostility from the Trump administration.

Donald Trump’s presidency has quickly become one of the most deeply troubled and unpopular ones in American history. Although Trump led voters to believe during the campaign that he did not want a new Middle East war, foreign wars have long been a favorite way of diverting attention from domestic troubles and reviving popular support. The administration has refused to build constructively on the Iran deal in addressing other regional problems. It’s an agreement Trump says he reviles even though it significantly restricts Iran’s nuclear program. Trump officials only grudgingly have admitted that Iran is complying with that accord. More recently, Secretary of State Rex Tillerson is speaking openly of regime change as a U.S. objective in Iran, and Secretary of Defense Jim Mattis long has spoken of Iran as if it were the root of all problems in the Middle East.

The enormous blunder of invading Iraq in 2003 offers valuable lessons of how intelligence is apt to be misused in such a situation. The promoters of that war portrayed their action as based on intelligence, but it was not. Iraq had been on the neoconservative hit list for years. President George W. Bush issued orders to prepare to invade Iraq, and Vice President Dick Cheney was publicly declaring that there was “no doubt” that Saddam Hussein had weapons of destruction before the intelligence community had even begun work on what would become an infamous intelligence estimate about Iraqi weapons programs. As then-Deputy Defense Secretary Paul Wolfowitz later admitted, the weapons topic was not a prime mover of the war but merely was, for bureaucratic reasons, “the one issue that everyone could agree on.”

On the other big issue that the Bush administration used in its pro-war campaign—a supposed alliance between the Iraqi regime and al-Qaeda—the campaign contradicted intelligence community judgments. The administration ignored altogether what turned out to be the most important intelligence judgments about Iraq, which concerned the likely communal strife and security mess that would ensue after Saddam was ousted. It ignored as well the accumulating evidence from U.N. inspectors after their return to Iraq that the October 2002 intelligence estimate’s conclusions about WMD program reconstitution were wrong.

“Those wishing to pick a fight with Iran have no shortage of material from which to cherry-pick intelligence.”

The determination of policymakers to follow a specific course of action can subtly influence the judgments of intelligence officers who know what their customers strongly want to hear. More conspicuous is the public use by policymakers of bits of intelligence to lend authority to their case, even if a more objective and systematic use of the intelligence would not support the case. The Bush White House insisted on including in a presidential address a juicy tidbit about supposed Iraqi purchases of uranium, despite being warned by intelligence agencies not to use that report because its validity was questionable.

Most important is the unwarranted framing of a policy issue as if it were an intelligence issue. The presumed existence of Iraqi weapons of mass destruction was falsely treated as if it constituted a case for an offensive war, even though—as the Iranian nuclear agreement demonstrates—warfare was hardly the only possible or effective policy response to such a challenge.

Those wishing to pick a fight with Iran have no shortage of material from which to cherry-pick intelligence. The intelligence reporting so highlighted might refer, for example, to Iranian material support to militias or clandestine attempts to gain influence in Iraq, Syria, or elsewhere. But such cherry-picking ignores  important context – including Iran’s limited military capabilities relative to those of its neighbors . While Iran has a large ballistic missile program, it does not have nuclear warheads, as two of its regional neighbors do, or long-range missiles as do three other states in the region. Iran also has no modern air force, like those of its potential enemies.

When Bush was urging a doubtful Secretary of State Colin Powell to help make a public case for invading Iraq, the president said, “Are you with me on this?  Time to put your uniform on.”  But nobody outdoes Trump in demanding loyalty. The intelligence community is not immune to such pressure. Director of National Intelligence Dan Coats reportedly spends more time in the White House compound than at his community office. He and the director of the National Security Agency, Admiral Michael Rogers, already have defended Trump before Congress by deflecting questions in open session about the president’s demands regarding the investigation of Russian influence in U.S. elections.

Trump already has admitted to cherry-picking information to justify a national security decision he already had made. He used a memorandum from the deputy attorney general about Jim Comey’s handling of one case as justification for firing the FBI director. Trump later acknowledged he had already decided to fire Comey because of another case: the Russia investigation.

If a similar technique were used to rationalize publicly a war against Iran, the intelligence community could do little to stop such misuse, let alone to stop the war, no matter how well it did its job. That job would be to provide policymakers the best possible information and analysis about what Iran is doing. It is outside the bounds of the community’s proper role to favor or to oppose specific policies, and especially to do so publicly. Avoiding a repeat of the Iraq fiasco will depend instead on responsible voices of opposition in Congress and elsewhere.

Paul R. Pillar is former national intelligence officer for the Near East and South Asia. Greg Thielmann is a member of the board of directors of the Arms Control Association, a former office director in the State Department’s Bureau of Intelligence and Research and a former staffer of the Senate Select Committee on Intelligence. 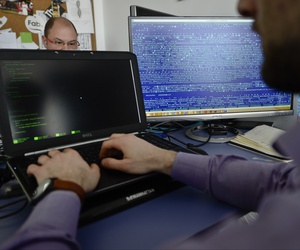 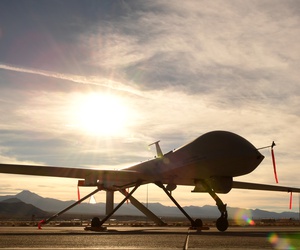 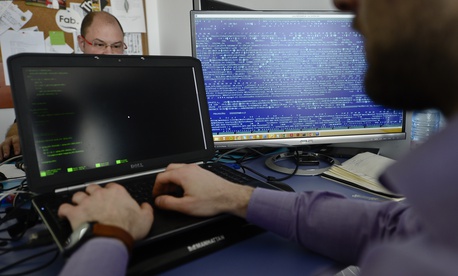 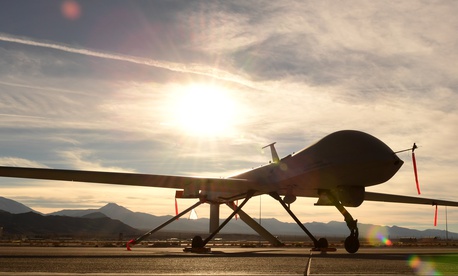