Is Russia Really with Assad in Syria?

Russian President Vladimir Putin chairs a Security Council meeting in Moscow, Russia, Friday, June 16, 2017. The meeting was focused on the Russian military's claim that it had killed the Islamic State group's leader in a

Moscow appears to be preventing a total Assad victory in a bid to boost its international standing.

With yet another round of Geneva talks on Syria concluded without meaningful results, Russia’s parallel diplomatic maneuvers continue to overshadow the UN’s efforts. Yet Moscow’s efforts—particularly its “de-escalation plan” to create safe zones for opposition groups backed by Turkey, Gulf states, the U.S. and Europe—are quite curious. Russia’s plan appears to be directly at odds with the stated objective of its client, Syrian President Bashar al-Assad, to reclaim “every inch” of the country. In trying to enact safe zones, Russia may in fact be deliberately preventing a total victory by Assad.

Russia, it seems, is not simply allowing external actors to keep a foothold in Syria; it is encouraging them to do so. Keeping global and regional powers at the table allows Russia to arbitrate their interests in Syria’s future and leverage its influence over Damascus. Driving competing powers out and securing the entire country for Assad would squander an opportunity for Moscow to elevate itself further on the international stage.

Russia’s diplomatic efforts began in earnest after Assad’s 2013 chemical weapons attack on Ghouta, and soon secured an arrangement in which the Syrian leader would surrender his entire chemical weapons stockpile in order to prevent a U.S. strike. The deal, seemingly successful at the time, raised Russia’s international standing as an interlocutor for the Syrian regime. Since then, Russia’s diplomatic role has expanded. After intervening on behalf of a weakened Assad in 2015, Russia became more engaged in the Geneva talks, working toward ceasefires in late 2015 and 2016, many of which produced periods of reduced violence.

If Russia intended to secure a total victory for Assad, it could have simply remained at Geneva and let the international talks continue without meaningful success. Moscow could have claimed it was striving for a peaceful settlement and simultaneously helped Assad recapture more territory. It would merely have had to blame radicals in the opposition for the failure to produce a negotiated settlement. Russia did just this; it helped Assad take more territory and blamed diplomatic failures on the opposition, but it also took further, proactive steps that forestalled a total Assad victory.

Last December, Russia invited Turkey, Iran, and various Syrian participants to its own parallel talks, separate from the UN efforts. Their meetings in Astana, Kazakhstan, produced ceasefires that, despite some violations, resulted in real reductions of violence between the regime and the opposition.

In early May, Russia made its boldest move yet. After the fourth round of Astana talks, Russia enacted a “de-escalation plan” that established four ostensible safe zones: in opposition-held Idlib province, northern Homs countryside, eastern Ghouta, and Dara’a. Assad, likely at Moscow’s behest, has not rejected the idea of these safe zones even though they require him to effectively cede claims to major portions of Syrian territory. Assad likely hopes the plan will fail, allowing him to continue his efforts to recapture territory, as he has when previous ceasefires collapsed.

But Russia’s current plan has the potential to be far more robust than previous ceasefires as it welcomes competing countries directly into Syria. Russian forces are already making way for Turkish troops in the north, and Moscow has reached an agreement for a separate ceasefire in the south that encompasses the Dara’a safe zone and stipulates U.S. and Jordanian participation. Russia has reportedly even tried to alter the mandate of the UN Disengagement Observer Force, which has monitored the Syrian-Israeli ceasefire since 1974, to make it an armed force that can maintain ceasefires in the south. If these foreign powers engage and remain involved—especially on the ground—Assad will not be able to easily reverse course and stage a future assault on these zones.

Sitting atop a multi-faceted conflict in which regional and global powers have vested interests presents Russia with an opportunity. As long as these external players maintain interests in Syria and want the country to remain unified, and as long as Russia maintains influence over Damascus, then the rest of the world will be forced to contend with Russia on Syria. Any party that wants to engage with a future, unified Syrian state—whether investing in reconstruction efforts or transacting other affairs—must go through Moscow. If they refuse, the entire Russian-dominated post-conflict order could collapse, resulting in a resumption of violence, major instability in the region, and massive refugee flows—perhaps greater than those seen in 2015 if the conflict spreads to Syria’s major cities.

As the arbiter of a conflict that has a profound impact on the region and beyond, Russia can fend off E.U. attempts to deepen sanctions, deflect criticism of its actions in Eastern Europe, and embarrass what it deems a feckless United States that is losing standing in the Middle East and in the world.

If, instead, Russia were to abandon its de-escalation plan and help Assad recapture “every inch” of Syria, driving out pro-opposition foreign influence and solidifying the country’s status as a pariah state, Moscow would squander any influence and leverage it could have had. Moreover, Russia would in some sense be handing Assad—who would no longer be reliant on Russian aerial support—to Iran, with which Moscow has been quietly competing for influence over Damascus.

Russia’s obstacles to implementing its de-escalation plan comes mainly from its own side. Iran cannot use the Syrian conflict to elevate its international standing the way Russia can, and thus, it is far more likely to help Assad reach a total victory—especially if this means Iranian-backed groups can operate unfettered in various parts of the country. Indeed, in late May, Iranian-backed groups advanced on a U.S. base on the Syrian-Iraqi border despite a de-confliction arrangement between Russia and the United States, jeopardizing Russia’s diplomatic efforts.

Assad, meanwhile, has continued bombing in Dara’a and Eastern Ghouta, ignoring Russia’s safe zones there. If the Syrian leader can disrupt the de-escalation plan and take further territory, he will become less dependent on Russia’s aerial support and gravitate more toward Iran. Russia may well feel pressure to balance advancing its diplomatic schemes with helping Assad make continued gains to keep him in Moscow’s orbit—but if it goes too far, it could lose influence over its client.

The United States and other backers of the opposition should draw Russia closer to its diplomatic objectives by endorsing the de-escalation plan, but they do not have to do so entirely on Moscow’s terms. Because Russia has been eager to gain international participation in the plan—particularly American participation—the United States and its partners can push for changes, including, but not limited to, adding the United States and Jordan as guarantors not only in the south, but also in other zones as well, and pressing for direct dialogue and a general framework for peace between the opposition and the regime to make de-escalation more viable.

Though Russia has supported Assad since the beginning of the war and has gone to great lengths to prevent his fall, it is unlikely to deliver the country to him. This is not because Russia is unable to secure a total victory for him, but instead it is because a Russian-dominated negotiated settlement that maintains other countries’ interests enables Russia to project itself as a great power. Concerns about Moscow using Syria to elevate its status are well warranted, but the alternatives—either a total victory by Assad or increased direct military action against the regime by the opposition or its backers—will result in a dramatic escalation of violence in the conflict and a scenario in which Syria will be permanently broken. Despite its current shortcomings, something along the lines of Russia’s safe zone agreement is likely the only way forward in Syria. 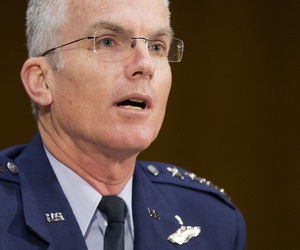 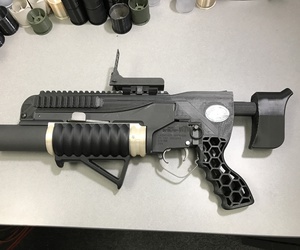 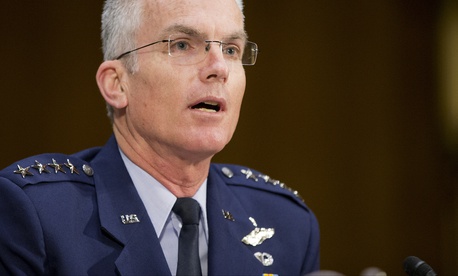 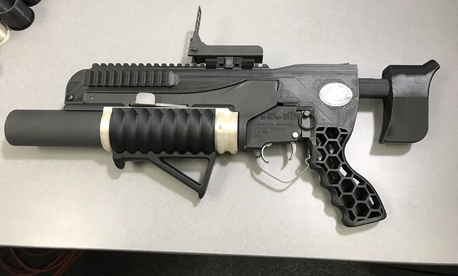