Kurdistan’s president called the referendum to extract concessions from Baghdad. What if it doesn’t work?

A dangerous game of chicken is being played over the future of Iraq. In less than a month, Kurds across northern Iraq are slated to vote in a referendum on independence. If the vote is held, most observers think it will pass overwhelmingly. Yet many Kurdish political leaders harbor grave doubts about the wisdom of near-term independence. All of the Kurds’ neighbors—the Iraqi government, the Iranian government, and the Turkish government—are deeply hostile to the referendum. The United States, which has done more to advance Iraqi Kurds’ interests than anyone in the last quarter century, is also firmly opposed. Even so, the vote may happen. No side wants to flinch first.

Last month, the Kurdistan Regional Government declared that it would call a referendum on independence on Sept. 25. In doing so, KRG President Masoud Barzani threw up his hands at the process of winning accommodation for Kurdish interests inside the Iraqi state. To be sure, the issue of Kurdish independence is a longstanding one. Kurds hoped for independence after World War I, thought they were on the road to securing it after the 1991 Gulf War, and pushed the idea again after Saddam Hussein fell in 2003. Each time, the Kurdish leadership heeded appeals for patience.

Kurds now say their patience has been exhausted. They feel abandoned by Baghdad, which they believe is exploiting the Kurdish Peshmerga fighting force while steering shrinking oil proceeds to southern Iraq. Kurds complain that they are being forced from cabinet positions and isolated as a small minority in parliament. They say the state is preoccupied with winning back Sunni Arab support after alienating them and providing fertile ground for ISIS, but that leaves the Kurds out of what is essentially an intra-Arab problem. Iraqi Kurdistan has its own energy reserves, and the widespread sentiment is that the Kurds should go it alone.

The Kurdish sentiment comes at a miserable time for Baghdad, which is still battling ISIS and struggling to resettle the 3 million Iraqis who remain displaced from their homes. For Prime Minister Abadi, who is running for reelection in April, a Kurdish vote to secede would cancel  out the popularity bump he is enjoying because of the success against ISIS. The vote would also prompt a crisis in areas with large Kurdish populations outside the territory of the Kurdish Regional Government, including the disputed city of Kirkuk. Generations of resettlement have moved minority populations hither and yon in Iraq, but an independence vote would make the issue of borders an immediate crisis in a country that already has a host of them.

Iran, which has invested heavily in Iraq, has its own reasons to keep the country together. After all, when Sunni Arab states sought to mold Iraq into a buffer state against Iran in the 1970s, Saddam Hussein invaded Iran in 1980 and his war created hundreds of thousands of Iranian casualties. Interested in its own regional influence, Iran would like to keep Iraq as its own buffer state against the Sunni Arabs, with a Shiite-dominated government that is solicitous of Iranian concerns. An Iraq in turmoil undermines that effort.

Beyond Baghdad and Tehran, the Turkish government is likely to be just as alarmed by a Kurdish independence vote. Kurds with Turkish citizenship far outnumber their Iraqi kinsmen, and Turkey suppressed its Kurdish minority for decades in order to maintain the unity of the Turkish state. Turkey’s deep investments in Iraqi Kurdistan were in part an effort to ensure friendly ties, but an independence vote that might inspire a similar one in Turkey would be seen as a hostile act.

With its neighbors united in alarm, the referendum threatens to push forward the process of creating a small landlocked state with no easy outlet for Iraqi Kurdistan’s energy or anything else. It is hardly a recipe for success.

The United States is strongly opposed to the referendum, too. It has invested deeply in Iraqi Kurdistan since 1991 and deeply in Iraq since 2003. In the U.S. accounting, Kurdish secession could mark the beginning of the dissolution of Iraq, antagonize important U.S. partners, and begin the formal unraveling of borders throughout the Middle East.

Each side wants the other to blink first. Kurdish leaders with whom we have spoken leave no doubt that they can be persuaded to delay the referendum — for a price. They argue that if the United States really wants to stop the referendum, it should lean on Baghdad to be more generous to the Kurds. Some hint that a call from Turkey’s President Erdogan might mollify Kurdish leadership, but none has been forthcoming. The United States would probably be able to prompt such a phone call from its NATO ally, but at what cost? Last week, Defense Secretary James Mattis pressed the Kurds to delay the referendum, but he offered no sticks and no carrots, and got no commitments.

The underlying problem here is that each side is treating the affair as a transaction. No side wants to give more than it has to, and each side wants another to make the largest concession. Time is running out. Games of chicken are often exhilarating, but they sometimes end in disaster. 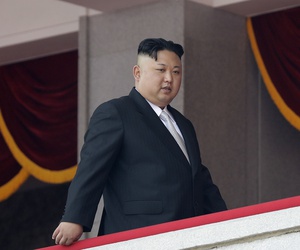 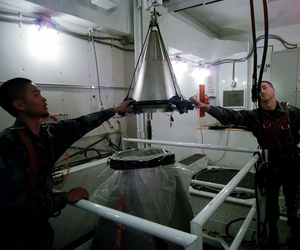 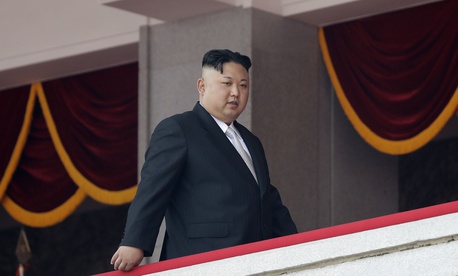 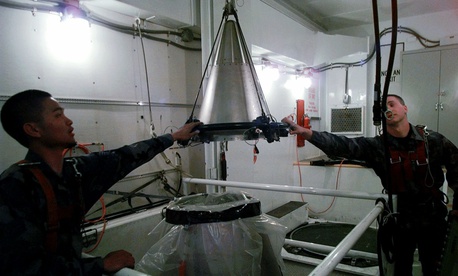