President Donald Trump leaves the stage after laying out a national security strategy in Washington, Dec. 18, 2017.

In off-the-record conversations with outsiders, the Trump administration’s senior national-security officials all stay in the mainstream of U.S. foreign policy. They recognize the threat from Russia, often with great passion. They reject the notion they are protectionist, instead championing bilateral deals as an alternative to mega trade pacts such as the Trans-Pacific Partnership. They steadfastly back U.S. allies, especially those in nato. They even make favorable reference to the much-derided liberal international order.

Above all, they ask outsiders to consider their actions, not the president’s tweets, which usually elicits nervous laughter from those assembled. Officials focused on Europe cite the extra resources dedicated to the defense of the Baltics. Those working on Asia talk about the South China Sea and the deepening of the alliance with Japan. Those looking at the Middle East speak about a sophisticated approach to containing Iran that does not give Saudi Arabia carte blanche.

Talking with these officials is usually a surreal experience. They are smart, effective people in command of their brief. They are usually known to and liked by whatever audience of experts they’re addressing. They are often regarded as operating behind enemy lines. What they say strikes a chord and leads to reactions like “they just cited something I wrote” or “that’s similar to what Marco Rubio or Hillary Clinton would have done.”

But nagging questions hang over every conversation—What does President Trump make of what you just said? Has he even heard of the policy action you just championed? What about those tweets? What of the fawning approval of Putin and Xi? What should we make of the well-sourced story that makes Trump out to be a mad king? Someone in the crowd usually asks one of these, rather apologetically. (Why ruin a pleasant evening?) The official never answers. Even in private, they don’t even try to defend the president as more reflective or nuanced. They just repeat the mantra: “I’m focused on my job; judge us by our actions.” Everyone leaves none the wiser.

This kabuki dance took place on a larger stage on Monday, with the release of the Trump administration’s National Security Strategy. While the document is far from perfect, it generally provides a coherent analysis of America’s strategic environment while putting the best possible sheen on Trump’s doctrine of America First. Yes, there are contradictions and shortcomings, especially on economics and values. It tries to convert the mundane into the language of nationalism, presumably playing to an audience of one. The lack of any overarching purpose, and the failure to explicitly embrace a U.S.-led, rules-based order, is an unwelcome break with 70 years of U.S. foreign policy. But when one thinks about the task at hand, it seems clear that the authors made the best of an impossible situation.

But as with those off-the-record conversations with administration officials, it was impossible to ignore the president’s role, chiefly because he chose to launch the strategy with a speech that laid bare the vast gulf between his worldview and that of his team. The National Security Strategy is a stunning repudiation of Trump, and Trump’s speech was a stunning repudiation of the National Security Strategy.

In its rejection of any sense of broader purpose and its deep suspicion of America’s alliances and the U.S.-led postwar order, Trump’s speech was inward-looking and isolationist. He led with the threat from trade deals, perfidious allies, and bad immigrants, and kept returning to these themes. He ignored geopolitics entirely. He did not explain what the competition was about, or where it was being waged. He went far beyond his typical complaint that our allies don’t pay their burden, to demand they directly reimburse the United States for the protection it provides—something that never appears in the document.

Unsurprisingly, the largest gap between the document and the president was on Russia. The National Security Strategy calls Russia a “revisionist power.” It accuses the Kremlin of “using information tools in an attempt to undermine the legitimacy of democracies.” It explains how Russia seeks a “spheres of influence” in Europe that is antithetical to U.S. values and interests. It puts on paper what the senior officials have been at pains to say for months.

But in his speech, Trump dealt with the Russian challenge in one monotone sentence: “We also face rival powers, Russia and China, that seek to challenge American influence, values, and wealth.” With that box ticked, he followed up not with an elaboration of the challenge but with a lengthy explanation of why and how he seeks a partnership with both nations. An animated Trump described how recent intelligence cooperation between the CIA and Russian intelligence to foil a terror plot offered an example of where he wanted to go. He never mentioned Russia or China again.

Trump’s silence followed a remarkable story last week in The Washington Post that said the president cannot stand to be briefed on the Russian political threat to the United States and has refused to do anything to counter it. He was furious at the new sanctions imposed on Russia, blamed Congress for the downturn in relations with Moscow, and has done everything in his power not to implement them. We also know that Russia wasn’t even on the agenda at the nato summit earlier this year, so nervous were U.S. allies of antagonizing the president.

So, we’re left to ponder the question once more: Who to believe? Is the United States serious about countering Russian power? Or is it asleep at the switch? The answers are yes and yes—parts of the administration are actively working to counter Russia, even as one important part is not and prefers to embrace Putin.

The National Security Strategy’s subtext, just like that of the adults in the room more generally, is that the president is extraordinarily weak, so weak that he has little bearing on his own foreign policy.

The notion that Trump is weak and ineffective is the unstated assumption behind the school of thought—particularly prevalent among conservatives sympathetic to him and some foreign governments—that this is all going to work out okay. Of course, they never say that outright, but it’s what they mean. They always point to the bureaucrats and the “actions” (as if Trump’s actions do not count), and never the president himself.

The story of year one is that of a president who remains as radical, erratic, and thin-skinned as ever. He entered office with no Senate-confirmable foreign-policy loyalists. He turned to the military and titans of industry and they constrained him and took control of the bureaucracy. He has had to tolerate being handled, but he is not happy about it. He breaks out whenever he can—defying them on Iran or on Jerusalem or with a phone call or in a speech.

We look at the fact that the mainstreamers were ascendant in year one, and assume that progress is linear—weak president and a strong bureaucracy means normalization. Not so fast. Since World War II, the foreign policy of every administration has been defined by the character and opinions of its president.

In the coming year, the question is whether Trump will try to retake control of the bureaucracy, and, if he does, whether he will succeed. His first chance could come if and when Rex Tillerson departs as secretary of state. We should expect very public auditions to replace him. Senators Lindsey Graham and Tom Cotton are already pulling out all the stops, while CIA director Mike Pompeo may have his eye on State, or possibly H.R. McMaster’s job. But Trump may have others in mind.

It’s not just personnel. In year one, Trump sought radical solutions but his team played for time. The complicated decision on the Iran nuclear deal—whereby its fate was kicked to Congress—was a case in point. In year two, Trump may run out of road. He will have tough decisions to make, not just on Iran but on North Korea, where his red lines will surely be breached. On some issues, such as Iran, members of his team reinforce his visceral impulses instead of checking them, which may make a crisis more likely.

The main lesson of the launch of the National Security Strategy is that U.S. foreign policy is still in crisis and will remain so for the duration of the Trump presidency. Some brave men and women on the inside are trying to chart a course toward safety, but there are no guarantees they will succeed in containing Trump or that they will remain at their posts. The most testing days of this crisis still lie ahead. 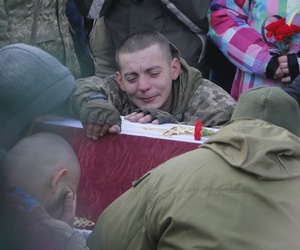 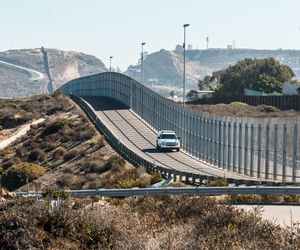 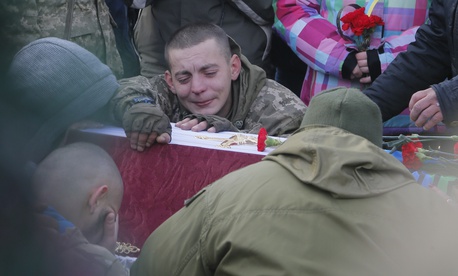 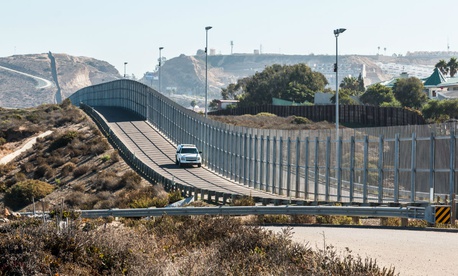