An exclusive preview of the White House's plan highlights the wide gulf between what the president says and what he does.

The Trump administration is preparing to roll out its new National Security Strategy, a document meant to guide its national security policies. Yet a Trump administration staffer who reviewed a draft of the document—and shared key excerpts with me—describes it as “divorced from the reality” of Trump’s presidency. (This person requested anonymity because he was not authorized to speak publicly about the document before its release.) A few classically Trumpian themes are there—the wall, concern over trade imbalances—but much of the document reflects the values and priorities of the president’s predecessors.

These discrepancies render the document practically meaningless—enough so that it’s likely to be “widely ignored,” says Kori Schake, a fellow at Stanford University’s Hoover Institution and co-editor of the book Warriors and Citizens with Defense Secretary James Mattis.

In the end, Trump’s actions will matter far more than his words. And no matter how much fanfare this strategy document gets, foreign governments will likely continue to take their cues from the president himself.

The current plan is to roll out the NSS on December 18, the administration official said. Axios reported Trump has signed off on its core elements and the president’s cabinet was scheduled to review it this week.

The draft document, which currently runs to roughly 70 pages, is broken into four pillars: defending the homeland, American prosperity, advancing American influence, and peace through strength. It was spearheaded by Nadia Schadlow, senior director for strategy on the National Security Council (NSC). Schadlow is regarded as a conservative foreign-policy expert based on her experience in the establishment think-tank world, including stints at the Council on Foreign Relations and the Smith Richardson Foundation. She joined the NSC at Lieutenant General H.R. McMaster’s request after he took over as national security adviser following retired Lieutenant General Michael Flynn’s resignation in February. In March, The Washington Post’s Josh Rogin speculated that her more traditional foreign-policy views, along with others’ on the NSC, could be out of step with the Trump White House, and could risk turning the NSS into “a purely academic exercise.”

Based on excerpts from a draft of the document, this appears to be the case. For example, a section on promoting the rule of law is undermined by Trump’s own persistent attacks on the U.S. judicial system. “The NSS drafters did an admirable job of trying to square the president’s views with longstanding American principles and interests, but the variance with the president’s own behavior is so wide as to make the document incredible,” Kori Schake told me.

According to the official, Trump’s NSS, like Obama’s, identifies the security of the U.S. homeland, particularly against terrorist threats and weapons of mass destruction, as a priority; both recognize that promoting economic prosperity is core to sustained U.S. global leadership; both highlight the value of preserving an open and liberal international order that has often times benefited the United States; and both underscore the importance of preserving core American principles and values. “What’s most striking is how disconnected the Trump NSS is from the words and actions of the president himself, the man whose endorsement will ultimately be needed to provide the NSS any credibility,” the official said.

For example, one passage of the draft reads:

The United States rejects bigotry, ignorance, and oppression and seeks a future built on our values as one American people … an active and concerned American citizenry is the fundamental requirement for a free and resilient nation. For generations, our society has protected free-press, free-speech, and free-thought … no external threat must be allowed to shake the commitment of Americans to their values, undermine our system of government, or divide the nation.

This would seem to conflict with Trump’s near-daily attacks on the press, his recent endorsement of anti-Muslim videos, and his equivocating on the white-nationalist march in Charlottesville.

America’s core values are enshrined in the Bill of Rights, which proclaim that our respect for fundamental individual liberties beginning with the freedom of religion, speech, and assembly. Liberty, freedom, equal justice under the law, and the dignity of every human life are central to who we are as a people … the United States will always stand with those who seek freedom … [and] continue to lead in championing human rights.

Critics of Trump’s travel ban would say this section is clearly at odds with the president’s targeting of Muslim-majority countries, as well as his embrace of authoritarian regimes and leaders across the globe, from the Philippines to Egypt.

The draft NSS also highlights “enhanced intelligence sharing domestically and with foreign partners” as a priority for disrupting terror plots. But Trump, through his own words and actions, has done much to undermine these relationships. He famously told Russian officials visiting the Oval Office in May about “a classified, and highly sensitive, Israeli intelligence operation,” jeopardizing a source of information on isis. His tweets following a terror attack in London were describedas “so unhelpful” by British officials. And, Sean Spicer, the former White House press secretary, once accused the British intelligence agency, GCHQ, of helping the Obama administration wiretap Trump when he was running for president, causing a mini-crisis in the relationship between the U.S. and British governments.

The NSS also proposes that the United States must “rally our allies and like-minded partners … to confront shared threats,” and that by “honing our instruments of diplomacy and development, we will support aspiring partners who want to improve their conditions.” Meanwhile, in practice, there are constant reports of the steadily declining morale at the State Department, and the increasingly depleted corps of senior-level diplomats. Trump has repeatedly publicly undermined the authority of his secretary of state.

Beyond the realm of foreign policy, there are other areas where the draft NSS does not reflect the Trump administration’s actions. For example, it states that “advancements in life sciences will benefit our health, economy, and society,” and that “education costs have continued to climb at rates far above inflation, with sharply rising education debt forcing millions of graduates to take lower-risk jobs to pay off their debt rather than pursue their dreams,” and that “the United States must continue to attract the innovative and the inventive…[and] create easier paths for the flow of scientists, engineers, and technologists into and out of public service.”

But many of Trump’s policies and budget choices run counter to this. Top universities and major tech companies have complained that Trump’s travel ban and crackdown on immigration make it more difficult to recruit the best and the brightest. The Republican tax bill moving through Congress is expected to make higher education more expensive for students, and the president’s budget request is widely viewed as an assault on health and science funding.

Finally, there are entire sections in the draft NSS dedicated to both valuing the rule of law (for example, “we treat people equally and value and uphold the rule of law”) and empowering women (for example, “we will support efforts to advance women’s equality, protect the rights of women and girls, and promote women and youth economic empowerment programs.”) Trump was caught on video bragging about “kissing, groping and trying to have sex with women during a 2005 conversation,” as the Washington Post reported last fall. He recently endorsed Roy Moore, who’s running for Senate in Alabama, and faces multiple allegations of sexual assault, including incidents involving girls as young as 14.

His administration also halted a rule, put in place by Obama, “intended to help close the persistent wage gap between men and women, as well as between racial groups, through greater pay transparency.”

He has undermined the rule of law repeatedly, personally attacking specific judges, the federal judiciary more broadly, as well as the FBI, the Justice Department and their leaders, some of whom he picked.

“Whatever value the language of an NSS has, that value depends on the credibility of the deeds and other words that might back it up,” Joshua Geltzer, a visiting professor at Georgetown Law School, and previously the senior director for counterterrorism on the NSC staff, said. “Sadly, there’s been too much in the past year designed to stoke fear and sow schisms to make credible language of unity, however much I do crave such unity.”

The draft NSS does contain a few uniquely ‘Trumpian’ themes, including multiple references to “sovereignty.” It states that “the United States affirms its sovereign right to determine who should enter the country and under what circumstances.” It also discusses physical border security, such as through “a border wall, the use of multilayered technology, the deployment of additional personnel” and through the use of “enhanced vetting of prospective immigrants, refugees, and other foreign visitors.”

Another classically ‘Trumpian’ theme is the idea that, while the liberal international order has helped advance U.S. interests in some cases, it has also hurt the United States. The NSS’s second pillar, “Advancing American Prosperity,” notes that “we oppose protectionism, but take the view that globalism and multilateralism have gone substantially too far to the point that they are hurting U.S. and global growth. Our partners and international institutions can and should do more to address economic and trade imbalances, including overcapacity in industrial sectors.”

There is also an entire section dedicated to regulatory reform and tax reform. The NSS asserts that “significant government intrusion in the economy” and “excessive regulation” have been particularly problematic.

McMaster previewed the strategy document’s key themes during a December 3 speech at the Ronald Reagan Library in California. He said the Trump administration is at a similar crossroads as the one President Ronald Reagan faced in 1987, when he signed the first national security strategy. “President Reagan described America as a shining city upon a hill and boldly spoke truth about the sufferings of people living under fear and oppression,” McMaster said. “Today, we are reclaiming this confidence in American values.”

But by comparing Trump to Reagan, McMaster also ignores Trump’s actual record and how it’s being perceived around the world. This disconnect is reflected throughout the NSS draft, and in the end, will undermine the usefulness of a document that’s supposed to usher in a “dramatic rethinking of American foreign policy from previous decades,” in McMaster’s words.

The NSS should be viewed “less as articulating substantive policies and more as offering, for domestic and foreign audiences alike, a language of foreign policy that’s most meaningful to the president, so that others can engage with him on his own terms and understand how particular policies of his fit into a broader world view,” Geltzer said. “That has value if, in fact, it speaks the president’s language and makes sense of how the different specific policies he’s pursuing fit together in his mind. If it doesn’t reflect those things, it’s not clear what the exercise has to offer.” 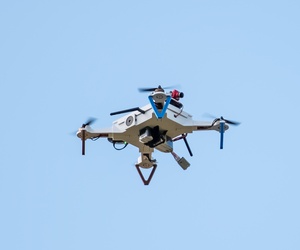 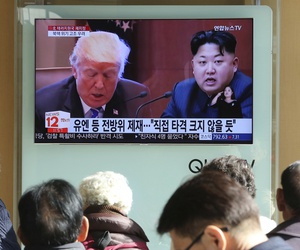 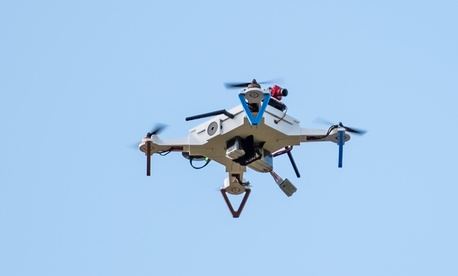 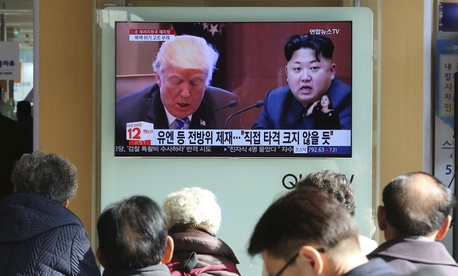