After ISIS, the US Faces Its Next Battle: Syria’s Erupting Fault Lines

Without leadership, Washington’s options are limited in the chaos of the civil war's end game.

The Syrian civil war may have entered its endgame, but its final stages will be messy and protracted as key stakeholders attempt to shape Syria’s end state in their interests. The winding down of the U.S.-led campaign against ISIS has re-exposed all of the latent fault lines in Syria, provoking new conflicts. Recent hostilities between Israel and Syria and Iran are only the latest and most dangerous manifestation of this perilous phase, while U.S. relations with Turkey over Syria’s fracture future are now at a “crisis point,” according to Secretary of State Rex Tillerson this week.

What can the Trump administration do? The options amidst this chaos are limited, but continued U.S. engagement will be essential.

Bolstered by Russia and Iran, the Assad regime has solidified its control over Syria’s strategic western spine and the eastern cities of Deir Zor and Abu Kamal. Any remaining opposition strongholds are now squarely in the regime’s crosshairs. And the prospects for a near-term political transition jettisoning Assad are virtually nil.

Assad’s victory may well be pyrrhic. The Syria emerging from seven years of civil war will be a Hobbesian world. While ISIS is on its back heels, former ISIS fighters could reemerge as a guerilla insurgency. The regime might exercise nominal control over critical swaths of the country, but its reliance on a patchwork of sectarian militias to assert its rule raises serious questions about its authority over these groups. A Western boycott of reconstruction in regime-held Syria will doom any economic revival of these areas. Instead, warlordism and a further entrenchment of the regime’s corrupt networks likely will endure.

Other regions will remain hot conflict zones. In rebel-held pockets such as Idlib, Assad will rely on brutal tactics including indiscriminate bombing and the use of chemical weapons to subdue the people. Already this year, regime attacks on civilians have spiked and Assad has continued his besiegement of east Ghouta, leading a United Nations official to decry the situation as “outrageous.”

Furthermore, those parts of Syria that remain outside regime authority, such as Raqqa and other ISIS-liberated areas held by the U.S.-backed Syrian Democratic Forces, or SDF, will contend with local conflicts and the challenges of post-ISIS stabilization. Ethnic tensions could emerge around Raqqa. With Syrian Kurds playing a dominant role in the SDF, their unwillingness to delegate significant authority to local Arab populations in Raqqa likely will constitute a future flashpoint.

All of this means that Syria’s endgame has ushered a sorting out of winners and losers with reverberations that already echo beyond Syria’s borders from Israel to Moscow. These emerging power dynamics will demand that the region’s players figure out new red lines between them and how to redefine strategic deterrence. In this precarious environment, the risk of miscalculation or an escalation of conflict will be high.

The cascading flashpoints that erupted between Israel, Iran, and Syria dramatically illustrate a dangerous new era inaugurated by Syria’s endgame. An Iranian drone violated Israeli airspace, prompting Israel to shoot down the drone and launch airstrikes inside Syria, then leading Syrian anti-air missiles to down an Israeli F-16, provoking further Israeli strikes on Syria.

It’s clear the Syrian regime feels emboldened by their gains in the Syrian civil war, and they, Iran and Hezbollah are now testing Israel’s tolerance of their enhanced military posture and capabilities. Tehran has underscored its enduring military presence in Syria. Israel has grown increasingly alarmed by the prospect of Iran’s establishment of a “strategic corridor” and its reported plans to build permanent military bases. Tel Aviv has also warned against Hezbollah’s growing military might.

Now that Syria has downed an Israeli fighter jet, Israel could decide to enforce its red lines. Some Israeli security experts of note believe additional hostilities are likely, including a wider conflict between Israel and Hezbollah in Lebanon, with potentially devastating results.

The Syrian conflict’s internal seams, where the proxies of global and regional powers are fighting to assert influence, are just as dangerous. A dizzying array of local, regional and global adversaries will increasingly bump up against each other along the contours of the conflict’s de-confliction lines, buffer zones, and de-escalation areas as they seek to stake a claim in a fragmented Syria.

Nowhere is this dangerous development more prominent than the Turkish-Kurdish conflict that has erupted in the Syrian-Kurdish enclave of Afrin. Vowing to oust “terrorists” from Syria’s border with Turkey, Turkish President Recep Tayyip Erdogan launched a military offensive into Afrin, pitting a U.S. NATO ally against the Syrian Kurds, the United States’ key partner on the ground in its counter-ISIS campaign. Erdogan has threatened to extend his military campaign further east to Manbij the western edge of the U.S. presence in Syria, raising the possibility of direct military conflict between the United States and Turkey. The top U.S. commander said American forces would not leave or abandon the SDF. Erdogan, in response, suggested Turkish forces may attack American troops and scare them away with an “Ottoman slap.” The battle in Afrin has already drawn Kurdish fighters away from their battle against ISIS remnants in the east, threatening to undermine a key U.S. priority in Syria.

Meanwhile, tensions between the United States and the Assad regime are escalating. The regime has called the United States an “occupying force.” Pro-regime Russian forces last week attacked an SDF base, prompting retaliatory U.S. strikes. The clashes took place in an oil-rich area where the SDF has gained control over some of Syria’s valuable oil assets which will be critical for the regime’s long-term survival. The regime’s attack could herald a more concerted effort to retake the oil fields, or worse – direct conflict with Russia. Roughly 300 Russians reportedly were killed or wounded in the American-led counterattack.

The United States has limited options to shape the contours of Syria’s chaotic endgame. Yet, by strategically leveraging its light military footprint and exploiting untapped opportunities for diplomacy, Washington can protect its gains against ISIS, deescalate tensions with Turkey and insulate regional allies from continuing Syrian fallout.

First, the U.S. should stay focused on stabilizing ISIS-liberated areas, working by, with and through local Syrian partners. With Syrian partners in the lead, the U.S. role would be focused and catalytic, guarding against “mission creep” but also foreclosing the emergence of power vacuums.

Washington should also heed Gen. Joseph Votel’s call and lead an international, public effort to raise funds from other countries—particularly from the Gulf states—to finance stabilization.

Diplomatically, the United States should do more to minimize the risk of miscalculation by everyone involved in the war.  The deconfliction lines with Moscow are working fine, by all accounts from senior U.S. military leaders. But the scores of 300 dead and wounded Russian mercenaries should show Moscow the dangers of escalating this conflict, not test American resolve to fight back.

In Lebanon, U.S. diplomats in the region should also continue to highlight the importance of Lebanese stability while emphasizing Israeli red lines to the Lebanese government and by extension Hezbollah. Similarly, the U.S. should reinvigorate crisis cells and hotlines with our regional allies to help safeguard against potentially lethal misunderstandings.

Finally, Trump administration and senior U.S. military officials must continue to lean on the Kurds and Turkey to deescalate those  tensions and convince Turkey to end it’s military incursion in Afrin. Specifically, the United States must acknowledge and respond to Turkish concerns over Kurdish terrorism (perhaps by offering Ankara greater counterterrorism assistance), while urging Turkish and Kurdish leaders to resume the peace talks which faltered in 2015.

Washington’s ability to shape developments in regime-held Syria is admittedly weak. While Assad remains in power, perhaps the best the United States can hope for is to keep countering the regime’s egregious behavior without further enflaming the conflict.

Mona Yacoubian is a senior advisor for Syria, Middle East, and North Africa at the U.S. Institute of Peace. 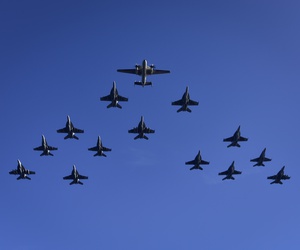 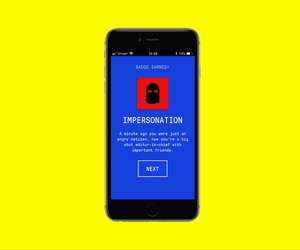 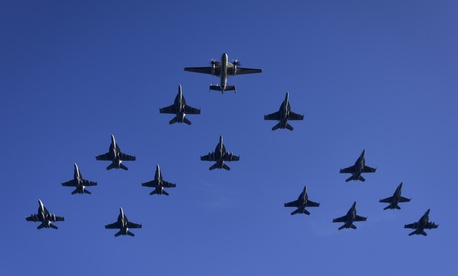 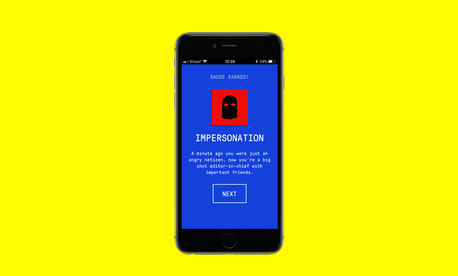