Last weekend’s security conference in Munich was a stark reminder that this class has nothing of substance to offer a world in turmoil.

Eighty years ago in Munich, French and British politicians handed Czechoslovakia over to Adolf Hitler’s carving knife. Twenty-five years later, a German veteran of the ensuing war founded a conference in Munich that, in its own way, was designed to ensure that such a mistake would never reoccur. That veteran, Ewald von Kleist, came from a distinguished Prussian military family; he served as an officer in the Wehrmacht, had opposed Hitler, and participated actively in a plot against him. He was sent to a prison camp, and was lucky to have escaped execution.

The conference was originally called Wehrkunde (loosely translated as “military affairs”), and since 1963 it has met almost every year in Munich. The picturesque old Bayerischer Hof Hotel, where the event is held each year, becomes a seething mass of nearly 700 politicians, businesspeople, pundits, and officers, all eyed coldly and shoved out of the way by squads of contemptuous bodyguards. Attendees not eminent enough to have reserved seating often cannot elbow their way to the policy wonk mosh pit that the conference floor morphs into. The bathrooms can barely handle their traffic, and the hotel takes on the moist warmth and stale air of an aging high school gym. But still they come, now in the many hundreds, slowed by the officious motorcades of the truly important, trudging past half a dozen security cordons manned by thousands of vigilant German police.

What was once a gathering of western national security experts, attended by a few scores of military people, civil servants, scholars, and journalists, has mutated into a policy happening attended by a global mob. And the seeming success of this event—its quantum growth in size, the policy stars it draws, the media attention it receives, its ever-growing sense of self-importance—masks its failure as an institution.

Typically, the highlights of the conference are the big speeches by ministers of defense or even prime ministers and presidents. In 2003, for example, there was a dramatic standoff between Donald Rumsfeld and Joschka Fischer, his German counterpart. By contrast, most of this year’s speakers, as one participant put it, “felt like they were phoning it in.” Sergei Lavrov, the Russian foreign minister, rather than appearing, as he usually does, like a man ready to rip a kitten’s head off to please his master in the Kremlin, merely stared with dead eyes as he delivered a ritual denunciation of European neo-Nazis. Lt. Gen. H. R. McMaster, President Donald Trump’s national security adviser, gave a punchy speech about the wicked enemies of freedom, peppered with some tart remarks about the recent indictment of Russian internet trolls who interfered in American elections. He may not even have boarded his airplane for the trip home before getting a hard Twitter slap from his boss, who still cannot admit, let alone choose to counter, the most severe attack on American democracy in our lifetime.

For decades now, the U.S. delegation to Munich has been led by Sen. John McCain. But this year his doctors kept him home. He was replaced by Sen. Lindsey Graham and a bipartisan group of senators and representatives. What were supposed to be two planes filled with senators, representatives, and a horde of the commentariat who serve as troubadours and court jesters for the people’s representatives, however, were light. Most of us had come to pay tribute to McCain, the grand old man who could weld Republicans and Democrats, former diplomats and journalists, into Team America, ready to show that, on the fundamentals, Americans agreed and stood undaunted. “What I fear, my friends, is that we have grown complacent,” McCain warned in 2015, as Russia despoiled Ukraine. “The values, customs, laws, and institutions that make up our idea of international order are neither self-enforcing nor self-sustaining.” In 2017, he reassured a world dismayed by the election of a self-professed America Firster by re-stating American values with ringing clarity. Many of us will not return to Munich next year without McCain’s flashing eye, honest wit, and unquenchable courage to call things, and people, by their names.

The Americans did their best, duly serving on panels and engaging in “bilats”—the unending pull-asides and separate meetings with their counterparts from other countries. They offered the right bipartisan formulae. They filed into crowded rooms for special meetings about social media and software tools they do not fully understand. But hanging over them was a mood of confused impotence. The attendees knew that U.S. officials might say the right things, but none could anticipate what their erratic, ill-informed, and temperamental president would do.

“Filling the Void” was the headline of The Security Times, a special publication put out by the conference.* On one side of the front page were pictures of a baffled-looking Angela Merkel and Emmanuel Macron; on the other, the considerably more cheerful and sinister visages of Vladimir Putin and Xi Jinping. No one left the Bayerischer Hof thinking that front page story had been unfair or misplaced. A void there was, and after three days of confabulation, a void there remained.

At events like the Munich Conference, it is no coincidence that the word “networking” has largely replaced the word “debate” among global elites. Most of the faces in attendance you could see at other, similar gatherings, like the World Economic Forum in Davos. You could sense the same frenetic socializing among those more eager to be seen than to make a point, more likely to ponderously recite conventional wisdom than to doggedly defend a point of view. When the Polish prime minister declared that Jews were also perpetrators of the Holocaust, there were mere tut-tuts in response. It is a far cry from the Wehrkunde founded by Kleist. His successor is a bland former German diplomat who greets everyone—free citizen or dictator’s henchman—as a long-time friend of the conference, to be cherished for that reason alone, rather than for what he or she says or believes.

What has happened here is the same phenomenon that explains so many of the ills of the last couple of decades: the algae-like bloom of elites and their simultaneous loss of substance. A younger John McCain would not have been unique for his qualities of wisdom and character at the earlier iterations of this conference. He would have been met by acute thinkers like Thérèse Delpech of France, staunch public servants like Manfred Wörner, a German defense minister and secretary general of NATO in the 1980s, or politicians like Dennis Healey of Britain. Their successors are cautious functionaries, pallid experts, and colorless politicians who think carefully about domestic audiences before speaking up abroad.

This political entropy seems to be a near-universal phenomenon in the Western world; why this is so is unclear, and probably has many explanations. But the nicely tailored generation represented in Munich this year seemed baffled by the re-entry into history of today’s authoritarians and fanatics. One wonders whether the attendees possess the steel of the earlier generation that took part in World War II, and in the subsequent struggle with Communism. Attempted Russian subversion of democratic elections in the United States and Europe elicited concern from some at the conference, but few were willing to call for a punitive response sufficient to inflict real pain on Moscow. Meanwhile, Russian oligarchs happily hobnobbed with Europeans looking to do business on the side.

Perhaps this is the inevitable price of the success of the West in creating societies prosperous beyond the dreams of 100 years ago. Perhaps it is the result of a culture that admires military courage but only from a safe distance, that makes democratic political life such a course of humiliation that few sane people will endure it, that has replaced intellectual brilliance with a Henry Ford-style industrialization of the life of the mind. Whatever it is, it hung over the conference like the February fog rising from the city’s slushy streets. This was not the Munich of Neville Chamberlain, but it was surely a long, long way from that of Ewald von Kleist, too. 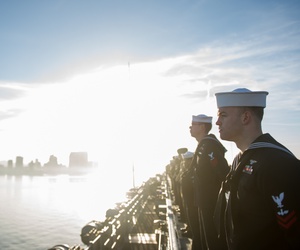 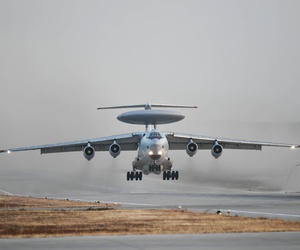 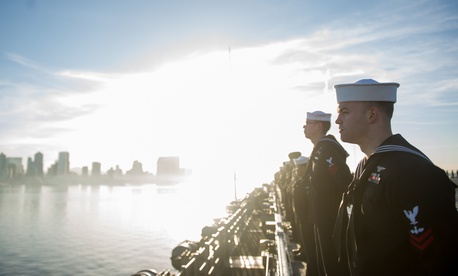 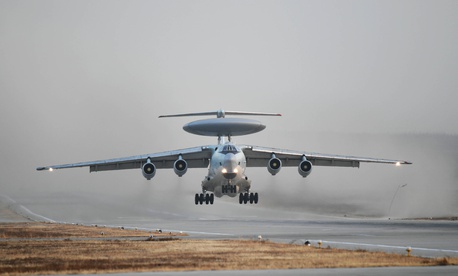