‘Russia Is Our Adversary’

Russia is eroding democracy by exploiting the nation’s divisions. To save it, Americans must begin working together.

Instead of debating whether or not Russia attempted to influence the 2016 elections—in ways that ranged from encouraging incorrect voting methods to promoting fake rallies to sharing false election stories—Americans should be debating how to counter this activity. The 2018 midterm elections are fast approaching, and the threat remains.

Before I was elected to represent southwestern Texas in the U.S. Congress, I spent almost a decade as an undercover officer in the CIA. I served in places where Russia has geopolitical interests, and learned that Russia has one simple goal: to erode trust in democratic institutions. It has weaponized disinformation to achieve this goal for decades in Eastern and Central Europe; in 2016, Western Europe and America were aggressively targeted as well. Social media is merely a 21st-century mechanism to fuel the familiar Cold War-propaganda machine. The Russians know that well executed disinformation, when exercised tactically, can quickly metastasize.

Unfortunately, over the last year, the United States has demonstrated a lack of resilience to this infection. The current highly charged political environment is making it easier for the Russians to achieve their goal. The hyperbolic debate over the release of the FISA memos by the House Intelligence Committee further helps the Russians achieve their aim. Most recently, Russian social-media efforts used computational propaganda to influence public perceptions of this issue, and we found ourselves once again divided among party lines.

The cycle will not stop, and Russian influence operations will continue, unless we take immediate action.

To address continued Russian disinformation campaigns, we need to develop a national counter-disinformation strategy. The strategy needs to span the entirety of government and civil society, to enable a coordinated effort to counter the threat that influence operations pose to our democracy. It should implement similar principles to those in the Department of Homeland Security’s Strategy for Countering Violent Extremism, with a focus on truly understanding the threat and developing ways to shut it down.

There are several ongoing public- and private-sector initiatives at home and abroad taking on the challenge of understanding and discrediting disinformation. Facebook, Twitter, and Google have testified to Congress on their internal efforts. Organizations like Jigsaw, the Atlantic Council’s Digital Forensics Research Lab, the German Marshall Fund’s Alliance for Securing Democracy, and the European Centre of Excellence for Countering Hybrid Threats have launched initiatives to develop strategies of their own.

Children know not to talk to strangers, yet people, young and old, seem to share social-media content freely from strangers they know nothing about. To address this, educators are beginning to develop new literacy materials for the public to better assess the credibility of news reports and sources.

All these nascent efforts are important, but we need to marshal these independent initiatives into a comprehensive, national counter-disinformation strategy against third-country influence operations.

Successful strategy implementation will require three key decisions. First, we must identify a lead coordinator to incorporate the efforts of a diverse group of stakeholders. Given the near-term challenge of countering influence operations against the midterm elections, it would be simplest to designate an existing organization like the National Association of Secretaries of State that oversees elections at the state level. Second, we must define concrete roles and responsibilities for supporting public and private stakeholders. Finally, we must determine the capacity and infrastructure needed to execute and adapt accordingly.

When we lose trust in our democratic institutions, we are left unable to leverage our most important power—the power of inspiration. Lincoln described the U.S. as “the last best hope of earth,” Kennedy called on Americans to be the “watchmen to the walls of world freedom,” and Reagan likened his country to a “shining city upon a hill whose beacon light guides freedom-loving people everywhere.” They understood the power of a nation that believed in itself.

If we choose to live in a society where mutual understanding is no longer a virtue, our enemies will continue to exploit the divide. While our armed services, intelligence community, and law-enforcement agencies continue to hold the line against our adversaries, and our civilian leaders work on a counter-covert-information strategy on a new plane of battle, every citizen must play a role, too. Americans must stop contributing to a corrosive political environment and reestablish a climate of bipartisanship. There is no better way to resist division than to be transparent, trust each other, and work together. The future of our democratic system is at stake. 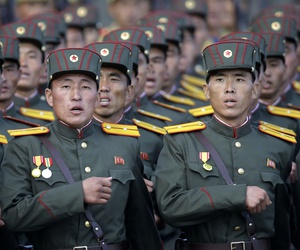 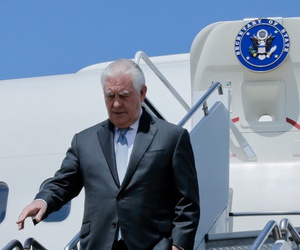 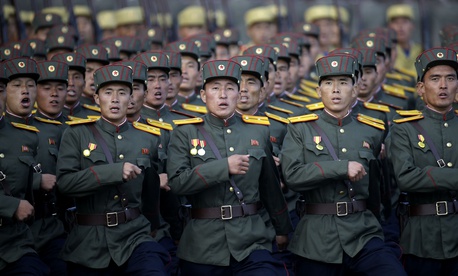 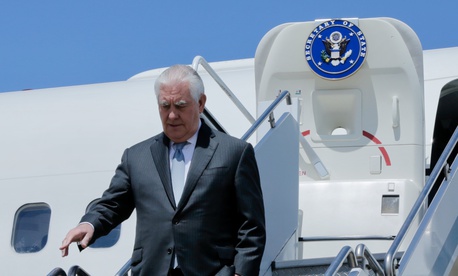