Here’s How Multi-cloud Is Driving the Future of Government Work
Skip to Content
Get all our news and commentary in your inbox at 6 a.m. ET.
Ideas
Expose — and Hinder — China’s Actions in the South China Sea

The U.S. needs to systematically collect and publicize data on China’s efforts to expand and consolidate its control in the area. 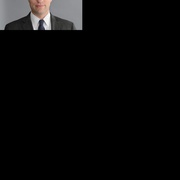 China is advancing toward its goal of establishing administrative control over much of the South China Sea. This trend is heightening regional concerns about the reliability of the United States, and enhancing China’s coercive leverage over the commercial and military activities of surrounding countries. If left unabated, the cumulative effect of China’s expanding influence in the South China Sea will make it increasingly difficult for the United States to defend its interests in Southeast Asia: U.S. security partnerships will weaken, the U.S. military will be left with fewer access and presence agreements, and neither regional institutions nor international law will substantially constrain China’s behavior.

To prevent these outcomes, it is vital for the United States to implement a comprehensive set of policies that include military, economic, and diplomatic elements. As part of a broader strategy for the South China Sea, the U.S. government should initiate information operations that hinder China’s ability to expand and consolidate its control of the waterway and the airspace above it. Specifically, the U.S. Congress should require the U.S. State Department to provide regular public reports on China’s military and coercive activities in the South China Sea. Greater transparency would help to counter China’s deceptive propaganda about its own behavior, elevate the issue in regional and international forums, and compel regional governments to respond more vigorously to China’s actions. The resultant collective international pressure and evident diplomatic and security costs for China could lead Beijing, as it has at times in the past, to recalibrate and adjust its actions in the South China Sea.

The Power of Transparency

The dearth of public information about China’s activities in the South China Sea has hampered regional coordination and abetted China’s ability to take incremental steps to consolidate control. Countries in the region currently lack sufficient surveillance capabilities to monitor even their own exclusive economic zones, much less keep track of China’s military deployments and infrastructure development on its artificial islands. In the absence of competing accounts, Chinese senior officials and propaganda organs have perpetuated a misleading narrative of Chinese restraint. In August 2015, for instance, Chinese Foreign Minister Wang Yi claimed that China had ceased all land reclamation in the South China Sea. This statement was patently false, and yet in the absence of sufficient countervailing evidence, other regional leaders cited Wang’s pledge as justification for their own subdued approach.

The lack of transparency has also diminished incentives for regional governments to respond to China’s actions by curbing domestic political pressure over issues that would otherwise evoke strong nationalist sentiments. There have been notable instances over the last decade when disclosure of China’s actions led to public outcry in regional countries, which in turn compelled governments to respond independently, with one another, and with the United States. This has been particularly vivid in the Philippines, where, despite President Rodrigo Duterte’s attempts to disregard China’s actions, the government has nonetheless had to respond more forcefully in the wake of revelations about Chinese violations of Philippine sovereignty and maritime rights.

The United States should address the information deficit in the South China Sea by releasing a steady stream of imagery of China’s activities. Research and media organizations have at times made use of commercial satellites to monitor the South China Sea, but the availability of the imagery is inconsistent, the release of the photos is often delayed by at least several months, and, without the benefit of other intelligence, satellites are not necessarily directed at the appropriate targets. In contrast, the U.S. government monitors China’s activities through intelligence collection with manned and unmanned surveillance aircraft, as well as satellites. Nevertheless, U.S. intelligence agencies have almost always kept these pictures classified, repeatedly rejecting requests from Defense and State Department officials to make the images available to the public. This practice within U.S. intelligence agencies has limited the ability of U.S. diplomats and defense officials to use strategic messaging and information operations as part of U.S. policy in the South China Sea. Policymakers, however, do have means available to require greater declassification if circumstances warrant, as in the case of the South China Sea.

Executive Order (EO) 13526, last amended on December 29, 2009, provides current U.S. government standards for classifying and declassifying information. According to EO 13526, the original classifying agency—generally either the National Geospatial-Intelligence Agency (NGA) or the Defense Intelligence Agency (DIA) in the case of South China Sea imagery—has authority to declassify information if “the public interest in disclosure outweighs the damage to the national security that might reasonably be expected from disclosure.” For satellite imagery, intelligence experts suggest that classification is warranted because careful examination of a large number of photos could reveal certain patterns of collection. In contrast, similar arguments about potential damage to sources and methods for U.S. manned and unmanned aircraft are less compelling.

China is well aware of U.S. aerial reconnaissance operations, some of which have even carried videographers and reporters from major U.S. media outlets. Moreover, to the extent that the specific precision of U.S. imagery warrants classification, the images can be cropped, re-projected, and blurred for public release. As a result, there is a strong case available to policymakers that the public interest in releasing aircraft-generated images outweighs the potential damage of disclosure.

To create more transparency on China’s actions in the South China Sea, the United States should undertake the following measures:

These steps have the virtue of requiring few, if any, additional U.S. resources. The U.S. government is already doing the relevant intelligence collection and analysis; the quarterly public report could be sourced directly from products already generated by U.S. intelligence agencies. The principal obstacle to date has been bureaucratic resistance by the U.S. intelligence community, which could be overcome with a memo by the secretary of defense to the directors of NGA and DIA.

This proposal carries potential risks, but none so significant to outweigh the benefits. China would surely protest, and possibly increase harassment of U.S. surveillance aircraft. It is unlikely, however, that China would respond by severely aggravating U.S. interests in critical policy areas, such as North Korea, where China’s actions are dictated by other vital interests. Separately, greater public disclosure of China’s actions could increase tensions between China and regional countries, but the probability of major conflict remains low. China’s strategy in the South China Sea has been predicated on expanding its control without risking a military confrontation. The lack of resistance has emboldened leaders in Beijing to continue militarizing the South China Sea. A concerted pushback could make a difference.

Finally, this recommendation has the advantages of being politically viable and consistent with the Donald J. Trump administration’s declared strategy of taking a more competitive approach toward China. Publicly releasing images of Chinese activities of concern is a readily available and low-cost measure that should accompany, if not precede, any broader regional strategy.

The Council on Foreign Relations takes no institutional positions on policy issues and has no affiliation with the U.S. government. All views expressed in its publications and on its website are the sole responsibility of the author or authors.

NEXT STORY: WATCH: Day One of the Navy League’s Sea-Air-Space Exposition 2018