We must reintegrate arms exports into the U.S. foreign-policy process — and do a far better job of explaining why than the Trump administration has managed so far.

The White House last week released a new plan—called “Buy American”—to shore up U.S. arms sales to global friends and allies. It’s borne out of President Donald Trump’s desire, which he articulated during his presidential campaign, to sell more American weapons as a means to boost the U.S. economy and create more jobs.

Trump sees how U.S. allies, especially the French and the British, often deploy their heads of state and top officials to negotiate arms deals worth billions of dollars, primarily with Arab Gulf countries. He’s in favor of that approach and is eager to copy it.

For years, customers of U.S. arms, including the closest NATO allies, have complained to the United States about its excessively complicated and slow Foreign Military Sales process, often sending their top political and military officials to Washington to lobby for U.S. reforms.

Various reforms to loosen U.S. export-control rules and speed up the release of U.S. weapons have been enacted by previous administrations, especially under President Barack Obama, but Trump sees them as insufficient to meet his top priority of bureaucratic efficiency. The administration wants to get serious about cutting the red tape in order to maintain America’s edge in international defense markets and further promote the U.S. defense industry.

That’s all good and well, but beyond relaxing our restrictions on U.S. drone exports, there is very little that is substantively new about Trump’s policy. Indeed, it heavily borrows from Obama’s Presidential Policy Directive-27 in 2014. And in a way, it says both everything and nothing at the same time, almost anticipating criticisms from all directions and seeking to preempt them.

Yet despite its comprehensive and balanced nature, the new policy has received much bad press. The biggest complaints have come from members of the arms control community and the human rights community, who have argued privately that the administration is so focused on selling that it seems to have neglected human rights considerations and nonproliferation concerns.

I’d say both criticisms are unfair. There is strong language on, and thus recognition of, the U.S. concern over not only human rights but also broader “economic, political, or social effects [of arms transfers] within the recipient country.” Tying—or at least seeking to tie—arms sales to U.S. national security and foreign policy is also a U.S. interest that is clearly codified in the document. Both factors are very much consistent with previous arms sales policy.

The real challenge for the administration is twofold: implementation and optics. The first is an endless struggle because it reflects the complexities of the relationships we have with friends and allies around the world. Some of these friends and allies are more sensitive to our arms transfer concerns and conditions than others. And each relationship is unique, posing a different set of challenges for U.S. arms sales policy and broader U.S. foreign policy.

Successful implementation is also a product of the very functioning of our inter-agency process, which has been problematic, to put it mildly. Despite recent limited progress on coordination and cooperation between the State Department and the Defense Department with the promulgation of the 2017 National Defense Authorization Act, Section 333, there is still a ton of room for improvement. The turf battles on security assistance in the U.S. government are very real; the issue of who has more or fewer authorities and funds remains contentious.

The second is a problem of the administration’s own doing. There has always been an emphasis on safeguarding economic security and creating jobs through the sale of U.S. weapons. But Trump has made it seem like all America cares about is selling more and bigger. It doesn’t reflect reality, but it also doesn’t change the fact that the optics are terrible.

For example, when Trump met with Saudi Crown Prince Mohamad Bin Salman on March 20 in the Oval Office, he was so excited about how many arms Riyadh was buying from us that he brought with him charts of Saudi purchases. The press conference was embarrassing to us and the Saudis and it made many U.S. officials who have worked hard on the new arms sales policy cringe.

The optics are so bad that Trump’s case for reforms seems purely driven by business and political logic, when in fact it’s not true. The new policy acknowledges the multifaceted role of arms sales in our nation’s foreign policy but its top architect—-the president himself—-chooses to unnecessarily over-emphasize the economic argument.

If the narrative and perception is to sell more, expect more hearings on the Hill in which senior administration officials get grilled by members of Congress. Why? In case you haven’t been following the news lately in Iraq, Syria, or Yemen, we have gotten ourselves into some serious trouble because of arms we’ve transferred to partners in those countries. And Congress is absolutely livid about American weapons often ending up in the hands of Al-Qaeda and Iraqi militias under Tehran’s control, or contributing to Yemen’s humanitarian disaster.

To be clear, I am not arguing for curtailing U.S. weapons exports. I don’t believe that U.S. arms sales fuel conflicts or cause human rights violations. Nations will go to war and autocrats will repress societies with or without American arms.

Economic profit is fine and necessary, but it shouldn’t drive—-and shouldn’t even be perceived to drive—-U.S. arms sales policy. Our No. 1 priority is to reintegrate arms sales into the U.S. foreign-policy process, and publicly articulate this much better than the administration has so far. 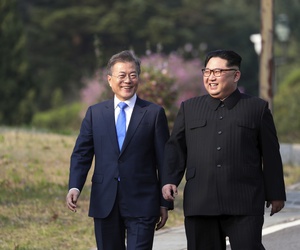 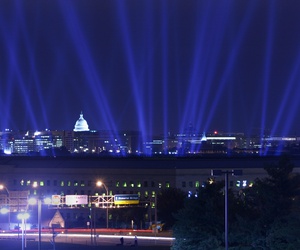 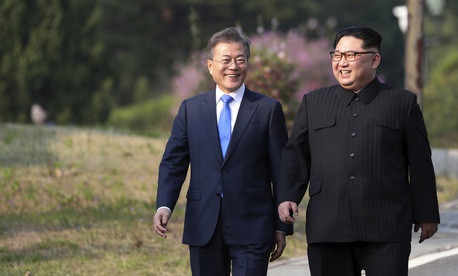 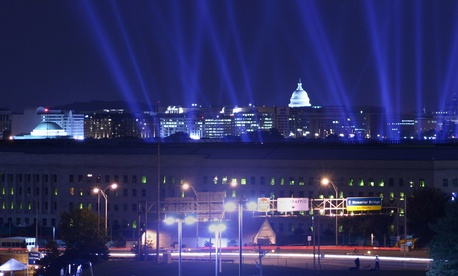