‘All Is Shambles’: The Days After the Iran Deal

President Donald Trump delivers a statement on the Iran nuclear deal from the Diplomatic Reception Room of the White House, Tuesday, May 8, 2018

Prominent advocates for withdrawal grappled too little with the possibility that the president cannot pull this off.

Read some of the most prominent critics of the Iran nuclear deal and you’ll notice something: They seem to be preparing their alibis in case Donald Trump’s decision to withdraw from it proves a catastrophic mistake. Trump, wrote Bret Stephens on Tuesday in The New York Times, “was absolutely right” to leave the agreement, “assuming, that is, serious thought has been given to what comes next.” On Twitter, Mark Dubowitz, CEO of the Foundation for Defense of Democracies (FDD), perhaps the most relentlessly anti–Iran deal think tank in Washington, explained that, “I have concerns. It’s a high risk strategy with potentially big rewards if it can be successfully implemented but dangerous consequences if it isn’t.” Last week, near the end of a series of exchanges at The Atlantic with the former Obama administration official Philip Gordon, in which he repeatedly bashed the Joint Comprehensive Plan of Action (JCPOA) with Iran, Dubowitz’s FDD colleague Reuel Marc Gerecht declared that, “It isn’t that hard to devise a credible post-JCPOA approach to the clerical regime.” But he later added, “I do not know whether Trump is capable of pulling this off.”

This is malpractice. It’s malpractice because whether the Trump administration has given “serious thought” to “what comes next,” and whether its post–Iran deal strategy “can be successfully implemented” are questions Stephens, Dubowitz, and Gerecht have an obligation to factor into their analysis of whether Trump should withdraw at all. You can’t cordon off the practical consequences of leaving the deal from the theoretical virtue of doing so. In theory, I’d like my 10-year-old to cook our family a four-course meal. But unless I have good reason to believe she’s “capable of pulling this off,” it’s irresponsible for me to scrap our current dinner plans.

Determining whether the Trump administration has given “serious thought” to what to do after exiting the Iran deal is not like determining whether robots will rule the world in 2080. It’s an answerable question. Bret Stephens works at The New York Times. Rather than “assuming,” he could have picked up the phone and talked to Trump officials or officials from those European governments whose help Trump would need to craft a new pressure strategy against Tehran.

In the last few days, some reporters have done exactly that. What they have found is both frightening and entirely predictable given what we know about the Trump administration. On Tuesday, CNN’s Michelle Kosinski tweeted a quote from a “Sr. European diplomat, on dealing with State Dept today re Iran: ‘All is a shambles there. Total incoherence between State and NSC. Plus, no one has any clue on the day after. There is no strategy.’” That same day, when asked by a reporter whether European governments would support new sanctions against Iran, an unnamed State Department official admitted that in their conversations with allies before Trump announced America’s withdrawal, “We did not talk about a Plan B.” When a reporter asked, “What makes you think that Iran is going to go along with a whole new renegotiation?” the official replied, “We don’t know if they will.”

None of this, I suspect, would surprise Stephens at all. In a column last year about “the enormity” of Trump’s “stupidity” when it comes to making sound public policy, Stephens compared the implementation of his travel ban to “a dunce trying to squash a snail by dropping a brick on it, only to have it land on his own foot.” Even in firing James Comey, Stephens remarked, Trump had proven “spectacularly incompetent.” Such insights might have helped Stephens decide whether the Trump “administration is capable of following through” on something as difficult as reassembling an international coalition to force Iran to accept a tougher nuclear deal. Yet Stephens brought none of these insights to bear.

Dubowitz and Gerecht might argue that, unlike Stephens, they have not explicitly endorsed Trump’s decision to withdraw. In a nine-part Twitter thread responding to Trump’s announcement, Dubowitz said he “would’ve much preferred to see a US-E3 agreement first.” But he also explained that Trump’s decision might bring “big rewards” or “dangerous consequences” depending on whether “it can be successfully implemented.” Sure, but everything hinges on the relative likelihood of those two outcomes. And on that question, Dubowitz retreats into agnosticism.

Gerecht’s handling of this is even more bizarre. In the final paragraph of his multi-part exchange with Gordon, he declares, “I do not know whether Trump is capable of pulling this off.” And then adds, “Odds are he is not.” Then why not oppose pulling out of the deal? Because, Gerecht explains, “We don’t get the president that we want; we get the president that the American people choose.” Which means, evidently, that when offering advice on high-stakes foreign policy decisions, commentators should ignore everything they know about whether the president charged with implementing those decisions is capable of effectively doing so.

If Gerecht’s formulation sounds familiar, perhaps it’s because it vaguely echoes what Donald Rumsfeld said to U.S. troops in Iraq: “You go to war with the army you have, not the army you might want.” Since 2003, many people who supported the Iraq war (as I did, wrongly), have bemoaned the way it was carried out. In an interview on Fox before becoming national-security adviser, John Bolton insisted that, “The overthrow of Saddam Hussein—that military action—was a resounding success. I think the mistakes that were made subsequently … are lessons about what to do after a regime is overthrown.” In his book, America in Retreat, Stephens writes that the “light footprint” strategy that the U.S.“relied upon for occupying Iraq following the fall of Baghdad … helped accelerate the country’s descent into chaos.”

But the Bush administration’s refusal to send enough troops to Iraq to stabilize the country after Saddam’s fall was entirely predictable. A few weeks before the war, The New York Times reported that Army Chief of Staff Eric Shinseki—a veteran of America’s peacekeeping operations in the former Yugoslavia—had told the Senate Armed Services Committee that stabilizing Iraq would require “something on the order of several hundred thousand soldiers.” Shinseki’s comments represented a clear critique of the Bush administration’s “light footprint” war plan. And they occasioned a public rebuke from Defense Secretary Donald Rumsfeld, who said, “the idea that it would take several hundred thousand U.S. forces, I think, is far from the mark.”

Top Bush officials also reprimanded the White House economic adviser Lawrence Lindsey when he predicted the war might cost “between $100 billion and $200 billion.” The Bush administration’s disastrous handling of Iraq’s occupation, in other words, was not a surprise. Top Bush officials practically boasted about their refusal to devote as many troops, or spend as much money, as their own military and economic experts recommended.

Then, as now, the real question is why some people choose to ignore them. 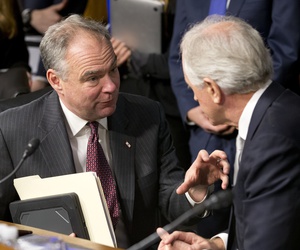 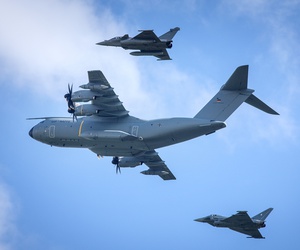 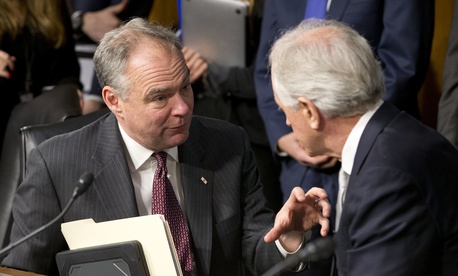 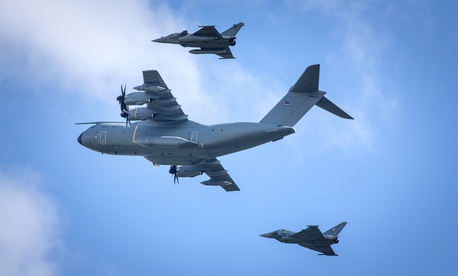