President Donald Trump speaks in the Roosevelt Room of the White House, May 24, 2018, in Washington.

Kim Jong Un doesn’t need to dance with Trump. He’s got his own nuclear weapons.

I woke up in foggy coastal California this morning to the sounds of toddlers wanting breakfast, and Twitter. Pre-coffee, pre-shower, and not without trepidation, I lifted my phone to see 20-plus alerts. North Korea had blown their nuclear test tunnels! Trump cancelled the nuclear summit. WTF.

North Korea invited about twenty foreign journalists to witness the destruction of the test tunnels at North Korea’s Punggye-ri Nuclear Test Site. After a long dusty journey on plane, train, bus, and foot the journalists reported seeing explosions at Tunnels 2, 3, and 4. Tom Cheshire of Sky News called in to report, “There was a huge explosion. You just could feel it. Dust came at you, the heat came at you. It was extremely loud.

We don’t yet have the footage, because the reporters are without satellite phones or internet access. They are still in North Korea on an even more bizarre trip home next to their North Korean minders who are astonished. Hours after the North Koreans collapsed their test tunnels at the nuclear test site, Trump announced he was jilting their Supreme Leader.

In a winding, childish letter, Trump managed to: one, downgrade Kim Jong Un from Supreme Leader to Chairman in formal communication; two, sound like his feelings got hurt; and, three, invoke God to announce that his nuclear weapons are “so massive and powerful.”

He also reminded Kim that he got three American hostages out of the deal, without mentioning the American reporters currently there, ending with “please do not hesitate to call me or write.” Mmmkay. Did someone’s logistics team get lonely in Singapore? Setting aside visions of Trump staring out the window of the Oval Office on Prom Night, what does it mean?

Well, now that I’ve had a cup of coffee, I can tell you that’s it’s not great. Kim Jong Un doesn’t need to dance with Trump. He’s got his own nuclear weapons, and as he said in his New Year’s address, North Korea is open for business. Kim is “satisfied” with their nuclear weapons program, and they are now turning their attention to economics.

Kim Jong Un doesn’t even need the Punggye-ri Nuclear Test Site anymore. He’s just got to produce more of what he already has. Satellite-imagery wonks like me are going to turn their attention to activity at sites in North Korea indicating more fissile material, more missile production, and more of those cute indigenous trucks to carry their missiles around.

Kim can fire off a few insults from the comforts of one of his villas and just switch to mass production. He will still seek economic opportunities, and sleep soundly at night with the self-righteous belief that his “treasured nuclear sword” will keep him from dying a Muammar Gaddafi death.

Now the world turns to Xi Jinping as the grown-up of the situation. He’s got a stake in keeping the status quo in the region, and he’s going to do everything he can to calm it down. He doesn’t want John Bolton stirring things up with military options, he doesn’t want more ballistic-missile defenses pointed at China, and he really doesn’t want North Korea setting off an atmospheric nuclear test on the tip of a missile.

Me? I want to go home to my toddlers and ditch the crybabies engaging in cross-ocean tantrums. 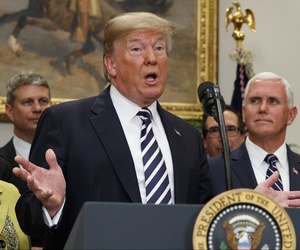 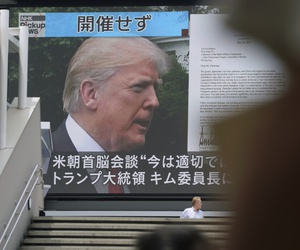 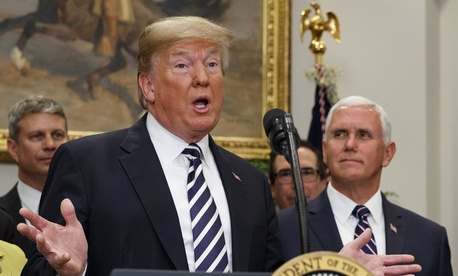 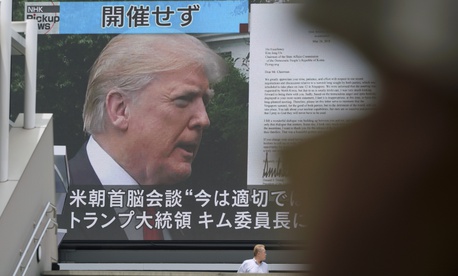