Syria Is Now In Charge of the UN’s Disarmament Efforts. Really.

Syrian Ambassador to the United Nations Bashar Ja'afari speaks during a Security Council meeting on the situation in Syria, April 14, 2018 at United Nations headquarters.

The U.S. says the Assad regime’s repeated use of chemical weapons on civilians should disqualify it from the post.

In ordinary times, the work of the Geneva-based Conference on Disarmament, a UN body that negotiates international arms-control agreements, draws little attention. Then came this week’s news that Syria, a country with a well-known propensity for using chemical weapons against civilians, would assume the organization’s rotating, four-week presidency. The temporary post gives Syria the power to take the lead on issues the Conference is working on—meaning that the already deadlocked body will have an even harder time achieving meaningful results.

The Conference and its predecessors have built the architecture of the global nonproliferation system, which includes the nuclear nonproliferation treaty, the global conventions to ban the use of biological and chemical weapons, and the comprehensive test ban treaty. Handing Syria the reins of an organization responsible for the most important global accords on disarmament is a bit like asking the Saudis to lead a commission on women’s rights. During the country’s more than seven-year-long civil war, the Assad regime has used chemical weapons against its own people on multiple occasions—with virtually zero consequences. But its use of conventional weapons has perhaps wrought more suffering. The Syrian conflict has killed more than 500,000 people, flattenedentire cities, and created more than 5 million refugees.

Syria’s presidency also showcases the awkward nature of international organizations like the Conference, composed of some of the most problematic actors on the global stage. Because of the nature of organizations like the Conference, many of which feature similar rotating presidencies, the Syrias of the world often wind up at the helm of the very bodies that work to curb their activities. For instance, Saudi Arabia, whose air force has been bombing targets in Yemen’s bloody civil war, is a member of the UN Human Rights Council. Iran, similarly, sat on the UN Economic and Social Council’s Commission on the Status of Women. Both countries were elected to those positions by other member states. The case of Syria and the Conference on Disarmament is different, however: It will take leadership of the body only because it follows Switzerland, the country that occupied the presidency until last week, in the alphabetical list of the members of the Conference. (Tunisia comes next.)

Even before Syria took up the Conference’s presidency, it already faced significant obstacles. Because the 65-nation Conference works through unanimous consent on its decisions, the odds of every one of those 65 members agreeing to do anything are unlikely, and the organization has been stymied for approximately two decades. In that period, the Conference’s members have met only to hold technical and expert-level discussion on issues. “The Conference on Disarmament is not particularly productive at the moment,” Daryl Kimball, who is the executive director of the Arms Control Association in Washington, told me.

One longstanding U.S. goal at the Conference is to begin negotiations on a treaty to cut off the production of fissile material. Other countries have different priorities: China and Russia want to see talks on a treaty to prevent an arms race in space. Several other members of the Conference want to start work on a treaty clarifying that a nuclear-armed state will not use or threaten to use nuclear weapons against a country with no nuclear weapons. But because the Conference works via consensus, one country can raise an objection to another’s priorities, and, as Kimball put it, “they have not been able to begin a formal work plan on any of those issues.”

On Tuesday, Robert Wood, the U.S. ambassador to the Conference, walked out of the plenary in protest of Syria’s assumption of the presidency, which he labeled a “travesty.” He returned later to condemn the Assad regime for its repeated use of chemical weapons against Syrian civilians:

I informed CD members that throughout Syria’s four-week presidency, the US would not attend any subsidiary body mtgs. or any informal sessions convened by the presidency. Syria’s presidency cannot be business as usual. I will, however, call out the regime’s crimes in plenaries. pic.twitter.com/fDMK5MXV8N

Such opprobrium from an American official isn’t out of the ordinary. The United States raised similar protest when Iran assumed the presidency in 2013. “It’s perfectly understandable and justifiable for the United States to object to Syria taking on this role because it legitimizes Syria as a credible actor in the international stage when it isn’t,” Kimball said. But, he added: “It also interferes with our own objectives to the extent that we and other countries have goals that we want to achieve.” Syria’s presidency will likely not help. 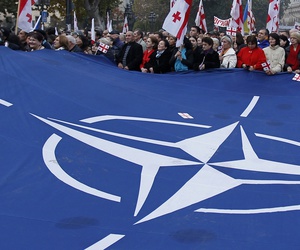 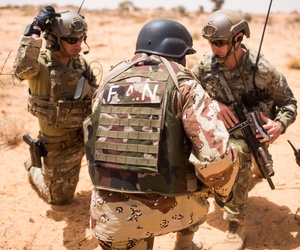 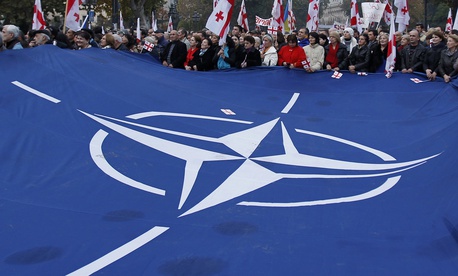 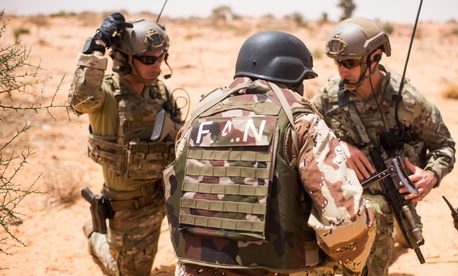