After years of complaining that Europe isn’t doing enough to defend itself, concerns about U.S. arms exports are misplaced.

In late December, all but three European Union nations agreed to activate the continent’s latest, and perhaps most promising, effort to coordinate their defense investments. This initiative, dubbed PESCO for Permanent Structured Cooperation, has largely been met with bewilderment and concern on this side of the Atlantic. But U.S. officials should welcome it — and press the EU’s leading nations to use its framework to move from project-based collaboration to properly resourced militaries with credible capability.

Thus far, deeper EU defense cooperation has remained more of a dream on paper than reality. These efforts began in earnest at the 1998 St. Malo Summit where French President Jacque Chirac and British Prime Minister Tony Blair signed a declaration recognizing the EU’s need to “have the capacity for autonomous action, backed up by credible military forces, the means to decide to use them, and a readiness to do so.” The announcement caused alarm in the Clinton administration. During NATO’s 50th anniversary summit, then-Secretary of State Madeline Albright proclaimed that there should be no delinking European defense from NATO, no duplication of existing efforts, and no discrimination against non-EU members.

In reality, however, terms such as “structured,” “closer,” and “enhanced” have long elicited debate, disagreement, and fear even among some EU nations themselves. Long-standing concerns about a stronger EU gradually eroding national sovereignty, laying the foundation for an EU army, or weakening NATO have thus far precluded more meaningful cooperation across procurement, capability development, and operations. Any sharing, pooling, and common decision-making that did occur under the EU’s Common Security and Defense Policy (CSDP) suffered from shrinking defense budgets and only episodic attention on defense.

This hesitance is reflected in the lengthy time between the establishment of PESCO — in the 2009 Lisbon Treaty, so long ago that it has been dubbed the “sleeping beauty” of defense cooperation — and its activation in December. PESCO’s nonbelievers have a point: why would it work now?

Two dynamics make PESCO different from past attempts. First, the geopolitical context has been transformed by escalating threats and alliance uncertainties. Many European allies are finally reversing decades of inadequate defense spending. Key countries such as Germany are belatedly recognizing the need to do more to provide for their own security. Last year, EU leaders created a European Defense Fund, which is projected to become a multi-billion-euro account by the early 2020s.

Second, by putting “Permanent” in the title, the EU is trying to signal its desire to make PESCO members committed and accountable. These nations have pledged to regularly increase defense budgets in real terms, genuinely pursue national investments with due consideration for collective capability needs, expose national plans to EU scrutiny, and, ultimately, provide more strategically deployable forces than currently available today. The hope is that PESCO’s focus on individual member state accountability will make it more difficult for nations to shirk their individual commitments. Participating nations will be subject to regular assessments by the European Defense Agency and European Union External Action Service to review progress on national commitments, multinational projects, and collective targets. As in any grouping, though, some actors will underperform. In anticipation of such a scenario, PESCO offers the option for a qualified majority vote to suspend a nation’s membership.

One test of PESCO’s long-term viability is if member states ever consider such a suspension to enforce compliance. Another test will be how the concept evolves past its initial framework, which fosters multinational cooperation only at the project level.

The first projects, approved in March, range in scope, purpose, and number of participating nations; control over contributions remains up to the individual nations. For example, a Dutch-led initiative aims to improve military mobility and ease regulatory, logistical, and infrastructure obstacles. Other projects focus on developing future capabilities, coordinating responses to emerging threats, and centralizing services. Whereas the mobility project has secured participation from most PESCO members, others (like the European Medical Command) have only gained traction among a smaller subset of nations. This bottom-up, project-based approach is a starting point, and could lay the groundwork for more ambitious multinational procurement initiatives in the future.

In the longer term, member states could also take a top-down approach whereby PESCO’s projects would be derived from a broader EU military level of ambition and with due consideration for NATO objectives. In a post-Brexit world, the momentum behind PESCO offers an opportunity to revisit the EU’s legacy goal of deploying and sustaining 60,000 ground troops as part of a joint force. One possibility is that the Europeans create a medium-sized multinational force construct larger than an EU Battlegroup but smaller than envisioned in the original goal. This force could play a leading role in scenarios such as peace support operations in the Western Balkans or an intervention of similar scope to Libya in 2011, albeit most likely with American and British contributions and the use of NATO’s command structure through the Berlin-Plus arrangement. Whatever the parameters of a new headline goal, PESCO’s full potential will be realized only if its leading nations expand beyond the CSDP’s traditional focus on civilian and non-executive military operations outside its borders.

PESCO’s envisioned projects (or force constructs) would also need to evolve from a focus on efficiencies to generating a requisite amount of capacity. Military mobility represents a real need, and a medical command has promise, but which combat formation would be more mobile and who would receive the medical assistance?

Finally, the United States has shown a reticence to fully embrace the idea of deeper European defense integration. The major concern appears to be that PESCO could cut U.S. industry out of European defense. The U.S. Ambassador to NATO recently said that the United States does not want PESCO to turn into a “protectionist vehicle for EU,” adding that “We’re going to watch carefully, because if that becomes the case, then it could splinter the strong security alliance that we have.” This concern is overstated. Nations favor domestic companies as it is, and if PESCO leads to a sizeable expansion in European acquisition, it will have achieved the key U.S. objective of a greater European contribution to transatlantic defense.

Some policymakers also worry that NATO and the EU will become competitors for European defense spending and investment. This message has been driven by high-level U.S. officials, one of whom flatly stated that the U.S. is “supportive of [PESCO] as long as it is complementary to and not distracting from NATO’s activities and requirements.” The official added, “We don’t want to see EU efforts pulling requirements or forces away from NATO and into the EU.” These concerns are also exaggerated, not least because PESCO’s founding document recognizes NATO’s preeminence in terms of European security; it states that “NATO will continue to be the cornerstone of collective defense for its members.” In fact, NATO and the EU are already taking steps to make sure the two organizations are complementary. The foremost example is military mobility—it is NATO’s heavy forces that will benefit most from faster troop movements. With 22 nations common to the EU and NATO, most conceivable projects that strengthen EU capabilities will by default benefit NATO.

As stated by former Undersecretary of State and U.S. Ambassador to NATO Nicholas Burns, it is a mistake for the U.S. to make an issue out of PESCO. He is right. Multiple administrations have pushed Europe for years to increase defense spending and take more responsibility for its own security. Overstated concerns from U.S. policymakers are contradictory to long-standing policy and inject unnecessary friction into transatlantic relations. Instead, U.S. officials should let PESCO run its course while encouraging and helping to lay the groundwork for continued EU-NATO collaboration. 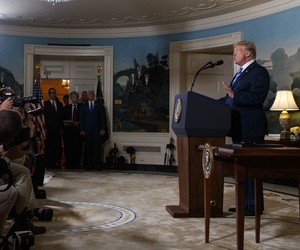 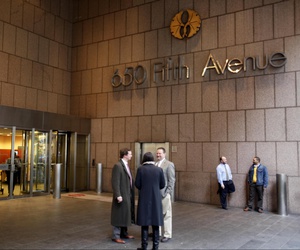 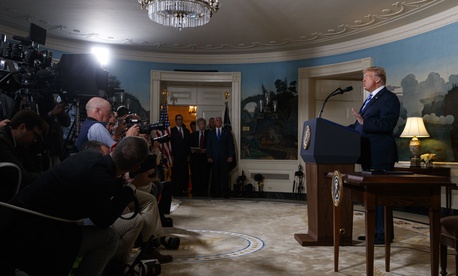 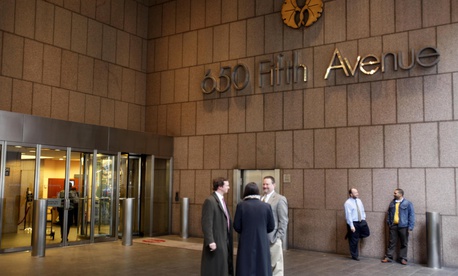