Inside the Disaster Zone
Skip to Content
Get all our news and commentary in your inbox at 6 a.m. ET.
Ideas
A Summit Short on Details, Yet Better Than War

The good news is that the Trump administration already has plans to continue the talks. 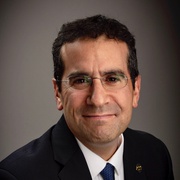 Given where we were a few months ago, and the erratic nature of the men involved, the Singapore summit between Donald Trump and Kim Jong Un was a win for us all. They managed to avoid war, at least for now, and move the diplomatic process forward. Was it short on details? Yes. Was it a useful first step? Yes, indeed.

Both leaders, impulsive and bombastic, arrived in Singapore largely isolated. Trump came fresh from dissing his colleagues at the Group of Seven meeting in Canada. Kim arrived on an airplane owned by China and built in the United States because his planes are less comfortable and less reliable.

The leaders also arrived with the summit’s major issues unresolved. One day before they met, Secretary of State Mike Pompeo told reporters on Monday, “There are only two people that can make decisions of this magnitude, and those two people are going to be sitting in a room together.” Trump more or less declared that he was winging it, but promised that he would know “within the first minute” whether Kim was serious about giving up his nuclear weapons.

Could Trump and Kim go from “Rocket Man” and the “Dotard,” from “fire and fury” and my nuclear button “is a much bigger and powerful one,” to partners in peace within a matter of months? For now, it seems so.

We will not know for month or years if this process will result in the denuclearization of the Korean peninsula. This is the start of a process, not the end. As President Trump said at a post-summit press conference, “If you don’t get the ball over the goal line, it doesn’t mean enough.”

In the 397-word agreement he signed with Kim — a “very, very comprehensive document,” the U.S. president called it — Trump committed to provide undefined security guarantees to the DPRK, and Kim reaffirmed his “firm and unwavering” commitment to complete denuclearization of the Korean peninsula. The agreement consisted of four main points:

This agreement raises more questions than it answers. There are no timelines; Trump said post-summit that denuclearization “takes a long time.” He also said that U.S. economic sanctions would not be lifted until significant progress had been made on nuclear disarmament.

Asked what the military implications would be if the North did not keep its commitments, Trump replied, “I don’t want to be threatening.” He noted that Seoul has 28 million people, is right next to the border with the North, and that war could cost the lives of 20 million to 30 million people.

“Today is the beginning of an arduous process. Our eyes are wide open. But peace is always worth the effort,” he said.

At his news conference, Trump said the United States would stop “the war games,” or U.S.-South Korea military exercises, adding that they were expensive and “very provocative.” Trump will likely get criticized for taking this step without a firm commitment from the North in exchange. Yet Pyongyang has already suspended its nuclear and missile tests, and closed its nuclear test site. Moreover, the Clinton administration suspended the military exercises in the early 1990s as a way to encourage progress toward the 1994 agreement to halt the North’s plutonium production. It worked.

The good news is that the Trump administration already has plans to continue the talks. President Trump said Pompeo and National Security Adviser John Bolton will meet with North Korean officials next week to start fleshing out the thin summit communique.

The president will no doubt come home to criticism that he did not get the “complete, verified, irreversible denuclearization” that he and his staff promised before the summit. Nor did John Bolton get an invitation to gather up the North’s nukes by the end of the year. But we did get the continuation of a diplomatic process, which is ultimately the only way this crisis will be solved.

Chairman Kim and President Trump began an important, essential process today. Worth a Nobel Peace Prize? Not yet. But we should all do what we can to make sure that process succeeds. As the latter said after the summit, “Yesterday’s conflict does not have to be tomorrow’s war.”

NEXT STORY: Trump Got Nearly Nothing From Kim Jong Un