The Russian leader knows Trump needs to walk away claiming victory. That gives the Kremlin an advantage.

What happens when The Art of the Deal meets the Kremlin playbook? Given that, as one depressed NSC staffer put it to me, “our job is to build a bridge between the real world and the president’s,” the real risk is not that Donald Trump actually gives away the farm to Vladimir Putin when they meet in Helsinki next week—it’s what happens in Washington if he tries.

It’s rare for Trump to meet an autocrat he doesn’t like, from China’s Xi (with whom, Trump tweeted, he “will always be friends”) to North Korea’s Kim Jong Un (who he has called “a smart cookie”). Nonetheless, his determination to meet with Putinappears rooted not just in his apparent conviction that the two have some kind of rapport. It also reflects his grandstanding desire to prove himself the great global deal maker.

What that means is that he needs to walk away able to claim some kind of agreement. Of course, that is nothing unusual—when leaders meet, they typically have to have some initiative to announce, as if that somehow makes all the hullabaloo worthwhile. But for Trump, with his trademark blend of arrogance and insecurity, and aware of the derision with which much of the U.S. and indeed global political classes regard him, the requirement is all the more pressing.

This immediately gives Putin the advantage. Simply meeting with the U.S. president as an equal is a win for the head of a near-pariah nation with an economy smaller than the state of Michigan’s. He is ahead the moment he gets to shake Trump’s hand. And it helps him further that he knows Trump wants a deal, or at least the appearance of one.

The question, then, is what kind of deal will result, and how likely is it to be good for America?

It is hard to see that Trump would be satisfied with the anodyne lowest common denominator of a joint communiqué making requisite noises about collaboration against terrorism, deconfliction in Syria, and maybe even talks about talks on arms control. Putin, too, will no doubt push for more.

According to recent reports, Israel and other Middle Eastern allies of the United States are lobbying for Moscow to commit to pushing Iran out of Syria. Putting aside the unlikely prospect that Moscow would or even could agree to this, what on earth would be a suitable trade? For Ukraine and its friends in the West, the concern is that some kind of concession over the Ukrainian peninsula of Crimea, which Russia annexed in 2014 in a move the U.S. has never recognized, would be Moscow’s price.

Of course, Putin’s dream would be some kind a grand bargain, a Yalta 2.0 reminiscent of the deal at the end of World War II that carved up the globe between eastern and western spheres of influence. Something like this would give Russia a free hand in countries such as Ukraine and Georgia, and the kind of “respect” it feels it deserves and has been denied. It would be a bad deal, trading the sovereignty of those countries unlucky enough to fall within what the Kremlin openly regards its “zone of privileged interest” in the name of questionable and ultimately unenforceable guarantees for an end to meddling in Western politics and the Middle East.

Based on his periodic anti-Europe tweets and his repeated criticisms of so-called European NATO “freeloading” on the United States, it might seem as if Trump is willing to contemplate such a deal. It’s unlikely he cares much about the detail, rather being likely to be seduced by the vision of himself as a world-bestriding political colossus carving up the map in the name of a new global order.

However, this neglects to consider the third participant at the Helsinki talks: the U.S. administration. Trump may choose to meet Putin with only a Russian interpreter; he can appoint cronies and like-minded yes-men to key positions; he can even encourage talk of a struggle against a Beltway “deep state.” But what he cannot do is govern without those officials.

After all, even while Trump is praising Putin, his government has expelled alleged Russian spies, ratcheted up sanctions on Moscow, and sold high-tech missiles to help the Ukrainians defend themselves from further aggression. The president may be unquestioned master of his own Twitter account, but his own officials and a Congress uncomfortable with the Oval Office’s Putinophilia is both watchful and willing to intervene to prevent Trump from giving away too much.

So while we will likely see more of Trump’s inflammatory rhetoric aimed at America’s allies, and encouraged by the Russians, we should not assume that any big words that could result from the Helsinki summit will necessarily translate into big actions.

Indeed, the perverse truth is that Trump’s determination to meet Putin without his team gives him room for maneuver. For this president, truth is something redefined daily, as his whims and needs dictate, and he can disavow any inconvenient conversation without forcing staffers and officials to have to fudge or lie.

But even if the “responsible adults” in the administration may be able to roll back any foolhardy promises or redefine any inconvenient outbursts, this does not mean that Trump’s rhetoric doesn’t matter.

The headline stories will probably be about what Trump promises Putin (and vice versa) and what damage he did to NATO before that. His bombshell demand that members spend 4 percent of GDP on defense, something he must know they cannot and will not, almost implies a man going out of his way for a fight.

But in real terms, Trump is unlikely to be able to secure more than that bland agreement to work together for better U.S.-Russian relations. That means that if the allies keep their nerve, realizing that a U.S. president cannot recognize the Russian annexation of Crimea or abandon his European allies without persuading a deeply skeptical Congress, then the immediate damage done will be contained.

Arguably, the more serious damage will be done to the U.S. body politic after the presidents go home, the photo ops are done, and the respective teams of officials try to make policy out of the soap opera.

The Trump who uses the “Russian threat” to lambaste the Germans (inaccurately) over the Nord Stream 2 gas pipeline is the same one who opens to door to recognizing the annexation of Crimea. He genuinely doesn’t seem to feel consistency is a virtue, let alone a necessity. Somehow, though, his administration has to try to cut and paste together a policy out of his caprices and soundbites.

In the process, they inevitably—even with the best will in the world—have to cherry-pick from his demands, and modify them in line with all kinds of political and objective constraints. As they build that “bridge between the real world and the president’s,” they run the risk of arousing the ire of the commander-in-chief, or of his more rabid allies, eager to see conspiracy within the Beltway. The more loyalty and competence appear incompatible, the more dysfunctional the administration will become.

This also contributes to the sense of incoherence in U.S. policy that so alarms America’s allies and cheers its enemies. As one Russian Foreign Ministry staffer said to me, “Trump is a tornado. Fortunately for us, he spends most of his time on his side of the border.” 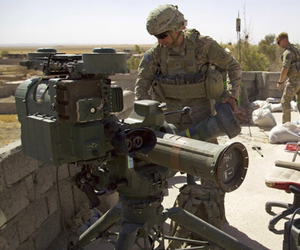 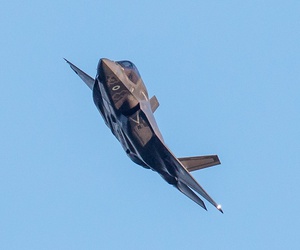 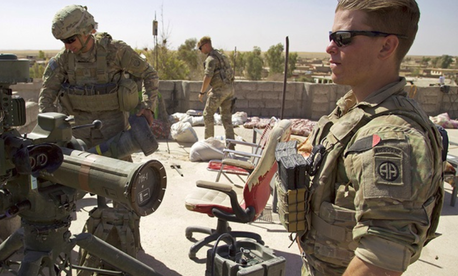 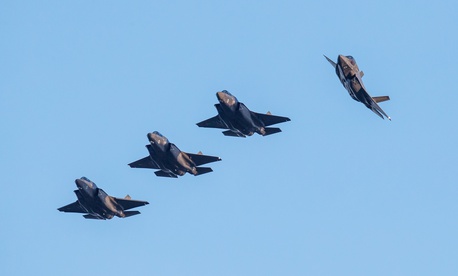