Another norm falls victim to Trump as he turns the power of government against his critics.

It will not be surprising if, in the next few weeks, Sarah Huckabee Sanders says that the president never had the intention of pulling the security clearances of the former director of the CIA and former director of national intelligence. With the deadpan mendacity that she has raised from a mere survival skill in this White House to an art form, she will insist that it is all a hoax planted by the Amazon-driven Washington Post. But even if (as is often the case) President Trump backs down when confronted with serious resistance, those threats will have told us some things worth knowing.

The first, and least consequential, has to do with the psyche of a president who does not understand what motivates those who retain their “tickets,” in the argot of the establishment. The highest level of security clearances result from a very long process—a year or more in most cases—of investigation, and require periodic reinvestigations. When senior officials keep their clearances (often held by federally funded research and development centers like RAND or the Institute for Defense Analyses) after leaving office, it is to allow them to consult with former colleagues. Much of that work is pro bono publico: The current incumbents of high offices want to tap the wisdom accumulated during the course of 30 years spent in increasingly difficult administrative positions (for career people), or even a few years in crucial decision-making jobs (for political appointees).

Sometimes these clearances help ease the way back into government service for former senior officials when one party replaces another. It is a quiet, unwritten aspect of an arrangement designed to preserve a cohesive and informed national security establishment. Even though hundreds of political appointees will be replaced when administrations change, many, if not most, of the newcomers will have been in the loop. And they will quietly welcome the advice of their predecessors, even if they criticized them during campaigns past. It is an altogether sensible arrangement for a government that uniquely among developed countries purges itself of high-level government experience on a four- or eight-year cycle.

Those kinds of security clearances are not particularly lucrative for people who have had the top jobs. That is not why they maintain them, but Trump probably has no idea that that is the case. Rather, he apparently thinks that he can punish his enemies by going after their wallets, not realizing that Mike Hayden’s speaking fees and book advances will go up if the White House manages to pull his codeword tickets. He does not understand the value assigned by the insiders to their predecessors’ experience or the mentality of people who want to continue to serve their country even in semi-retirement. Quiet patriotism—as opposed to the flag-waving, wall-building, ally-bashing, threat-tweeting brand of nationalism that he has ridden to the presidency—is beyond him.

This, then, is the product of malice, but also of an ignorance and a sheer incompetence which are both a danger and an insurance against Trump’s success. There are other ways to mess with people who have clearances, which is why I let mine lapse shortly after the election. Trump is too incurious to figure them out, and the bureaucracy too resistant to go along with them. The president’s instinct is to project his own venality on to others. When he accuses former officials of monetizing public service, it is because that is precisely what he has attempted to do. He is likely to do more dumb things of this kind, in the same way that he reacted to criticism of his lovefest with Vladimir Putin in Helsinki by inviting the Russian dictator to visit Washington during a bitter fall campaign season.

The more worrisome thing here is that this episode points in the direction of more norms being dismantled—temporarily, one hopes. Sanders did not dismiss out of hand the idea of handing over a former ambassador to the Russians. Attorney General Jeff Sessions thinks it acceptable for the country’s chief law-enforcement officer to join shouts of, “Lock her up!” So, too, will others in Trump’s circle edge into territory unthinkable a few years ago. And Republicans who would have howled in fury if the Obama administration had attempted any similar outrages studiously look the other way in the cowardly silence that will ruin their party, and what remains of their characters. All this while former Trump officials hold their tongues out of some twisted notion of loyalty or mere fear of a public tongue-lashing.

At some point, Trump will likely try in his clumsy, brutish way to weaponize the Internal Revenue Service against domestic opponents. He may try to whip up prosecutions that will inflict on them bankruptcy through legal fees even if the courts throw the cases out. He has already tried to sink businesses owned by those he considers his enemies. It will be, and is, one part of a larger constitutional crisis that impends over the next year as the Mueller investigation juggernaut begins disgorging information that will surely incriminate the president for moral turpitude at the best, and impeachable high crimes and misdemeanors at the worst.

And what afterwards? Sooner or later there will be a Democratic administration, or one composed of Trump’s opponents in some conservative configuration that opposes the Republican Party. Can the norms be restored then? That is the real issue. Trump is a 72-year-old wrecker: He will be gone at most in six years, and probably a lot sooner. But will his angry successors act in comity and consideration to their predecessors in this administration? For that matter, should they?

The latter question is the hardest one. For sure, career civil servants and military officers of all kinds should face no retaliation for doing what professionals do—observing their oaths and doing their duty conscientiously. And some political appointees (Secretary of Defense Mattis being the shining example) are real heroes for doing their best to contain the worst instincts of the scoundrel-president. But what about the run-of-the-mill political appointees?

On the one hand, no one wants a partisanship that takes no prisoners when parties exchange office. But this is not a normal time, and unfortunately, the Republican Party is no longer a normal party, but the compliant and spineless possession of a political buccaneer. It may not be entirely improper to teach the lesson that if you sign up with an administration so utterly lacking in decency, so contemptuous of historical norms of bipartisanship in national security, so lacking in consideration for critics and defeated opponents, you are not going to be treated with the respect normally accorded to senior members of the loyal opposition. The men and women in the shadows, who for the sake of a corner office and an official car and a high title have held their tongues and dishonored their principles, might want to think about that when Sanders tells her next lie. 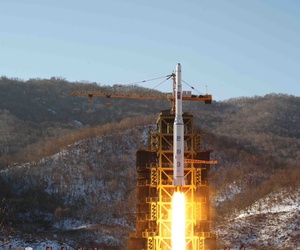 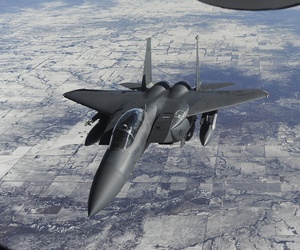 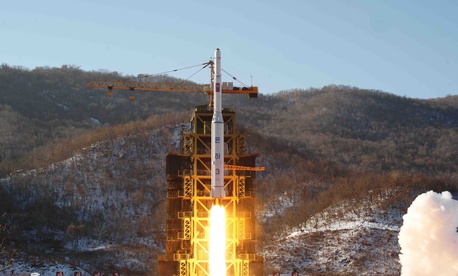 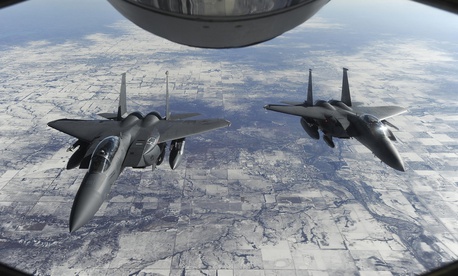