What Trump’s UN Speech Says About What Comes Next

President Donald Trump listens to a council member at a United Nations Security Council meeting during the 73rd session of the United Nations General Assembly, at U.N. headquarters, Wednesday, Sept. 26, 2018.

His General Assembly speech laid out his worldview—and offered some clues about what could lie ahead.

After 614 nights with Donald Trump in office, we know quite a lot about the president’s foreign policy. He has visceral beliefs about America’s role in the world that date back 30 years, most notably skepticism of alliances, opposition to free trade, and support for authoritarian strongmen. Many of his administration’s senior officials do not share his views and fight against them, with varying degrees of success. Trump is undisciplined and impervious to normal forms of argumentation and bureaucratic process. He likes those who praise him and hates those who don’t. He is often shocking but rarely surprising.

All of these features were on display in his speech to the United Nations General Assembly on Tuesday. However, there are two things that we do not yet know: What’s Trump’s second act on the world stage? And how does it end? If one looks closely, Trump provided some clues to the answers yesterday.

About a year ago, Trump was resentful of being managed by the so-called adults in the room—Rex Tillerson, H. R. McMaster, Gary Cohn, James Mattis, and John Kelly—and he began pushing back by issuing orders over their objections. Since then, he has rushed through his presidential bucket list. He moved the U.S. Embassy in Israel to Jerusalem, pulled out of the Iran nuclear deal, imposed tariffs on China, had his summit in Helsinki with Vladimir Putin, went to the brink with NATO over defense spending, and effectively normalized relations with North Korea.

On many of these issues, he has declared victory. Of course, that’s a fiction. North Korea has no intention of denuclearizing. NATO nations will not reach the defense-spending target of 2 percent of GDP. But as Trump portrays it, he fixed it and it’s time to move on. As he candidly confessed after his summit with Kim Jong Un in Singapore, if it turned out that he was mistaken about North Korea, he would not admit it.

But move on to what? Most presidents would outline a plan to deal with Iran after the nuclear deal, or to transform NATO to cope with the threat from authoritarian states, or to resolve the trade war. But Trump is not one for detail or course correction. In his world, there was a problem, so he did something quickly. And now it’s solved. To say anything else is to suggest the unthinkable—that he is not a magician.

The other thing we do not know is how this ends. If the Trump presidency were a novel, the plot up to this point would have been the most dramatic, compelling, and mind-boggling imaginable. It would surely culminate in a historic catastrophe, a major crisis where we pulled back from the brink, or a Shakespearean unraveling of the lead character. It would not, under any circumstances, end with a whimper whereby Trump spends the rest of his days in power frustrated and having little effect on the wider world.

This is not a novel. But everything we have experienced to date should prepare us for the possibility of a cliff-hanger finale.

It’s not hard to imagine a worst-case outcome. Trump could face a real external crisis. He is singularly ill-equipped to handle a 2008-style financial crisis. Serious questions surround his willingness to defend allies if they are attacked. He is in denial about the Russian cyber threat. Trump could also make a major mistake, such as launching a war or escalating the trade war to the point where it destabilizes the global economy. Or he could go down blazing in an epic showdown with Robert Mueller.

Trump’s speech to the UN General Assembly shed light on these two unknowns. As expected, it was dominated by two themes: self-congratulation and a defense of sovereignty. It seemed tired. He had nothing new to offer on China or Iran or Europe. Bizarrely, but not unexpectedly, there was no mention of the central theme of the National Security Strategy—that America’s most pressing challenge is a geopolitical competition with Russia and China. He reprised his old themes of blaming allies. And he defaulted to the pet projects of John Bolton, his national-security adviser, a man motivated more by legal theories than by foreign policy and the national interest. So we got a plan for protecting American sovereignty from the multilateralists (although not from Russian political interference). Obscure agreements, such as the UN Global Compact for Migration, were named and vilified.

Yet, there is a silver lining here. To see it, consider the work of the American strategist Andrew Marshall. Marshall is the architect of a concept known as competitive strategies. For Marshall, the objective of strategy is to encourage your rival to spend its resources inefficiently. During the Cold War, the Reagan administration pressured the Soviet Union to pour money into a technological arms race it couldn’t win. Marshall was particularly interested in exploiting or manipulating a rival’s belief system so it would make mistakes.

Bolton and Trump are using their resources inefficiently. They are choosing to focus their efforts on foreign aid, the UN, and international law because of their own biases. They are fighting theological arguments about the nature of sovereignty instead of shaping geopolitical outcomes. This comes at a high cost—they are ignoring real threats, especially from North Korea and Russia. But it also distracts them from making new mistakes that could have a greater consequence, say, on Iran.

The persistent and existential risk of Trump’s presidency is that he will do things that cannot be reversed, such as starting and losing a war. In the end, what Trump and Bolton do on sovereignty will be swept away by future political winds of change. They will inflict great short-term harm, but it is almost all reversible. Their political opponents, in the United States and overseas, may well decide to fight them on this so they are distracted from other matters.

An external crisis could still occur. Trump could still miscalculate. He could take a big risk on a whim. His daily incompetence and casual cruelty will leave behind a trail of damage that will take a long time to repair. But Trump’s lack of discipline and failure to come up with a second act are stronger constraints on him than the remaining adults in the room. We still do not know how it ends, but there is a chance, if we are lucky, that the conclusion of our novel experience will be a whimper instead of a bang. 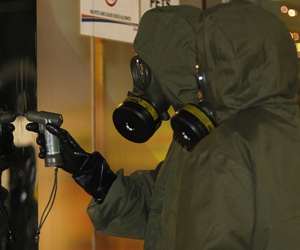 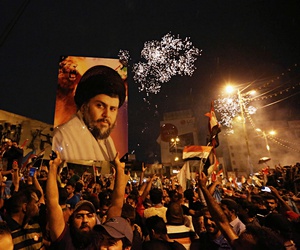 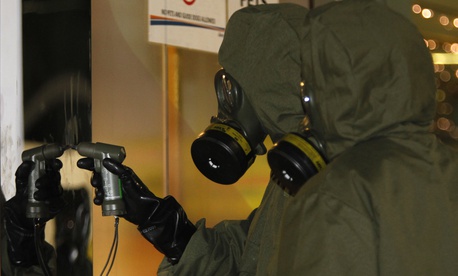 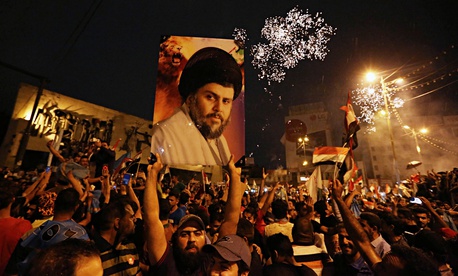