In this June 12, 2018, file photo, U.S. President Donald Trump makes a statement before saying goodbye to North Korea leader Kim Jong Un after their meetings at the Capella resort on Sentosa Island in Singapore.

Trump’s Pentagon declared that "significant non-nuclear strategic attacks" may invite U.S. nuclear use, but does that matter to North Korea?

In 2017, North Korea became the third adversarial country to find itself capable of reaching the U.S. homeland with nuclear weapons. Whether Washington likes it or not, today the United States and North Korea find themselves in a nuclear deterrent relationship, and both sides must continue to talk to manage the nuclear dangers between them.

It’s not fantasy. These dynamics are particularly salient given certain policy changes introduced by the Trump administration’s Nuclear Posture Review, or NPR.

Released in February this year, the Trump NPR introduced a change to U.S. declaratory policy that immediately grabbed the attention of the nuclear community. The change wasn’t a departure from the Obama administration’s policy in the NPR in 2010, but in clarifying the “extreme circumstances” under which the United States would reserve the right to use nuclear weapons, some viewed it as a new interpretation to reflect the modern age of cyber threats.

“Extreme circumstances could include significant non-nuclear strategic attacks,” the Trump administration said, in the 2018 document. “Significant non-nuclear strategic attacks include, but are not limited to, attacks on the U.S., allied, or partner civilian population or infrastructure, and attacks on U.S. or allies’ nuclear forces, their command and control, or warning and attack assessment capabilities.”

The word “cyber” does not appear explicitly in the NPR, but there’s little doubt that one of the ways a “significant non-nuclear strategic attack” might occur would be as an offensive cyberattack against the targets identified in the NPR.

Proponents of the NPR argue that the document does not introduce the idea of using nuclear weapons directly to deter cyberattacks. But they are arguing on a technicality; the subtext couldn’t be clearer.

In the case of North Korea, this specification in the NPR merits scrutiny.

It’s easy to imagine, for instance, a repeat of the May 2017 WannaCry ransomware attack — attributed by the Trump administration to North Korea — that would merit the description of a “significant non-nuclear strategic attack.” In the United Kingdom, a U.S. ally, the 2017 attack crippled the National Health Service. There’s no evidence to suggest that patient deaths resulted directly from the mayhem wrought by the attack. But under the new NPR, a subsequent ransomware or other cyberattack could be interpreted as an attack on an entire nation’s public health infrastructure.

Pyongyang’s cyber ambitions are broader and deeper than previously appreciated, as made clear in the Department of Justice’s recent unsealed complaint regarding Park Jin Hyok, a North Korean programmer charged with responsibility for the Sony Pictures Entertainment attack in 2014.

Separately, the Trump NPR’s inclusion of U.S. command and control capabilities is also concerning. As U.S. adversaries grow sophisticated in the cyber realm, early Cold War anxieties about a well-placed attack severing the president from the U.S. nuclear arsenal are resurfacing. To be sure, an attempted attack on U.S. nuclear command and control would be incredibly serious, but a nuclear retaliation does not appear credible and is unlikely to deter North Korea from attempting it. The United States’ own contemplation of offensive cyberattacks on other countries’ nuclear command and control are likely to signal to adversaries, including North Korea, that this remains a fair game attack vector.

U.S. nuclear command and control is mighty impressive and seemingly impervious. But no system is free of vulnerability and there’s no doubt that North Korea, having seen the U.S. as a nuclear bully and aggressor for decades, would have looked into the possibility of tampering with the United States’ ability to use its nuclear weapons. Russia and China might be more circumspect given their confidence in their own nuclear forces; North Korea’s lean nuclear forces and conventional inferiority give it less confidence.

Another concern erodes the credibility of the Trump NPR’s language: the difficulty of cyber-attribution. This problem is already being exploited by attackers. Russia attacked South Korean government computers during the Winter Olympics this year and tried to frame North Korea. Russian hackers reused North Korean code signatures. Nothing precludes North Korea from using the same trick in the future. Missiles provide satellite-observable infrared signatures and radar-observable trajectories, making it clear exactly which country was responsible for their launch. There’s simply no equivalent in the cyber realm; attribution may take weeks or months, as it did in the WannaCry case.

North Korea is outmatched against the United States’ nuclear and conventional arsenals, and to protect its regime’s survival has declared it could use nuclear weapons first, not just as a defensive response. The United States likely has a clear offensive cyber advantage too. Last year, in September, U.S. Cyber Command carried out a fairly unsophisticated attack on networks used by North Korea’s Reconnaissance General Bureau—likely designed as a shot across the bow to suggest that, in a shooting war, North Korea’s cyber capabilities would be easily contained. The U.S. objective shouldn’t be to lower the policy threshold for any state to use its nuclear arsenal.

The Trump administration never should have specified the “extreme circumstances” that might lead to the United States considering nuclear use. There’s little doubt that cyber threats are evolving and merit a serious response. It’s just not clear that the administration’s NPR found that response. Instead, it has widened the potential role of U.S. nuclear weapons in a way that neither increases the credibility of U.S. deterrence across the board nor stability with the United States’ newest nuclear-armed adversary. Before a miscalculation or provocation has a chance to test the Trump NPR’s boundaries, U.S. officials in their ongoing talks with North Koreans should make their intentions on nuclear weapons and cyberattacks crystal clear. 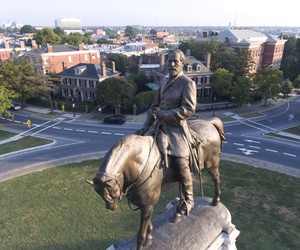 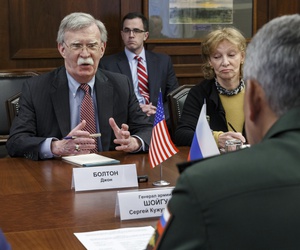 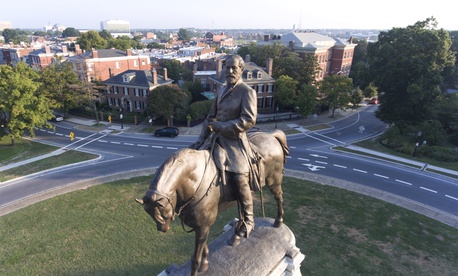 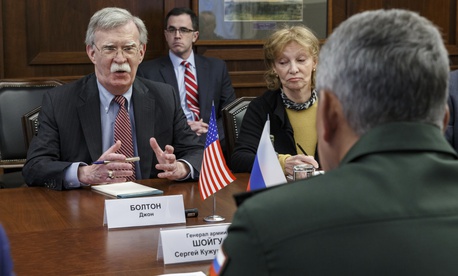