On China, the Trump Administration Needs to Weave Its Threads into a Narrative

President Donald Trump and Chinese President Xi Jinping participate in a welcome ceremony at the Great Hall of the People, Thursday, Nov. 9, 2017, in Beijing, China.

The White House does not know how to tell its story, much less sell it.

Vice President Mike Pence’s October 4 speech on China, which many commentators have referred to as the administration’s defining China moment, was a leaden litany of Chinese vices and a hyped-up assessment of the U.S. role in shaping Chinese history. The United States did not, as the vice president claims, derail China’s stock exchange nor did it rebuild China over the past 25 years. The responsibility for both of those rests squarely with China itself. Nevertheless, the Trump administration has an important story to sell around U.S. policy toward China—and more broadly toward Asia—that is more multilateral and principles-based than is immediately evident. Yet the White House does not know how to tell the story, much less sell it.

Notwithstanding the rhetoric of competition and containment, the administration has recognized that the true challenge China presents is not fundamentally one of a rising power threatening to replace an established power. Instead it is the challenge that China poses to the fundamental principles embraced by market democracies globally: free trade and open markets, freedom of navigation, and good governance (as defined by the rule of law, transparency, and individual civil and political liberties). This is expressed broadly in the concept of the Free and Open Indo-Pacific Strategy (FOIP), which has been championed by Japan, Australia, India, and the United States, and embraced in some form by ASEAN and others. Understanding the nature of the challenge is the first step toward developing an appropriate strategy to address it.

The White House has also contributed to spur awareness in other countries of the need to rethink—or even to reset—China policy in the face of a Xi Jinping-led China. Take, for example, the ongoing U.S.-China trade dispute. While other countries may not support the Trump administration’s imposition of tariffs—because they don’t believe tariffs accord with global norms or will yield the outcome the administration desires—they do support the White House’s efforts to level the playing field for multinationals doing business with China. Like the United States, Germany, France, Japan, and others are unhappy about Chinese theft of intellectual property, China’s high tech industrial plan Made in China 2025, and Chinese efforts to acquire their most advanced technologies (legally or illegally). The head of the European Union Chamber of Commerce in China, Mats Harborn, while expressing concern about the ongoing tariff war between the United States and China, nonetheless stated in a June 2018 interview, “We must remember, however, that the root of the problem began in China.” Several countries, including France and Germany are now revising their investment laws, reflecting concerns similar to those of the United States with regard to protecting their countries’ core technologies from being hollowed out.

In addition, the broader U.S. foreign policy bureaucracy has moved ahead to shore up multilateral partnerships—both formal and informal—in Asia and beyond. In April, a U.S. aircraft carrier made a port visit to Vietnam for the first time in forty years. In July, India and the United States called for freedom of navigation in the South China Sea and outlined a set of common principles for the region. And this September, the United States and Japan held joint military drills over the East China Sea and the Sea of Japan, flying F15 fighters and B-52 bombers over the Senkaku Islands. At Singapore’s Shangri-La Dialogue in June 2018, British Defense Minister Gavin Williamson stated that British warships will “work closely with our friends and allies across the region—demonstrating our resolve, alongside our friends, to protect international rights and freedoms.” And in early September, a British navy ship passed near the Paracel Islands in the South China Sea provoking a critical response from Beijing. The UK’s actions are an important reminder that the South China Sea is a battle sea not between the United States and China but rather between China and international law. The Hague’s international tribunal determined that China’s sovereignty claims had no basis in international law; China chose to ignore the ruling.

And with regard to China’s grand-scale infrastructure initiative, the Belt and Road (BRI), the United States has joined with others to recognize the benefits and challenges of Belt and Road projects and to offer constructive alternatives where necessary. Former Secretary of State Rex W. Tillerson, for example, was early to call out the potential downsides of China’s weak environmental, labor, and economic governance for BRI host countries; and a number of countries are now scrutinizing potential BRI investments far more closely. Over the past several months, the administration has also begun to put some money where its mouth is. It has joined Japan, India, and Australia to offer alternative sources of infrastructure financing and established a new agency, the International Development Finance Corporation, to provide financing assistance to U.S. companies involved in development projects abroad. The U.S. Agency for International Development (USAID) has also announced a new initiative to provide capacity building to countries interested in understanding the financial as well as social impacts of proposed new infrastructure projects. And the European Union has revived its “connectivity strategy”—calling for linkages not only between Europe and China but between Europe and the rest of Asia. While not overtly criticizing China, the EU emphasizes “sustainability” through investments that “respect labour rights, [do] not create political or financial dependencies, and guarantee a level playing field for businesses.”

Perhaps most surprisingly, the United States has not abandoned its commitment to human rights. While President Trump has not demonstrated real interest in the issue, Congress is focusing significant attention on Chinese government repression of Uighur Muslims in the far western autonomous region of Xinjiang with calls for sanctions against responsible Chinese officials, as well as consideration of sanctions against companies that contribute to China’s massive surveillance system. It has been reported, for example, that western countries have prevented Beijing from buying a laser surveillance tube that offered the highest quality picture. The equivalent Chinese product is one thousand times slower, resulting in far poorer quality pictures. At the United Nations, as well, the United States stood alongside other market democracies to criticize China’s internment camps at a November 2018 UN human rights review in Geneva.

The White House has a good story to tell, but it could be better. It needs to articulate more clearly the content of the Free and Open Indo-Pacific Strategy (FOIP), which remains of interest but still mysterious to many potential allies and partners. In addition, the U.S.’s broader trade strategy in the Asia Pacific is in tatters as a result of the withdrawal from the Trans-Pacific Partnership process. The lack of a regional trade strategy leaves a three-legged stool wobbling on two legs—if not crashing to the floor. There is also the need for the United States to remember that neither cold war nor hot conflict is a desirable outcome in the U.S.-China relationship. Both Washington and Beijing need to find areas of common purpose, whether drug trafficking, public health in lesser-developed countries, standards around infrastructure investment, or something else entirely. And finally, there is a “Where’s Waldo?” quality to the administration’s China and Asia Pacific policies. With the exception of bilateral trade deficits and North Korea denuclearization, it is unclear the extent to which the president is present in the formulation and implementation of U.S.-Asia policy. For example, is he fully supportive of the concept of FOIP? Is he outraged by what is transpiring in Xinjiang? Is he committed to working with China on global issues to keep the relationship on solid footing? If he is, it would be enormously beneficial to U.S. standing in the region, as well as to U.S.-relations with its allies and partners, for him to stand-up and articulate his support. Of course, if he isn’t, it is probably better for the rest of the administration to keep Waldo in hiding for a little while longer. 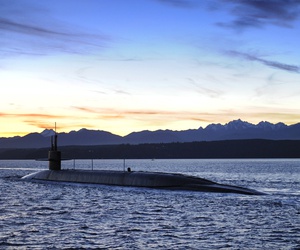 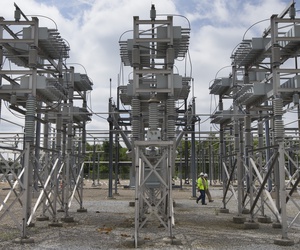 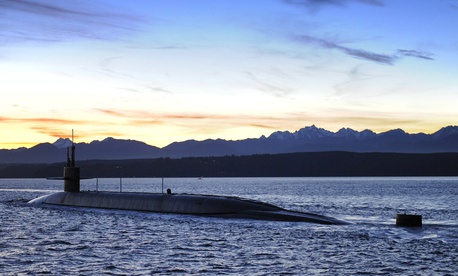 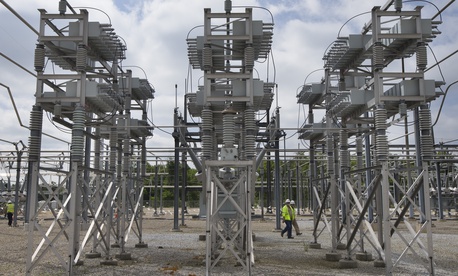