Next Generation Interceptor: The Nation’s Next First Line of Defense Against Ballistic Missile Threats
Skip to Content
Get all our news and commentary in your inbox at 6 a.m. ET.
Ideas
Something We Can Agree On: Close Some Overseas Bases

A group of national security experts from left, right, and center says cutting some of America’s 800 far-flung outposts will save money and make us safer. 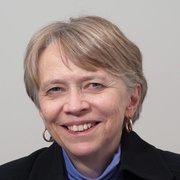 This moment, after the midterm elections and before the partisan wars get fully back into gear, is the right time to take note of efforts to reach across America’s political divide. In an open letter going Thursday to Congress and the administration, a group of military analysts from across the ideological spectrum came together to argue for closing U.S. military bases overseas. Our group, which calls itself the Overseas Bases Realignment and Closure Coalition, or OBRACC, finds agreement from the right, left, and center that doing so would be an important step toward making the United States and the world safer and more prosperous.

The coalition is bucking quite a tide. This month, the congressionally mandated National Defense Strategy Commission called for a beefed-up U.S. military presence to be paid for by budget increases that could propel annual U.S. military past its current $700 billion a year—more than the next eight countries, most of them our allies, put together—to $1 trillion by 2024. Without this money, the commission warned, the U.S. would be required to “alter the expectation of U.S. defense strategy and our global strategic objectives.”

Changing this strategy and these objectives, OBRACC says, is exactly what’s needed. The strategy of maintaining U.S. military dominance with a network of about 800 military bases spread across the globe has left us seriously overstretched. It has diverted our resources from our domestic needs, as well as from constructive, non-military forms of global engagement.

This strategy has created nationalistic resentments, and even spurs to terrorism, in places where U.S. bases sit. Nobody likes to be occupied. The bases near Muslim holy sites in Saudi Arabia, for example, were a major recruiting tool for al-Qaeda. More recently, the governor of Okinawa came to Washington, D.C., this month to tell U.S. officials about the burdens his constituents feel from this American occupation. They want the United States out, and they have like-minded allies around the world.

The damage to our national standing and reputation from our empire of bases also extends to the environmental damage to local communities caused by toxic leaks, accidents, and the dumping of hazardous materials.

And a nation professing devotion for its troops needs to pay attention to the disruption to families caused by lengthy deployments overseas.

The letter also points to the support for dictatorial regimes implied by U.S. bases in such places as Bahrain, Niger, Thailand, and Turkey. Russia justified its interventions into Crimea and Georgia as a response to the encroachment of U.S. bases in Eastern Europe.

All of these factors argue for shrinking America’s military footprint around the world.

One of the leading proponents of this course is Harvard professor Stephen M. Walt, who makes the case for it in a new book, The Hell of Good Intentions. He recognizes that this is an uphill battle, against a foreign policy establishment with careers, and its own sense of importance, wedded to expansive, militarized U.S. global engagement. We need a movement, he says, to take them on and argue for a better way. With the Overseas Bases Realignment and Closure Coalition, we have the beginnings of one.

NEXT STORY: The Korean War is Ending — With or Without Denuclearization