House Minority Leader Nancy Pelosi, D-Calif., is joined by fellow Democrats at a news conference to discuss their priorities when they assume the majority in the 116th Congress in January, at the Capitol in Washington, Friday, Nov. 30, 2018.

They also want to rein in presidential war powers.

For several years now, commentators have wondered if Democrats—who have shifted left on domestic issues—would shift left on foreign policy, too. We now know the answer; the shift is under way. The clearest evidence yet is the Senate’s vote last Wednesday to move forward a bill that would end America’s role in the war in Yemen. It signals the birth of a post-Obama Democratic foreign policy.

Remember that America’s participation in Saudi Arabia’s military campaign in Yemen did not begin under Donald Trump. It began under Barack Obama.

In spring 2015, after Houthi rebels backed—though not controlled—by Iran took over much of Yemen, the Saudis asked the Obama administration for military help. The rebels, Riyadh claimed, might threaten Saudi Arabia itself. Some in the administration felt uneasy, a former White House official told me. But the Saudis were already angry about Obama’s push for a nuclear deal with Iran. “The view among most of the cabinet,” the former White House official explained, “was that if we didn’t come to the Saudis’ help when they felt they were threatened by an Iranian-backed rebel group, that could be the breaking point of our relationship.”

So even as the U.S. negotiated the nuclear deal, it began participating—via arms sales and refueling, logistical, and targeting support for the Saudis—in a proxy war against Iran. The decision illustrated the constraints under which Obama operated. He and Secretary of State John Kerry might have liked the deal to end the decades-long hostility between Washington and Tehran. But Israel and the Gulf States—both of which enjoyed deep influence in Washington—helped sink such a rapprochement.

The human costs of these arms sales soon became clear. In a 2015 report, Amnesty International observed that the United States and Britain were providing the Saudis with cluster bombs, “which often lie unexploded and can cause horrific injuries long after the initial attack.” Noting that Saudi Arabia and its ally, the United Arab Emirates, had conducted airstrikes killing at least 513 civilians, including 157 children, Amnesty insisted that “there is no reasonable explanation by states such as the US and the UK that would justify their continued support and irresponsible arms flows to the Saudi Arabia-led coalition.”

But in Congress, powerful Democrats backed the Obama administration’s participation in the war. In the summer of 2016, Michigan Representative John Conyers proposed an amendment banning the sale of cluster bombs to the Saudis. Most House Democrats voted for the ban, but some of the most influential—Steny Hoyer, the House minority whip; Eliot Engel, the ranking Democrat on the Foreign Affairs Committee; and Brad Sherman, the ranking Democrat on the Foreign Affairs Subcommittee on Terrorism, Nonproliferation, and Trade—opposed it. The ban failed.

In September of that year, Democratic Senator Chris Murphy and Republican Senator Rand Paul forced a vote on a sale of tanks, many of them designed to replace Saudi ones damaged in the Yemen war. Twenty-three Democrats voted against the sale, but 22—including Chuck Schumer, the Senate minority leader; Ben Cardin, the ranking Democrat on the Foreign Relations Committee; and Jack Reed, the top Democrat on the Armed Services Committee—voted for it. The Murphy-Paul measure lost badly.

For her part, Hillary Clinton barely spoke about Yemen during the 2016 campaign. And her aides suggested that Obama—far from supporting Riyadh too much—was not supporting it enough. “We need to be raising the costs to Iran for its destabilizing behavior,” declared her top foreign-policy adviser, Jake Sullivan, weeks before Election Day, “and we need to be raising the confidence of our Sunni partners.”

Once Obama left office, however, and the horror in Yemen grew worse, Democrats began to shift. One reason was partisanship: They were less inclined to give a Republican president the benefit of the doubt, especially one so brazenly uninterested in constraining Saudi abuses. In June of last year, all but five Senate Democrats voted against selling the Saudis $500 million worth of precision-guided munitions. This March, Senator Bernie Sanders tried something more radical. Invoking the War Powers Act, he proposed ending all U.S. military operations in Yemen except those targeting al-Qaeda. All but 10 Democrats voted to pull America out of the war.

Since then, Democratic support for the conflict has collapsed. In September, Hoyer and Engel—who in 2016 wouldn’t even vote against selling cluster bombs to the Saudis—signed on to a House version of Sanders’s bill to pull America out of the war. And on Wednesday, when Sanders’s legislation came up again, every Democrat who had voted against it in March flipped and voted to discharge the bill from committee. Powered by unanimous Democratic support, the move to discharge the bill passed.

That’s just the beginning of a process. The Senate is expected to take a second procedural vote in the coming days, and if the bill clears that hurdle, senators could vote on final passage this week. The Trump administration has threatened a veto. But if Democrats hold together, as they are likely to do, they’ll need only a couple of Republicans to carry the day.

What explains the shift among Democrats since this spring? Of course, the murder of Jamal Khashoggi has turned opinion against Saudi Arabia. But something deeper is at work. In explaining their decision to invoke the War Powers Act, Democratic staffers I talked to explicitly compared this period with the era in which it was introduced: the final years of the Vietnam War.

By 1973, when Congress passed the War Powers Act, the Cold War was thawing: Richard Nixon’s administration was pursuing a détente with the Soviet Union and an opening to China. As the hysteria eased, liberals pursued two goals. First, they tried to restore congressional oversight of foreign policy after decades in which fear of communism had enabled the rise of an “imperial presidency.” In addition to the War Powers Act, which forbids presidents from sending troops into harm’s way for more than 60 days without a vote of Congress, in 1975 Congress created the Church Committee, which unearthed massive abuses by the CIA and FBI. The following year, Congress passed the Arms Export Control Act, the very law Democratic senators have used to try to keep the U.S. from selling weapons to Saudi Arabia for use in Yemen.

But the liberals of the 1970s weren’t only trying to restrain a reckless and unaccountable executive branch. They were trying to remove anti-communism from its central position in American foreign policy. In 1972, Democrats nominated George McGovern, who said that American foreign policy “has been based on an obsession with an international Communist conspiracy that existed more in our minds than in reality.” Four years later, America elected Jimmy Carter, who a few months into office declared that “we are now free of that inordinate fear of communism, which once led us to embrace any dictator who joined us in our fear” and “to adopt the flawed principles and tactics of our adversaries.”

Many congressional Democrats believe that the country sits at a similar juncture now. The War on Terror, they argue, enabled a second imperial presidency, and the decline of the Islamic State has created an opportunity to change direction. “Since 9/11, presidents have taken more authority with relatively little pushback from Congress,” one Senate Democratic aide told me, “and Yemen is where Congress makes its stand.” Democrats pushing a War Powers Resolution on Yemen want not merely to expand oversight of the Pentagon’s sprawling anti-terrorism operations, but to reorient American foreign policy away from terrorism altogether. “As an organizing framework,” Sanders declared in a foreign-policy speech last year, “the Global War on Terror has been a disaster for the American people and for American leadership.”

Two interrelated shifts within the Democratic Party are easing Sanders’s path. The first is the growing activism of the party’s base. Although most of that activism is focused on domestic issues, the culture of militant protest has influenced the debate on Yemen, too. According to Stephen Miles of Win Without War, the group’s activists have made and sent more than 200,000 phone calls and emails to members of Congress on Yemen in the last two years. Last month, activists protested outside the district offices of Speaker-in-Waiting Nancy Pelosi and Representative Adam Schiff. Within a day, according to Robert Naiman of the nonpartisan advocacy group Just Foreign Policy, both Pelosi and Schiff committed to co-sponsor the House version of the War Powers Resolution.

As part of this activist turn, progressive Democrats have begun spurning corporate contributions, and challenging those in their party who accept them. This makes it harder for Democrats to quietly do the bidding of the defense contractors who benefit from American participation in the Saudi war. In November, when the House voted to prevent a floor vote on his War Powers Resolution on Yemen, the resolution’s sponsor, California Representative Ro Khanna, tweeted, “Those who voted to block my resolution on ending U.S. involvement in Yemen received an average of $48,047 from the defense industry. Those who voted against it received an average of $27,505.” When Democrats take over the House in January, Khanna’s resolution will likely get a vote on the floor.

Yemen is likely only the beginning of a Democratic insurgency not merely against Trump’s foreign policy, but also against the legacy of Obama’s. On the same day last week that the Senate voted on Sanders’s resolution on Yemen, Elizabeth Warren declared in a speech, “It’s time to bring our troops home from Afghanistan—starting now.” Naiman predicts that next year House Democrats will vote to express their disapproval of the war in Afghanistan, which Obama championed in his 2008 campaign, sharply escalated in 2009, and decided in his final years not to end. It’s a good bet given that Massachusetts Democratic Representative Jim McGovern, who last year denounced Congress for having “acquiesced time and time again to Democratic and Republican administrations when it comes to war,” will become chairman of the House Rules Committee, which determines which bills get a vote on the House floor.

These anti-war insurrections represent the rebirth of a spirit—suspicious of military entanglements and the unchecked presidential power that enables them—that marked Democratic foreign policy from the last years of Vietnam through the struggle over the Reagan administration’s proxy wars in Nicaragua and El Salvador in the 1980s. Turning that spirit into a coherent post-Obama foreign-policy vision will be the task of those Democrats who seek the presidency over the next two years. 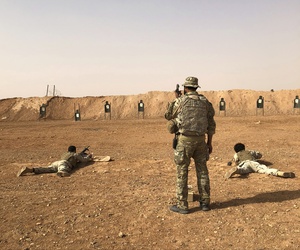 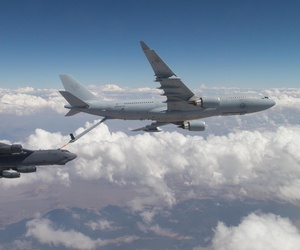 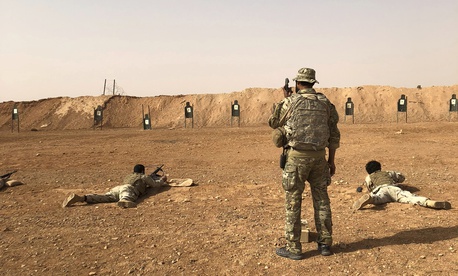 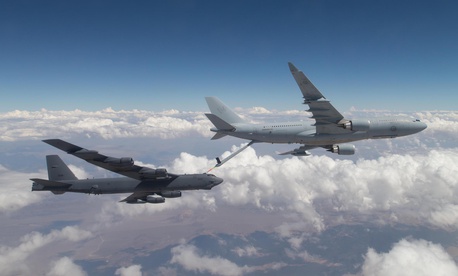