In this Nov. 16, 2018, photo, members of the U.S. military install multiple tiers of concertina wire along the banks of the Rio Grande near the Juarez-Lincoln Bridge at the U.S.-Mexico border in Laredo, Texas.

On Tuesday, a Trump administration official will make his first appearance before a House Armed Services Committee led by Democrats.

For Trump officials representing the Defense Department, Tuesday’s House Armed Services Committee hearing will offer a new experience: hard questions from an opposition party that leads a house of Congress. Its members are inquiring into the President’s decision, on the eve of the mid-term elections, to deploy thousands of active-duty forces to America’s southwest border. The key question: Was it a political stunt or a justifiable use of the military?

The available public evidence suggests administration witnesses will have a hard time justifying that the mission is in the interest of national security. Here are a few questions that members of the new Democratic majority should pose to DoD witnesses:

What was the requirement to use active-duty forces?

It’s not unprecedented for presidents to send military forces to support law enforcement at the southwest border in an election year. Presidents Bush and Obama deployed the National Guard to the border in 2006 (Operation Jump Start) and 2010 (Operation Phalanx). What is different this time? The use of more than 5,000 active-duty forces, in addition to some 2,000 National Guard forces that were already on station. What unique capabilities, not available in the Guard or Reserve forces, were required for this deployment?

The other key difference in this case — the overtly political purpose of the deployment, as demonstrated by President Trump’s regular invocation of it on the campaign trail, where he warned of supposed dangers from a “caravan” of migrants traveling from Central America and claimed a “crisis” on the border. Yet seizures of inadmissible aliens at the southern border are at historic lows, which hardly suggests a crisis is at hand. And, quite apart from the absurdity of using the military for a civilian mission to stop a group of desperate, unarmed migrants, why were most of the forces deployed to south Texas when the caravan arrived in Tijuana?

Who created the false talking points about terrorists?

Administration officials sought to scare the American people by asserting that many terrorists were among those showing up at the southwest border. This lie survived neither scrutiny by the media nor expert analysis, including by the former director of the National Counterterrorism Center, and the Trump team retreated. Who injected these false arguments into administration talking points?

What will be the effect on readiness?

DoD leaders have long warned of a readiness crisis after nearly two decades of war and several years of budget reductions under the Budget Control Act. In my time in the Pentagon, I sat with the defense secretary every two weeks as he considered requests from combatant commanders for forces to address emerging requirements. Nearly every time, one of the military departments expressed concern about the impact on the force of a deployment decision and the service requirement to restore “full-spectrum readiness.” And nearly every time, the current requirement trumped the longer-term readiness imperative. Did the chairman of the Joint Chiefs or any of the service secretaries or chiefs object to the 2018 border deployment?

The initial deployment decision was described as short-term; in mid-November, the 3-star head of U.S. Army North said that all troops would be home by Christmas. Soon after, the story changed; the deployment was first extended to January 31 and then to the end of the fiscal year. By law, DoD support to civil authorities must not “adversely affect” military preparedness. What is the analysis that supports the conclusion?

What is the cost and who will pay for the deployments?

In recent decades, other national security departments and the White House have treated DoD like an ATM that can fund emergent priorities. With a budget nearing $700 billion in the current fiscal year, those outside DoD believe it has money to spare. This assumption leads to mission creep, with DoD taking on roles far from its core responsibilities. This is not how the government should work, and its continued practice distracts defense leaders from the primary security challenges we face. What will be the cost of the nearly year-long deployment? What accounts will be the bill-payers? What activities were planned with those funds will now be foregone? Did the White House direct that DoD support be provided without reimbursement?

What are the rules governing use of force?

In November, then-White House Chief of Staff John Kelly issued a memorandum that said the president had directed the defense secretary to “deploy appropriate numbers of Department of Defense military personnel” to ports of entry to carry out “military protective activities” that the Secretary determines are “reasonably necessary to ensure the protection of Federal personnel, including a show or use of force…” The memo appears to recognize the restriction in the Posse Comitatus Act against using the military for law enforcement by noting that actions such as arrest or search and seizure are not authorized “without further direction of the President.” It was purportedly based on intelligence indicating that the migrant caravan could cause violent acts that could threaten U.S. government personnel at the border.

The memo seems to give the defense secretary final say over whether such a deployment was “reasonably necessary.” Did the secretary ever exercise this authority? How many forces were deployed for this purpose, and where? Are they still in place? Did the president ever provide additional direction to engage in arrest or search and seizure? What are the rules of engagement, other than the normal rule that they may act in self-defense?

The U.S. military is one of our most respected national institutions. Its traditionally apolitical nature is elemental to the enduring nature of our democracy. A president who shows little respect for governing norms may be indifferent to this tradition; the rest of us cannot afford to be. The country deserves answers about whether the military was used for a phony political purpose in the run-up to an election. On Tuesday, it will start to get them. 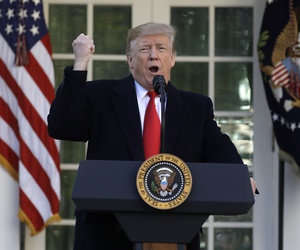 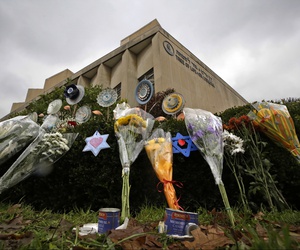 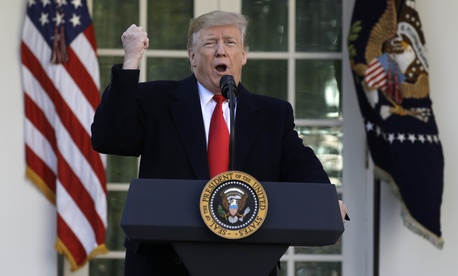 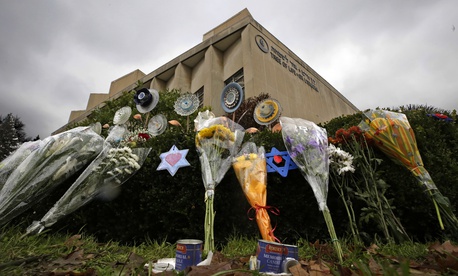