The author of “Ghost Fleet” has some guesses — and some questions that U.S. defenders will have to answer.

Robots, artificial intelligence, cyberwar, 3D printing, bio-enhancements, and a new geopolitical competition; the 21st century is being shaped by a range of momentous, and scary, new trends and technologies. We should also expect them to shape the worlds of insurgency and terrorism.

Related: All How to Fight Off Drones Has Left Is Money. Lots of It.

With so much change, it is too early to know all that will shake out from these new technologies in the years leading toward 2030 and beyond. But we can identify a few key trends of what will matter for war and beyond, and resulting questions that future counter-insurgents will likely have to wrestle with. Below are three, pulled from a recent New America report on what the tech and wars of 2030 might portend.

The End of Non-Proliferation

A common theme in the diverse technology areas expected to change warfare most significantly (the hardware of robotics to the software of AI, to the “wetware” of human performance modification) is that they are neither inherently military nor civilian. Both the people and organizations that research and develop these technologies and those that buy and use them will be both government and civilian. They will be applied to conflict, but also areas that range from business to family life. A related attribute is that they are less likely to require massive logistics systems to deploy, while the trend of greater machine intelligence means that they will also be easier to learn and use—not requiring large training or acquisitions programs. These factors mean that insurgent groups will be able to make far more rapid gains in technology and capability than previously possible.

In short, the game-changing technologies of tomorrow are most likely to have incredibly low barriers to entry, which means they will be proliferated. In addition, some of the technologies, such as 3D printing, will make it difficult to prevent the spread of capability via traditional non-proliferation approaches such as arms embargos and blockades. Interdicting weapons routes is less workable in a world where manufacturing can be done on site.

This issue is not one merely of the hardware, but also the spread of ideas. As vexing as the extent of terrorist ideology and “how to’s” have been in a world of social media, these platforms are still centrally controlled. The Twitters and Facebooks of the world can take down content when they are persuaded of the legal or public relations need. However, the move toward decentralized applications reduces this power, as there is no one place to appeal for censorship. This phenomenon is well beyond just the problem of a YouTube clip showing how to build an IED, or a cleric inspiring a watcher of a linked video to become a suicide bomber.

Decentralization crossed with crowd-sourcing and open sourcing empowers anyone on the network to new scales. Indeed, there are already open-source projects like Tensorflow, that allow anyone to tap into AI resources that were science fiction just a decade ago.

All this suggests a few key questions: How will U.S. and allied forces prepare for insurgent adversaries that have access to many of the very same technologies and capabilities that they previously relied upon for an edge? Will lower barriers to entry make it easier for insurgencies to gain the capability needed to rise? Will it make it more difficult to defeat them if they can rapidly recreate capability?

Whether it was the Marines battling the rebel forces in Haiti with the earliest of close air support missions a century ago or the Marines battling the Taliban today, counterinsurgents of the last 100 years have enjoyed a crucial advantage. When it came to the various domains of war, the state actor alone had the ability to bring true power to bear across domains. In enjoying unfettered access to the air and sea, they could operate more effectively on the land, not just by conducting surveillance and strikes that prevented insurgents from effectively massing forces, but by crucially moving their own forces to almost anywhere they wanted to go.

This monopolization of power may not be the case in the future. Indeed, ISIS has already used the air domain (via a self-made air force of drones) to do reconnaissance on U.S. and allied forces, and to launch several hundred air strikes. This all may have been ad hoc, but it still achieved their goals at a minimal cost. More importantly, ISIS’ drone use points to a change in the overall story of air power and insurgency. As proved everywhere from Yemen to Ukraine, the insurgents can now fly and fight back.

This ability to cross domains is, of course, not just limited to air power, but also other new domains that technology is opening up to battle. Insurgencies will be able to tap into the global network of satellites that have given U.S. forces such advantage in ISR and communications, or perhaps even to launch and operate cheap micro satellites, either via proxy aid or on their own. (If college students can do it already, why not insurgents?)

More importantly, the “cyber war” side of insurgency will likely move well past what has been experienced so far. The proliferation of capability through both dark markets and increasing automation, combined with the change in the internet’s form to more and more “things” operating online, points to insurgents being able to target comman-and-control networks and even use Stuxnet-style digital weapons causing physical damage.

The ability to operate across domains also means that insurgents will be able to overcome the tyranny of distance. Once-secure bases and even a force’s distant homeland will become observable, targetable, and reachable, whether by malware or unmanned aerial systems delivering packages of a different sort. To think of it a different way, a future insurgency may not see a Tet-style offensive attack in Hue, but rather Houston.

Here are some key questions: Is the U.S. prepared for multi-domain warfare, not just against peer states but also insurgents? What capabilities used in counterinsurgency today might not be available in 2030? Just as U.S. forces used capability in one domain to win battles in another, how might insurgents do so?

In the final battles of World War II’s European theater, U.S. forces had to contend with an adversary that brought better technology to the fight. Fortunately for the Allies, the German “wonder weapons” of everything from rockets and jets to assault rifles entered the war too little and too late.

For the last 75 years, U.S. defense planning has focused on making sure that never happened again. Having a qualitative technology edge to “overmatch” our adversaries became baked into everything from our overall defense strategy to small-unit tactics. It is how the U.S. military deterred the Red Army in the Cold War despite having a much smaller military, and how it was able to invade Iraq with a force one-third the size of Saddam Hussein’s (inverting the historic mantra that the attacker’s force should be three times the size of the defender’s).

Even in painful insurgencies from Vietnam to the post-9/11 wars, this approach didn’t always deliver easy victories, but it did become part of a changed worldview. A Marine officer once told me that if his unit of 30 men was attacked by 100 Taliban, he would have no fear that his unit might lose; indeed, he described how it would almost be a relief to face the foe in a stand-up fight, as opposed to the fruitless hunts, hidden ambushes and roadside bombs of insurgency. The reason wasn’t just his force’s training, but that in any battle, his side alone could call down systems of technology that the insurgency couldn’t dream of having, from pinpoint targeting of unmanned aerial systems controlled via satellite from thousands of miles away to hundreds of GPS-guided bombs dropped by high speed jet aircraft able to operate with impunity.

Yet U.S. forces can’t count on that overmatch in the future. This is not just the issue of mass proliferation discussed above, driven by the lower barriers to entry and availability of key tech on the marketplace. Our future counterinsurgency thinking must also recognize that the geopolitical position has changed. As challenging as the Taliban and ISIS have been, they were not supported by a comparable peer state power, developing its own game-changing technology, and potentially supplying it to the world.

Mass campaigns of state-linked intellectual property theft have meant we are paying much of the research and development costs of China’s weapons development, while at the same time, it is investing in becoming a world leader in each of the above revolutionary technology clusters. For instance, in the field of AI, China has a dedicated national strategy to become the world leader in AI by the year 2030, with a massive array of planning and activity to achieve that goal. Meanwhile, it has displayed novel weapons programs in areas that range from space to armed robotics.

The result is that in a future insurgency, whether from purchases off the global market or proxy warfare supplies, American soldiers could face the same kind of shock that the Soviet helicopter pilots had in their 1980s war in Afghanistan, when the Stinger missile showed up in the hands of the mujahideen. The United States could one day find itself fighting a guerrilla force that brings better technology to the fight.

Questions: What changes in tactics are needed for counterinsurgents when they do not enjoy technology “over-match?” How does the growing geopolitical environment shift counterinsurgency? Are U.S. tactics and doctrine ready for great power supported insurgents?

The most powerful evidence that we are in a time of historic change is that the trends that are in play in technology, and their resulting effects on the world, are so diverse that they can be a bit overwhelming. Their challenge is not merely that they ripple out in so many different directions, but that we are simply not in a position yet to answer many of the questions that they raise, especially for a realm so prone to uncertainty as war. But that is okay to admit. As Werner Herzog sagely put it, “Sometimes a deep question is better than a straight answer.”

Yet, in all this uncertainty, there is one key takeaway lesson that a survey of the technology that looms and its potential effect on counterinsurgency and counterterrorism does seem to provide: In such a time of massive change, those that choose to stand still, ignore the trends, and not adjust appropriately, are still making a choice with their inaction. They are choosing to lose the wars of tomorrow. 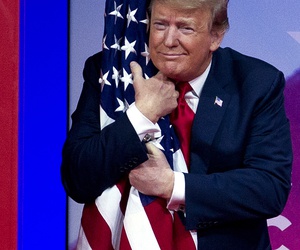 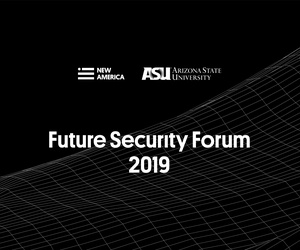 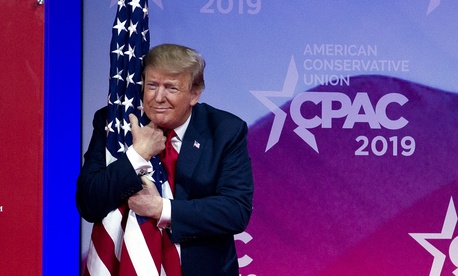 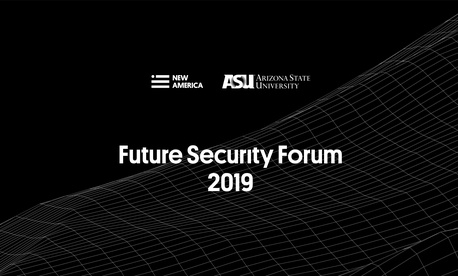