The American jihadist thanked me for my interest in the Islamic State.

Four years ago, I wrote a letter to John Walker Lindh, then–inmate number 45426-083 in the Terre Haute penitentiary, to ask for advice about jihadism, Islamic law, and the Islamic State. Lindh is the most famous jihadist America has ever produced. In December 2001, he was pulled, half-dead, from a cellar full of fellow al-Qaeda fighters in northern Afghanistan, and 10 months later he was sentenced to 20 years in U.S. prison for terror-related crimes. He is scheduled to be freed today, with three years off for good behavior, and many—including Donald Trump—have objected to his release.

The story of our correspondence is in my book The Way of the Strangers: Encounters With the Islamic State, but some details appear here for the first time.

Lindh wrote back to me promptly and courteously:

In order for me to even consider responding to your inquiry, I would require that you furnish me with books, treatises, articles, or other writings produced by leaders of the Islamic State and/or scholars affiliated with it (preferably in the original Arabic). It would not be appropriate for me to comment otherwise.

Thank you for your interest in the Islamic State.

Days later, I printed a big stack of essays, speeches, and fatwas by ISIS scholars and mailed it to Terre Haute.

Lindh’s father, Frank, a lawyer in San Francisco, told me that his son was a prisoner of conscience who, like many inmates in that section of Terre Haute, had been locked up for “political” reasons. At heart, he was a scholar, a bookworm; the government had robbed him of his freedom but would not thwart his ambition of becoming a learned Islamic thinker. Frank spoke with me from a Terre Haute Red Roof Inn in 2015, on one of his many visits with his son.

Of course, Yahya Lindh had pleaded guilty to a fairly specific and material crime: working for the Taliban, and carrying explosives while doing so. Others in Terre Haute were prisoners of conscience whose consciences had told them to, say, attempt to acquire weapons of mass destruction and blow up skyscrapers in the service of Allah. But in our short correspondence, his tone remained bookwormish. He was fastidious, even officious, in his reluctance to opine on matters that he had not studied in the original language.

The warden at Terre Haute declared my care package of ISIS propaganda contraband, and it was confiscated. (None of it directly incited violence—it was mostly about obscure points of Islamic law. But the warden had a point.) Lindh wrote back gratefully, affixing to the envelope a forever stamp honoring recipients of the Purple Heart. He couldn’t comment in any detail, he said. Maybe others could help:

Considering the attention that the Islamic State has attracted from the media, academics, researchers, and others over the past couple of years, it is striking to me how few appear to have actually visited the Islamic State to see how things really are there and to meet and interview its leaders … I would like to suggest that you visit the Islamic State yourself so that you can pose your questions directly to its officials and leaders. I am sure there are ways that that can be arranged.

I told him that sounded like a splendid idea, except for the possibility that I might be beheaded or enslaved.

I understand your concerns about being killed or enslaved, however I believe that your apprehensions are misplaced. The journalists who have been taken into custody by the authorities of the Islamic State travelled there illegally. Had they gone with the proper documentation, I am confident that the authorities of the Islamic State would have honoured their covenants, as required by Islamic law.

And then our correspondence ended with a note of self-effacement. Lindh said he was a mere “layman,” my sources were adequate to answer my questions, and his own opinions were “of no consequence.” He guided me to his “colleague” and former fellow Terre Haute inmate Ahmad Musa Jibril, a notorious ideologue now free and living in Michigan, and said that Jibril could answer further questions. Jibril was the most popular cleric among ISIS jihadis, before his accounts went dormant for legal reasons.

His more than 17 years in captivity seem, on the basis of this correspondence, to have converted Lindh from an al-Qaeda supporter to an Islamic State supporter.

According to reports, Lindh acquired an Irish passport a few years ago, and he intends to move to Ireland to proselytize once his probation ends in a few years. No one has said where he intends to live in the meantime, but one possibility is a return to Marin County, California, where he grew up in the 1990s and where his father still lives.

In 2002, George H.W. Bush, expressing his total lack of sympathy with Lindh, called him a “Marin County hot-tubber.”* (He later apologized for maligning Marin County when he had intended to malign only Lindh.) That nickname got to the heart of what irritates so many Americans about Lindh. He had everything: loving parents, wealth, a childhood in a fantasyland of pleasure and natural beauty. Before even reaching adulthood, he had rejected it all. He posed online as an aggrieved black man. After his conversion to Islam, he rejected every opportunity to live like most Muslims he met, and instead sought ever more extreme peers, first in the madrasas of Yemen, then in Pakistan, and finally in the al-Qaeda camps of Afghanistan.

As a member of al-Qaeda, he fought against the Northern Alliance, the local U.S. ally seeking to unseat the Taliban. Two American CIA operatives, Mike Spann and David Tyson, found and interrogated him at a fort in northern Afghanistan. Lindh’s fellow prisoners were hiding grenades, but Lindh said nothing during the interrogation, and in the minutes that followed, the prisoners overwhelmed and killed Spann.

The journalist Robert Young Pelton found Lindh the next day, wounded by shrapnel and hypothermic after the prison-uprising battle. “When I first met him, the thing that surprised me the most was that he didn’t want to talk to his parents,” Pelton says. He wanted martyrdom, and he said so. “Lindh seemed like a sociopath who had been working really hard to be with a group that was killing Americans and fellow Muslims.”

He was, Pelton says, an “obsessive.” And unfortunately, it appears that his obsessions have not varied. T. S. Ellis III, the federal judge who approved his probation, imposed strict rules on him, including a total ban on use of the internet and no contact with known extremists, presumably including his “colleague” Jibril. Authorities certainly know about Lindh’s continuing radicalism—not least because they have read every word of my correspondence with him.

The chances that he will leave prison and immediately start gathering bomb-making materials seem exceedingly slim to me. But the chances that Marin County will someday have an unrepentant jihadist praying in its mosques, and soaking in its (woman-free) hot tubs, seem very high. (ABC’s James Gordon Meek has reported that Lindh will initially live in Virginia, where he was sentenced.) Senators Richard Shelby and Maggie Hassan wrote to the Bureau of Prisons to ask why Lindh is out early. Their letter’s last points, though, cut to the deeper problem. What “policy, strategy, and process” do we have to ensure that a terrorist can “reintegrate into society”?

They need not wait for the bureau’s reply, because Lindh answers the question for them: No such process exists. People can change in prison, just as people can change out of prison. But the process has not been invented, outside of A Clockwork Orange, to take a bookish fiend and divert him to better books, or to less murderous hobbies. The durability of jihadist ideology remains baffling to most politicians and bureaucrats. It does not evanesce because of aerial bombing, exposure to irenic Muslim narratives, or long-term imprisonment. It sticks in the brain like chewing gum in the hair. And everything we know about the psychology of Yahya Lindh suggests that the only way to release him safely would have been to get a time machine (perhaps of the hot-tub variety) and divert him from jihadism 20 years ago, before he ever became permanently devoted to it. For now, public security demands nothing less than close observation for a very, very long time. 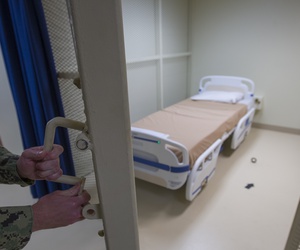 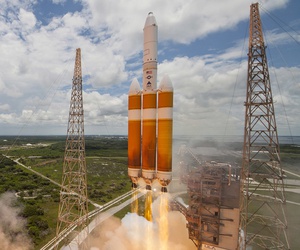 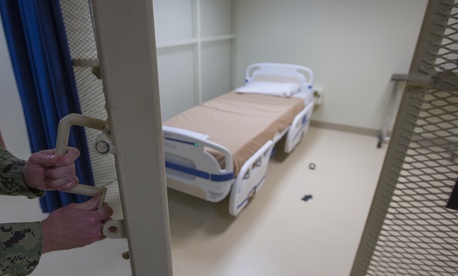 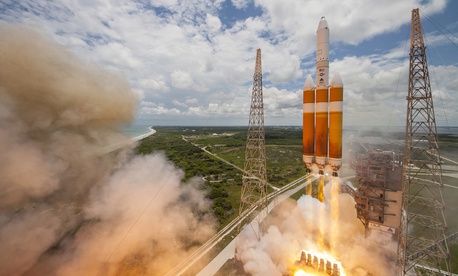