Defense Secretary Ash Carter announces his Women in Service Review during a press brief at the Pentagon, Dec. 3, 2015.

My late friend Sen. John McCain once called me to complain about an inexcusably large cost overrun on an aircraft carrier. “Ash,” he said, “how am I supposed to support the DOD budget the way you want when the voters are reading about this kind of thing?”

McCain’s words stung, but he had a fair point. The Department of Defense asks for and receives nearly three quarters of a trillion dollars every year to defend America. Contending with multiple threats from China, Russia, Iran, North Korea, and terrorists can’t be done on the cheap. But it’s unreasonable to expect taxpayers to fork over that amount of money unless it’s managed responsibly.

As someone who served in the Pentagon’s top three jobs – as the Under Secretary for Acquisition, Technology, and Logistics, the official responsible for buying weapons and sealing contracts; and later as the Deputy Secretary and finally as Secretary of Defense – I’ve seen the good, bad, and ugly of defense program management. The good news is that, contrary to old tales of $640 toilet seats and $435 hammers, discipline in the DoD’s spending and procurement has come to be the rule and not the exception. How America’s largest bureaucracy got there is a story of tough accountability, right incentives, and tenacious focus on the needs of troops themselves.

The poster child for poor program management in recent Pentagon history was the F-35 joint strike fighter (JSF). In 2009, when I became the “acquisition czar,” development of the plane was taking twice as long, and costing twice as much, as it was supposed to. The entire effort – and thus America’s air superiority for decades to come – was in jeopardy.

Righting the jet fighter began with a frank conversation. I called the contractor into my office to discuss the program on a Saturday morning – a clear signal of my annoyance. Seeing his nonchalance about cost and schedule overruns, I walked out of the meeting. I quickly fired the Pentagon program manager and revoked $416 million of the contractor’s fee. I then removed the more complex Marine Corps version of JSF from the critical path so the easier Air Force and Navy versions could go forward.

But the critical step was not to confront but to align the Pentagon’s incentives with those of industry to control costs in production. Nearly 2,500 of these planes were to be built for the U.S. military and more than 1,000 for allies, so costs had to be controlled. To do that, we developed a contract in which the company could keep half of every million dollars saved under the agreed target cost; the other half was returned to the Treasury. On the other hand, for every $1 million over cost, the contractor was responsible for half – and the full amount for any overrun exceeding 20 percent.

This structure got taxpayers and contractors working toward the same purposes. The result? JSF production costs at last began to level off and then decrease. Our military got game-changing technology and our economy got critical exports. The JSF may well be the last manned fighter jet ever built. But it will dominate the U.S. arsenal and the global marketplace for several decades. 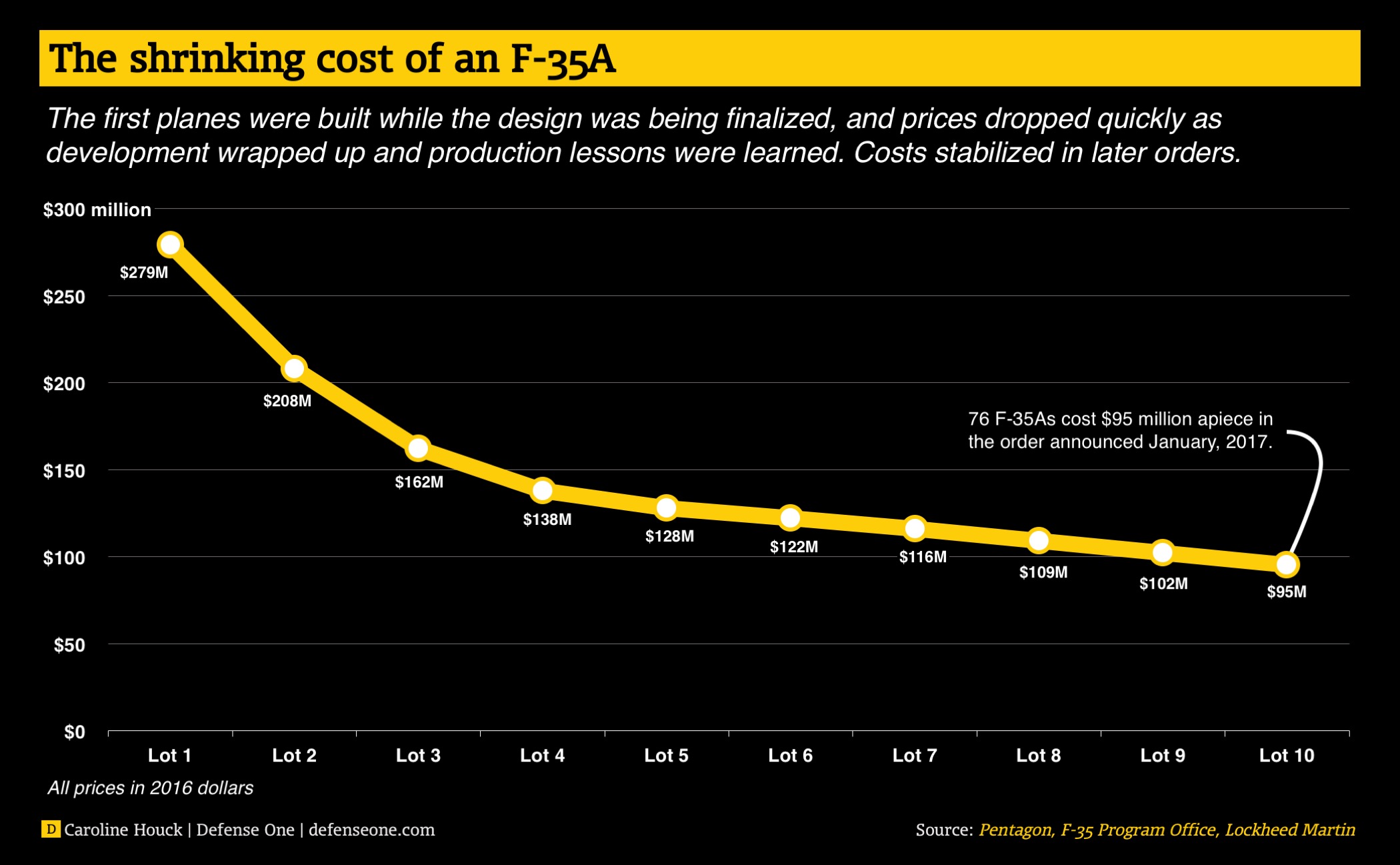 Taming its budget was a matter of disciplined management. There were no tricks or fads. In nearly 40 years of involvement in defense programs, I’ve seen periodic waves of “acquisition reform” that often did more harm than good, especially when launched by legislators with no management experience who frequently heeded the tendentious advice of DC lobbyists and think tanks.

While the words “waste, fraud, and abuse” are frequently strung together, most cases of Pentagon overspending are caused by poor management, not moral turpitude—though cases where that does occur are punished severely. What’s more, cost overruns can’t be blamed on acquisition rules and regulations, though these are indeed voluminous. In overseeing hundreds of programs, I was never stopped from doing the right thing by those rules, idiotic as many of them are. And the biggest cause of wasted dollars in the federal government over the past decade has been the herky-jerky budgeting due to gridlock and sequestration, not poor government managers or errant contractors.

Accelerating speed of delivery is just as vital as controlling costs. While schedule delays are always wasteful, in war they are downright unacceptable. That’s why my highest priority as acquisition czar was not managing multi-billion-dollar, high-tech programs but rushing needed vehicles, radios, intelligence, and medical innovations to the battlefields of Afghanistan and Iraq. In high tech competition with, for example, the Chinese, Russians, and Iranians, American lives, and the security and prosperity we enjoy, are at risk. In the fast-paced world of today’s tech, delay can mean you miss the boat entirely on a generation of technology. DOD dawdled so long on developing software-controlled radios that by the time we needed them in Afghanistan we had to buy them at Radio Shack. Imagine if we have a comparable experience with the race to develop AI in competition with the Chinese.

The Pentagon is literally the world’s largest enterprise. It employs more men and women than Amazon, McDonald’s FedEx, Target, and General Electric, combined. It also conducts more research and development than Apple, Google, and Microsoft – again, combined. Defending America is costly work. But it should never be wasteful work. 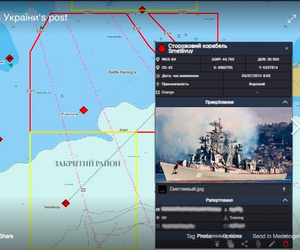 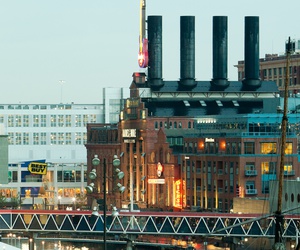 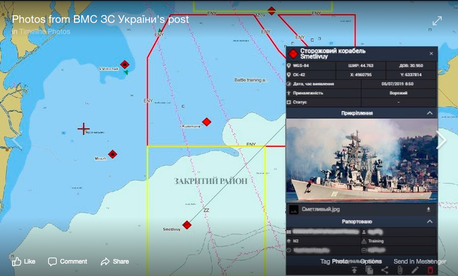 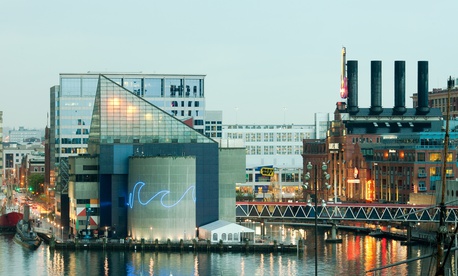