In a puzzling Oval Office press conference, the commander-in-chief throws his purported strategy into doubt.

President Donald Trump said six times on Monday that U.S. troops should not be in Afghanistan as “policemen,” undercutting his own “South Asia Strategy” and rebuffing the Pentagon’s top generals — including the one he recently nominated to lead the Joint Chiefs of Staff.

Trump barely mentions Afghanistan, most days. Think about how often he works toward or talks about Iran, a nuclear deal with North Korea’s Kim Jong un, a trade deal with China’s Xi Jinping, or any deal with Russia’s Vladimir Putin. Think of how often he raises U.S. border security issues as a threat. Think of how often he tweets, talks, calls into Fox News shows, and riffs at his rallies about Democrats or the press. When was the last time you can recall him talking with any substance about the Afghanistan war? Even he admits he doesn’t talk about it much.

It’s not just the president. Congress has shown little recent interest in Afghanistan. In June, senators  asked Milley for his thoughts on continuing America’s military mission there. “I think it is slow, it’s painful, it’s hard — I spent a lot of my life in Afghanistan — but I also think it’s necessary,” Milley said, supporting the Trump administration’s strategy. But during Army Secretary Mark Esper’s confirmation hearing last week to become the next defense secretary, senators asked a total of zero questions about Afghanistan.

On Monday, Trump welcomed Pakistan’s Prime Minister Imran Khan to the Oval Office for a photo op that turned into an extended impromptu press conference. The word “Afghanistan” appeared some 30 times as Trump complained about the war’s long duration, criticized the use of U.S. aid to rebuild schools, and disparaged the value of the U.S. military mission and presence there.

I think Pakistan is going to help us out to extricate ourselves. We’re like policemen.  We’re not fighting the war. If we wanted to fight a war in Afghanistan and win it, I could win that war in a week. I just don’t want to kill 10 million people. Does that make sense to you? I don’t want to kill 10 million people. [Editor’s note: The population of Afghanistan is about 37 million.]

So we’re working with Pakistan and others to extricate ourselves. Nor do we want to be policemen, because basically we’re policemen right now. And we’re not supposed to be policemen. We’ve been there — we’ve been there for 19 years, in Afghanistan. It’s ridiculous. And I think Pakistan helps us with that because we don’t want to stay as policemen. But if we wanted to, we could win that war. I have a plan that would win that war in a very short period of time. You understand that better than anybody.

We’ve been in there not fighting to win, just fighting to — they’re building gas stations; they’re rebuilding schools. The United States, we shouldn’t be doing that. That’s for them to do.

But what we did and what our leadership got us into was ridiculous. But we will — I think we’ll have some very good answers on Afghanistan, very quickly.”

Nobody knows what Trump meant by “answers” or “a plan that would win that war in a very short period.” But everyone who has tracked foreign policy since the 1990s knows what that “policemen” line means. The GOP used it against Bill Clinton after he involved the United States in the Balkan Wars and after the “Black Hawk Down” disaster in Somalia. In 2000, George W. Bush used it against Vice President Al Gore. The argument was that the U.S. should not lose sight of big-power threats, like nuclear missiles, nor get entangled in small wars around the globe.

Then 9/11 happened. Suddenly Republicans were very interested in sending U.S. troops around the world to hunt, capture, and kill terrorists.

Then came Trump, who promised to withdraw from such foreign entanglements, and won. Today, a wide swath of politicians on the right and left are calling for an end to “endless wars,” including several  Democratic presidential candidates. “Endless wars” effectively is the new “global police.”

But the desire to pull back runs counter to the advice of those that want the U.S. to remain — remain deployed, remain engaged, and remain ready to help with non-military plans and assistance and leadership when the wars are over.

Related: Trump Just Killed His Own Defense Strategy
Related: ‘Winning’ or Not, Trump Doesn’t Seem to Be Listening To His Generals

The U.S. mission in Afghanistan, as Pentagon leaders describe it, is to keep limited forces on station to press the Taliban to the table, and to keep forces in South Asia to deter and respond to terrorist groups, especially those plotting attacks on the U.S. homeland.

Trump undermined all of that with his Monday comments. It wasn’t the first time. In January, at a Cabinet meeting Trump said he’d just as well let the the Taliban and ISIS fight each other over Afghanistan and pull U.S. troops out.

Meanwhile, the president continues authorizing special operations forces missions to fight in Afghanistan, where they are hunting, capturing, and killing terrorist suspects. They go because they are told to go. Call it SOF missions, call it police action, call it whatever you want. They are sent by commanders and civilian leaders who say it is good for American national security and global security that they go.

If the commander in chief doesn’t believe in his own strategy, and in the missions that U.S. troops are currently executing on his orders, then he should say so, and bring them home now. If he does believe in it, and all of the politically difficult patience it requires, then he should defend it. Either would be better than what he said on Monday.

Two weeks ago, Special Forces Sgt. Maj. James G. “Ryan” Sartor, was killed in action in Afghanistan, the twelfth to die in the country this year. 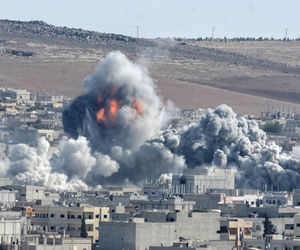 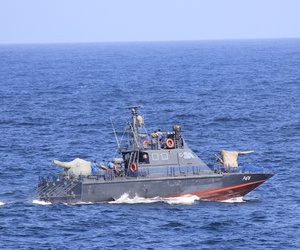 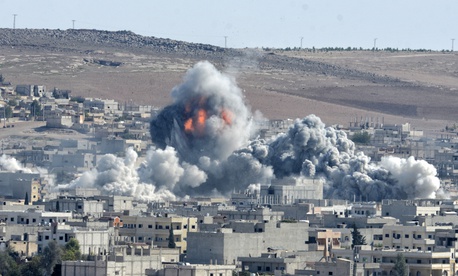 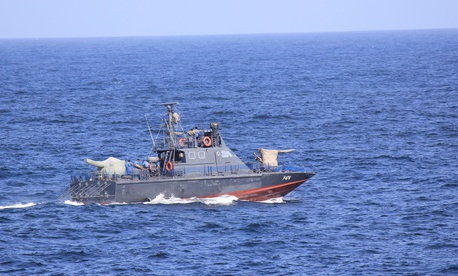