Catalina Saenz wipes tears from her face as she visits a makeshift memorial near the scene of a mass shooting at a shopping complex Tuesday, Aug. 6, 2019, in El Paso, Texas.

Assault weapons are designed to kill as many people as possible in the shortest time possible. They are for war; they are not for sport.

Since the massacre at Sandy Hook Elementary School in which 20 of our first graders were slaughtered with an AR-15-style rifle, I have pondered despairingly how long it would take for America to put an end to the killing generated by these weapons of war. I very briefly had hope that the massacre of our little ones would bring us to our senses, spurring Congress to pass commonsense legislation, including universal background checks and a ban on assault weapons—those massively lethal weapons of mass destruction.

I spent my entire professional life taking up arms in defense of our country, serving in wars from Vietnam to Afghanistan, and ending my service as chairman of the Joint Chiefs of Staff. During the wars in Iraq and Afghanistan I saw how our ground forces and special forces sought to improve the precision and lethality of their weapons, which took enemy lives and saved their own. Such is the nature of war.

But these weapons are for war; they are not for sport. Assault weapons are designed to kill as many people as possible in the shortest time possible. As the tragic events last week in El Paso and Dayton attest, these weapons make it virtually impossible for law-enforcement agencies to stop those bent on taking lives. In Dayton, heroic officers responded within 30 seconds, and yet the shooter still killed nine people.

I had hoped that our political leaders would put saving innocent lives ahead of their careers, if necessary sacrificing their own political ambitions to get this done. But our politicians have proved unwilling to take up the cause or to take risks for the sake of the many citizens, young and old, murdered both before and after Sandy Hook. Would you gather the courage if it were your son or daughter whose life had been taken?

Related: Here Are the FBI’s Warning Signs of a Mass Shooter

In the years I served as chairman of the Joint Chiefs of Staff, I sat with far too many mothers and fathers, brothers and sisters, sons and daughters of loved ones killed in combat, the best of us, who had made the ultimate sacrifice while serving our country. I hoped—hopelessly—that I could somehow ease their unimaginable pain and suffering. The haunting, empty, tragic stares of these grieving families will live with me forever.

After Sandy Hook, I watched in abject disgust while our Congress did nothing, despite the fact that some 90 percent of Americans supported universal background checks. That inaction typified the paralysis and division consistently displayed by elected officials from both parties. Each party could display the same motto: “Party before country.”

Since Sandy Hook, the politics have gotten worse and the weapons have become more deadly. And we are led by an administration without a moral compass, which seeks to divide us and destroy our values: equality, freedom, democracy, human rights, integrity, responsibility, accountability. These attacks threaten the very underpinnings of our civilization.

Now is the time for courage. We must take steps to make our country and its citizens safe from this growing national-security threat by banning these assault weapons with their large magazines, and by putting in place comprehensive and universal background checks without loopholes. The United States accounts for some 4 percent of the global population but holds about 45 percent of the civilian firearms in the world. We are way out of balance.

I have been involved in the use of arms for my entire adult life. I understand what they can do. It is time to act. If we do nothing, many more innocent lives will be needlessly sacrificed—and the blood of those innocents will continue to flow upon our hands. 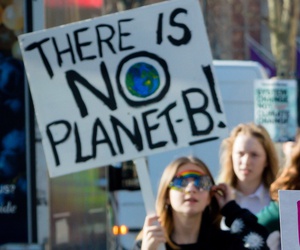 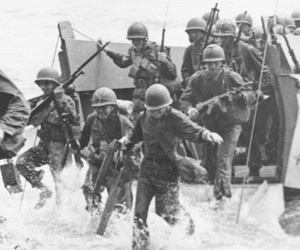 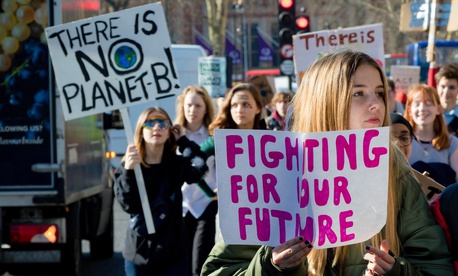 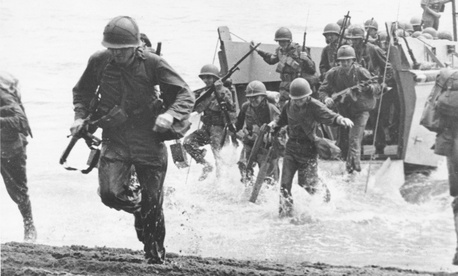