Competition between the U.S. and China may be inevitable, but if Trump and Xi mishandle the Hong Kong crisis, they could lose the ability to calibrate.

For two and a half years, the world has wondered how President Donald Trump would cope with a real international crisis. That crisis may have finally arrived in Hong Kong, as Beijing appears poised to execute a massive, violent crackdown against protesters. And how it’s resolved will matter not just for Trump’s political fortunes—it will determine whether the United States and China can find a basis for managing competition with each other, or whether they will be locked in a new and volatile Cold War.

Unrest in Hong Kong would pose a particularly difficult challenge for any American president, who would have to balance support for democracy, human rights, and peaceful protest against the need to avoid interfering in China’s domestic affairs.

The shadow of Budapest in 1956 looms large. Hungarians believed, with good reason, that the United States would support them if they rose up against the Soviet Union. When they did so, President Dwight Eisenhower refused to intervene, believing it could lead to a general war. This tragic episode was a warning to future presidents not to overpromise. That lesson was learned again when President George H. W. Bush encouraged the Kurds to rise up against Saddam Hussein in 1991, only to abandon them.

During Hong Kong’s 2014 umbrella protests, which were not as far-reaching as those taking place now, President Barack Obama struck a cautious note, expressing America’s inherent sympathy for freedom of speech and association and saying his government’s primary message was the avoidance of violence. Republicans, including Senator Marco Rubio, criticized Obama for not being more supportive of the protesters. The White House worried that any support would lend credibility to Beijing’s claim that the protests were orchestrated by the United States—and was careful not to overpromise.

Presidents are constrained in what they can say. We should cut Donald Trump some slack. But even taking those constraints into account, Trump’s response could hardly have been worse. Not only was Trump silent on America’s core values. He also increased the risk of a major miscalculation by China with seismic geopolitical consequences. It may prove to be the greatest mistake of his presidency.

Trump’s folly began with a phone call to China’s president, Xi Jinping, on June 18. According to the Financial Times and Politico, Trump told the Chinese leader that he would not condemn a crackdown in Hong Kong. The commitment was made on the fly, without prior consultation with his national-security team. On August 1, Trump made good on that secret promise when he told the press:

“Something is probably happening with Hong Kong, because when you look at, you know, what’s going on, they’ve had riots for a long period of time. And I don’t know what China’s attitude is. Somebody said that at some point they’re going to want to stop that. But that’s between Hong Kong and that’s between China, because Hong Kong is a part of China. They’ll have to deal with that themselves. They don’t need advice.”

On August 13, Trump called it “a very tough situation,” but added that he hoped “it works out for everybody, including China.” Later he tweeted, “Many are blaming me, and the United States, for the problems going on in Hong Kong. I can’t imagine why?” His secretary of commerce, Wilbur Ross, told CNBC, “What would we do, invade Hong Kong? … It’s a question of what role is there for the U.S. in that manner? This is an internal matter.” Politico reports have quoted administration officials as saying that Trump is singularly focused on a trade deal and does not want human rights to get in the way. After a torrent of criticism, and a deluge of statements from congressional leaders, he tweeted last night, vaguely asking Xi to deal with Hong Kong “humanely” and hinting at a meeting. He could have said no violence, but he chose not to. This morning, he again praised Xi and suggested he meet with protesters. It was marginally better than the unconditional green light he had offered previously, but it is still far short of what is required.

Trump’s remarks will be read in the historical context of his previous comments on repression in China. In a now-infamous interview with Playboy in 1990, Trump reflected on a recent visit to the Soviet Union. “Russia,” he said, “is out of control and the leadership knows it. That’s my problem with Gorbachev. Not a firm enough hand.” The interviewer followed up by asking, “You mean firm hand as in China?” Trump responded: “When the students poured into Tiananmen Square, the Chinese government almost blew it. Then they were vicious, they were horrible, but they put it down with strength. That shows you the power of strength.”

Much will be made of the immorality of Trump’s position, how he has abdicated the role of leader of the free world, and why his stance makes violence more likely. That is all true—but Trump’s stance is even worse than it appears.

The Hong Kong crisis comes at a particularly sensitive moment in U.S.-China relations. Competition between the two global powers may be inevitable, but its scope and intensity depends on the decisions both countries make. In Hong Kong, Xi faces a crucial choice—a 21st-century version of the Tiananmen Square crackdown would make a new Cold War all but inevitable.

A violent crackdown would make it much more difficult to calibrate competition with China. China will have revealed itself to be a totalitarian dictatorship guilty of the excesses associated with such regimes. Cooperation will become difficult, if not impossible, even on matters of mutual interest. Having crossed the Rubicon and incurred the costs, Xi may be even more willing to flex China’s muscles in the South China Sea and East China Sea, increasing tensions with its neighbors and the United States. If China handles Hong Kong in a heavy-handed way, that would also have repercussions for Taiwan, which would see its suspicions of the mainland confirmed.

A violent crackdown would also accelerate economic decoupling, with Western investors fleeing Hong Kong as it becomes just another Chinese city. More than 1,300 U.S. firms have a presence in Taiwan, including nearly every major U.S. financial firm. There are 85,000 U.S. citizens in Hong Kong. They would likely leave. A violent crackdown would almost surely lead to the imposition of sanctions by the U.S. Congress, if necessary with a supermajority to overcome a presidential veto. The decoupling would not be confined to Hong Kong. The tariffs and restrictions imposed to generate leverage in trade negotiations would become permanent.

I asked Michael Green, who served in senior positions on Asia in the George W. Bush administration, what Trump should say now. The president, he said, should point out to Xi that the 1992 Hong Kong Policy Act allows the administration to change its approach should Hong Kong become less autonomous. He should also say that China’s actions here will be seen as an indicator of its direction more generally, and make it abundantly clear there is no place for the use of force or violence as the people of Hong Kong express their aspirations as allowed under the rule of law. The administration should then work to ensure that Japan, Australia, and the European Union issue similar statements.

In a normal administration, the president might also ask a trusted Cabinet member to privately convey to Xi the geopolitical stakes and America’s likely response. That interlocutor would emphasize that the U.S. response would not be as it was in Tiananmen or Budapest—to just move on. The geopolitical context is different now. The United States did not respond to the Budapest uprising in 1956, when the Cold War was already well under way, but if it had occurred in 1946, it may now be seen as a proximate cause of a decades-long struggle between Moscow and the West. The kindling is dry, and a spark will light it up. Trump may say he doesn’t care, but the country will. 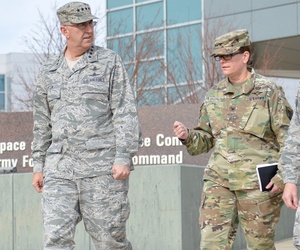 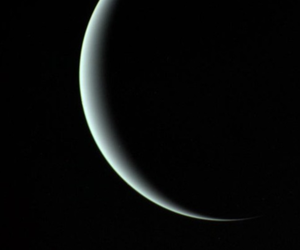 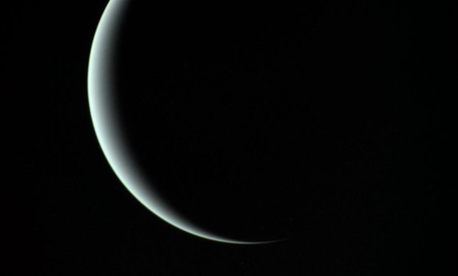