In Haiti, an all-female Bangladeshi Formed Police Unit served with the UN mission, known as MINUSTAH, from 2015 until October 2017.

Here’s a list of related House provisions that should be part of 2020's final authorization bill.

As Congress argues over the 2020 defense authorization bill, there is one issue that should provide common ground: the benefits of investing in women’s contributions to security. The House has already passed a set of provisions requiring the Defense Department to better draw on women; these should become part of the bill ultimately sent to the White House.

This would be just the latest bipartisan action in the area. In 2017, lawmakers worked across the aisle to pass the Women, Peace and Security Act, the world’s most comprehensive law to support women’s participation in peace and security efforts—and which is further reinforced by policies of both the Trump and Obama administrations. All this reflects a growing body of research that shows how the inclusion of women in peace and security processes helps to reduce conflict, prevent terrorism, and advance stability.

The House provisions start with efforts to expand our knowledge about the issue. An amendment from Rep. Lois Frankel, D-Florida, would require the Director of National Intelligence to submit an intelligence assessment on the relationship between women and violent extremism and terrorism (a parallel amendment was also included in the new Intelligence Authorization Act passed by the House last month). Similarly, a provision proposed by Rep. Chrissy Houlahan, D-Penn., would direct the Defense Secretary to invest in research on the intersection of gender and violent extremism, including identifying ways the Pentagon could further support women’s contributions to countering violent extremism and terrorism.

Other provisions would seek to improve U.S. efforts to build up its defense partners around the world. One would require the Defense Department to include attention to gender perspectives and the meaningful participation of women in training programs for partner militaries. Women remain underrepresented in security roles around the world, despite a growing recognition that female security officials make unique and substantive contributions that improve the effectiveness of military operations. Because women often have access to populations that men do not—particularly in traditional and more conservative societies—female officers can gather important intelligence about potential security risks. Female security officials also improve dispute resolution and are more likely than their male counterparts to de-escalate tensions and establish trust with local communities. Supporting the female leaders around the world who both can and want to serve in their countries’ militaries will make these forces more effective thereby advancing the primary purpose of U.S. security assistance.

That includes Afghanistan, where the U.S. war effort is approaching its eighteenth year. One provision in the House bill—also passed in previous defense authorization acts—would require the Pentagon to support Afghan efforts to recruit and retain more women in their security forces and to train female personnel to help secure future elections. Another amendment by Rep. Bill Keating, D-Mass., would require the Defense Secretary, in coordination with the Secretary of State, to ensure the meaningful participation of women in the Afghan peace process. In Afghanistan, women negotiated directly with insurgent leaders to support the reintegration of demobilized Taliban fighters into local communities, mobilized local support for the peace process, including by encouraging local insurgents to participate in talks, and worked in schools to counter extremist narratives. Despite their contributions—and broader evidence that when women participate in peace processes, agreements are less likely to fail and more likely to last longer—Afghan women have been sidelined from formal negotiations.

Building on last year’s pioneering funding of gender advisors for unified combatant commands, the House report directs the Secretary of Defense to designate a gender advisor for each of the combatant commands, as well as in the Office of the Secretary of Defense, the Defense Security Cooperation Agency, and the Joint Staff. Additional funding is proposed this year, along with support for research and building partner capacity training. Report language also seeks to ensure that through professional military education and pre-deployment training, the rising generation of American security professionals recognize that women’s participation in security efforts around the world advances U.S. stability.

Finally, both to strengthen the U.S. military and to lead by example, several proposals address efforts by the U.S. armed forces to recruit and retain more women. Two amendments by Rep. Brenda Lawrence, D-Michigan, would require the Armed Forces to evaluate successful gender integration strategies used by its own military departments as well as by foreign militaries. At the Defense Department, women comprise only 16 percent of active duty forces and hold fewer than 10 percent of leadership positions. Another amendment, led by Rep. Carolyn Maloney, D-N.Y., would guarantee all federal employees an historic 12 weeks of paid family leave—correcting the United States’ lonely position as one of only two countries in the world that do not mandate maternity leave.

With all of the defense priorities facing the United States today, how can Congress afford to prioritize investments in women’s security roles? The real question is: how can it not? Including women in peace and security efforts goes beyond fairness. It represents a strategic imperative that advances the Defense Department’s mission and makes us all safer. 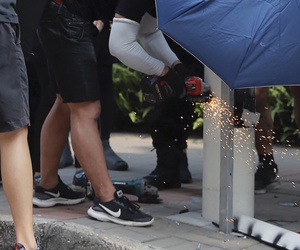 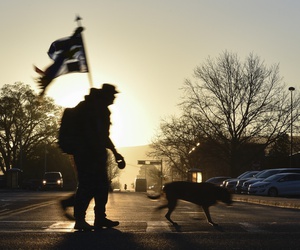 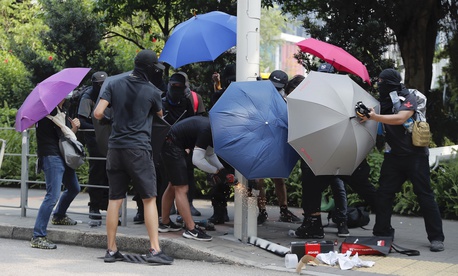 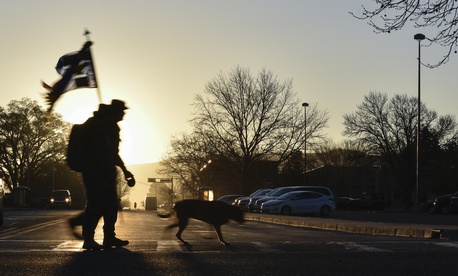