How Biden and Kerry Could Rebuild America’s Global Climate Leadership

How Biden and Kerry Could Rebuild America’s Global Climate Leadership

Building Stronger Public Health through the Pandemic and Beyond
Skip to Content
Get all our news and commentary in your inbox at 6 a.m. ET.
Ideas
NATO Must Engage in the Arctic

If you thought the alliance was already involved in the High North, you're not alone. But as great power presence turns hotter, it's time to get in the game. 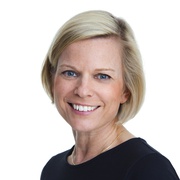 In a sudden blow, President Donald Trump last month managed to turn the icy Arctic into a hot spot by offering to buy Greenland. With an awkward and disrespectful proposal to Denmark, he highlighted the changing nature of politics in the region. Since the end of the Cold War, the Arctic has been safe haven for cooperation. Not anymore.

At the Arctic Council meeting in Finland in May, Secretary of State Mike Pompeo issued warnings about Russian and Chinese behavior in the region, but he upset the other Arctic states by ignoring climate change. The crack in the Arctic Council illustrates that managing competition is the new challenge for the region so that competition does not escalate into crisis or conflict, or a natural disaster with devastating consequences far beyond the Arctic area.

The institutions dealing with the Arctic urgently need to adopt to the new reality and put hard security on the agenda. The institution most fit to address that challenge is NATO.

Related: Defense One's complete coverage of the Arctic
Related: Trump’s New Arctic Policy Has a Familiar Ring
Related: Admiral: The US Is ‘Operating Blind’ In the Arctic

There is a widespread misunderstanding that NATO already deals with the Arctic. This is not the case. By tradition, NATO has kept out of multilateral discussions on the Arctic out of consideration for Arctic countries such as Norway and Canada. Rather, a subgroup of allies has taken on the role as “NATO in North”: Canada, Norway, the U.S., UK and Denmark, because of Greenland.

No other international institution deals with hard security in the Arctic. The Arctic Council’s remit excludes military matters, as does the Barents Euro-Arctic Council. The EU does not deal with territorial military matters. The Arctic’s Chiefs of Defense Staff, an informal meeting, has been in the freezer since 2015 due to Russia’s aggression against Ukraine.

Clearly, the present setup is not good enough to deal with rising great power competition. The lack of forums that deal with hard security issues in the Arctic has made the region vulnerable to spill-over effects of geopolitical tensions. The Arctic, a vast area covering roughly 4 percent of earth´s surface, is dominated by the Arctic Ocean. A great power who wants to guard its interests in the Arctic, must master the ice. But the United States, the world´s grandest maritime power, has only two icebreakers, of which one is way past its life expectancy. In contrast, Russia has a fleet of about 40 icebreakers and is building more. China has two, soon two more, and an ambition to build its first nuclear icebreaker, comparable to the biggest Russian ones.

The rest of the Arctic states, namely Canada and the five Nordic states, cannot by themselves balance competing great powers in the region. Canada adopted its Arctic policy only last week. U.S. engagement is likely to increase, but given the turbulence in world politics it makes sense to anchor Western security interests in the Arctic into a multilateral organization such as NATO.

More specifically, engaging NATO in the Arctic would bring the region into NATO’s holistic security approach, the so called 360-degrees, which guides development of defense and deterrence, thereby creating a broad transatlantic understanding of and interest in developments in the High North.  NATO also should conduct a joint threat assessment of the Arctic to the alliance, with regular updates using its standing committees. It has done similar assessments of the Baltic Sea and the Black Sea. Sweden and Finland, being Arctic states outside of NATO, should be included in the joint threat assessment process, as they have with Baltic Sea issues, through the Enhanced Opportunities Partners program, which allows for NATO to work exclusively with partners in the 29+2 format.

NATO will need new crisis response planning that includes the Arctic, the North Atlantic, and the Baltic Sea — a coherent response and a planning strategy that takes into account the implications of a militarized Arctic for the whole of Northern Europe. To be ready, NATO needs capability development that addresses the needs in the Arctic, through the NATO Defense Planning Process.

Politically, as much is possible, NATO should discuss its intentions, plans, and changes with Russia through the NATO-Russia Council. Increased transparency regarding military capabilities and exchange of information on exercises could pave the way for confident building measures.

Use NATO. The Arctic needs collective attention from the military alliance. Western states need a coherent security response to address competition in the region. NATO should function as an arena to discuss the new geopolitical climate in the Arctic, and lead the way. While forums for dialogue and cooperation within areas such as research, environment, sustainability, search and rescue, and border control should be maintained, the increasing levels of military activities and great power competition in the Arctic can no longer be ignored.

UPDATE: This article was updated to reflect that Canada adopted a new Arctic policy one week prior.

NEXT STORY: America Needs a Whole-of-Society Approach to Cybersecurity. ‘Grand Challenges’ Can Help.