A misguided war that drags on inconclusively for more than 18 years is, I submit, a great crime.

As the House Judiciary Committee drafts articles of impeachment intended to remove President Donald Trump from office, let us pause to reflect on the subject of relative malfeasance. Allow me to stipulate that Trump is unfit for office. He is a coarse, vulgar, and dishonest demagogue. Yet I want to suggest that his transgressions, while notable, pale in comparison with a far greater crime that unfolded right before our eyes, for years, well before his election.

That crime is the Afghan War. Now, withholding security assistance from a beleaguered nation threatened by Russia in return for political favors is a despicable act. This is true even if that nation is one that Washington only recently decided to classify as vital to U.S. interests.

But a misguided war that drags on inconclusively for more than 18 years is, I submit, a far greater crime. This is especially the case if that war has cost the United States more than $1 trillion, with 2,300 U.S. troops and more than 3,800 American contractors killed, and another 20,000 GIs wounded in action, many grievously. And that’s not counting the more than 100,000 members of Afghan security forces and Afghan civilians killed along the way.

No evidence exists to suggest that the United States and its allies are today winning this war. Indeed, the available evidence points in the opposite direction: The Taliban are growing in strength day by day. The on-again, off-again peace negotiations undertaken by the Trump administration amount to little more than a transparent effort to get out of Afghanistan, as the president has repeatedly promised to do, while creating a “decent interval” between the U.S. troop withdrawal and the eventual collapse of the Afghan regime in Kabul.

Related: Everyone Knew We Were Losing in Afghanistan

Critics of U.S. policy in Afghanistan have long made the case that U.S. efforts there are doomed to fail. Senior civilian and military officials have offered a different assessment, regularly issuing optimistic progress reports. At the end of the tunnel, light gleams.

Thanks to a trove of government documents made available today courtesy of The Washington Post, we now know that many of those officials were lying. The lies began during the George W. Bush administration and continued through the administration of Barack Obama. The liars included both senior civilian officials and military officers directly responsible for the war’s conduct.

In September 2013, General Mark A. Milley, then a U.S. Army three-star, today the chairman of the Joint Chiefs of Staff, offered this assessment of Afghan security forces: “This army and this police force have been very, very effective in combat against the insurgents every single day.” Either Milley was dissembling or he was deluded and therefore grotesquely incompetent. Take your pick. U.S. efforts to create effective Afghan forces have come nowhere close to demonstrating effectiveness.

Indeed, the documents show that from the war’s earliest days, senior U.S. officials such as Secretary of Defense Donald Rumsfeld knew that events in Afghanistan were spinning out of control. “I have no visibility into who the bad guys are,” Rumsfeld complained September 2003. Of course, by then for official Washington the Iraq War had eclipsed Afghanistan as a matter of priority interest. There, too, knowing who the bad guys are proved to be a problem.

Perhaps the most damning assessment in the documents that the Post provides comes from retired Army Lieutenant General Doug Lute, who served on the National Security Council during both the Bush and Obama administrations. Lute was commonly referred to as the White House “czar” for Afghanistan. Yet in a 2015 conversation with interviewers, he confessed, “We didn’t have the foggiest notion of what we were undertaking.”

In a dismal echo of Vietnam, the documents describe commanders in Afghanistan devising multicolored charts to measure their progress toward mission accomplishment, manipulating numbers as needed to show that things were headed in the right direction. “Every data point was altered to present the best picture possible,” one Army colonel acknowledged.

New commanders arriving in country discovered that their predecessors had left things in a total mess, only to report at the end of their tour that impressive progress had been made—with their replacements then finding quite the opposite. And so it went, year after year, as the U. S. military learned to deceive itself. In so doing, of course, it also deceived Congress and a gullible public.

Meanwhile, Congress offered negligible oversight, finding perpetuating the war more convenient than ending it. And members of the press demonstrated little of the outrage regularly heaped upon Trump for his varying offenses.

If those offenses meet the standard of high crimes and misdemeanors, then how are we to classify what has occurred in Afghanistan since U.S. forces first arrived in 2001? And who will demand accountability? After finishing with Trump, Congress has long-overdue work to do. 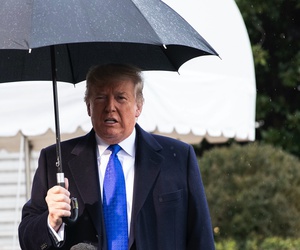 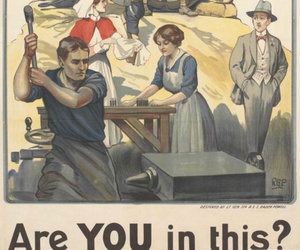 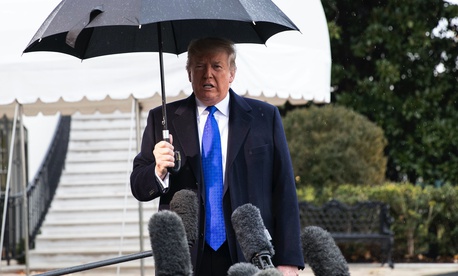 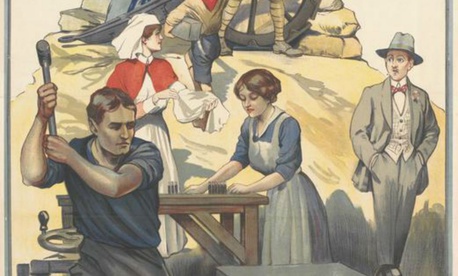