A Marine stands watch during the security reinforcement of the U.S. Embassy compound in Baghdad, Jan. 4, 2020.

Despite the mainstream narrative presenting a deep lack of appetite for another war in the Middle East, the United States will never be able to ignore the region completely.

After the U.S. strike on Qasem Soleimani, Americans feared the United States was on the brink of war with Iran. “World War III draft” memes circulated around the internet, and the Selective Service website crashed. Such fear of another so-called “forever war” exemplifies a growing narrative against U.S. engagement overseas and in the Middle East, but one that will ultimately damage U.S. interests in the region. If the United States is unable to implement a sustainable Middle East strategy, security and manning requirements will only continue to distract from greater U.S. foreign policy priorities such as strategic competition with China and Russia.

The motivation to end forever wars and reduce U.S. involvement in the Middle East is compelling. President Trump has himself latched onto this idea, tweeting his opposition and withdrawing some U.S. troops from Syria last fall. However, America’s best shot at preventing a “forever war” is not a total withdrawal of U.S. troops from the region. Previous attempts to ignore the Middle East have only resulted in being pulled back in — as the Trump administration has experienced in its effort to conventionally deter Iran by deploying 20,000 additional U.S. troops to the region.

America must right-size its approach to the Middle East in a sustainable way rather than continuing the yo-yo approach of the last two decades. The U.S. has been a regional security leader in the Middle East for decades, but the political and public appetite for the role has waned as American success in this position has come into question. But the American public believes the United States still has interests in the region—primarily preventing the export of terrorism from the region and the spread of nuclear weapons within it. A smaller and predictable presence can satisfy the public’s concerns while also supporting partners in the region and reducing the strain on the force. This is a perspective increasingly shared by regional experts from former Deputy Assistant Defense Secretary Mara Karlin and former Deputy Assistant Secretary of State Tamara Cofman Wittes to former U.S. special envoy for the Israeli-Palestinian negotiations Martin Indyk to former Deputy Secretary of State William Burns.

As the aftermath of the Soleimani strike illustrated, the nation is tired of war and fearful of encouraging circumstances that lead to it. Even before public panic over a potential draft and World War III, polling demonstrated the exhaustion after two decades of conflict. According to a 2019 Pew survey, 62 percent of Americans feel the war in Iraq was not worth fighting and 58 percent say Afghanistan is not worth fighting. Further, a 2019 CAP survey found “6 in 10 voters favor diplomacy over military action in protecting U.S. interests” and similarly that “68 percent of Americans believe the United States must invest more at home to remain competitive in the world.”

Related: Toward A Smaller, Smarter Force Posture in the Middle East

U.S. troops and veterans are also tired of war; their opposition to the wars in Afghanistan and Iraq is on par with the American public. Their weariness reflects the strain all of the military components have been under since 2001: National Guard and Reserves have been regularly relied on to supplement the force, while special operations missions and deployments have increased dramatically to cover gaps. This operational tempo has largely been unsustainable. Furthermore, the “war weariness” narrative hurts military recruitment and force readiness.

However, war weariness does not erase the need to protect U.S. interests in the Middle East. Though those interests have evolved over time, the public has expressed its own concerns. First and foremost, Americans still widely agree that terrorism needs to be curtailed: 72 percent of Americans thought taking steps to prevent terrorism should be a top foreign policy goal and 90 percent of Americans named “protecting the U.S. homeland from enemy attacks and terrorism” as the number one priority. Likewise, 66 percent say a top priority should be preventing the spread of weapons of mass destruction. Pressure from two decades of war has translated into American opposition to interventions: 34 percent of Americans say “taking measures to seek out and destroy terrorist organizations in other countries” is a top foreign policy priority, while 27 percent say that military intervention contributes to U.S. safety. But preventing terrorism and denying nuclear weapons to countries in the region requires engagement.

Further, a 2019 Chicago Council poll shows while most Americans think military invasion makes the United States less safe (46 percent), they believe that preserving alliances (74 percent) and stationing U.S. troops in allied countries (51 percent) contributes to U.S. safety. This tension between the public’s foreign policy priorities and the means of achieving them underlines the need to re-think U.S. global leadership and engagement in the Middle East. Instead of oscillating between general withdrawal and a heavy military presence, the administration and Congress should support more consistent engagement in the region. Such a shift will have to include a rebranding of American efforts in the region that focus on long-term presence rather than defining engagement as “wars” and will have to demonstrate progress without high costs. A new approach has the potential to serve top domestic concerns, foreign policy goals, U.S. regional interests, and strain on U.S. troops.

The U.S. counter-ISIS mission is one model that could satisfy these inherent tensions by minimizing troop exposure while maintaining persistent presence. Although the public tends not to be supportive of intervention that sees service members put at risk, the public is more likely to “acquiesce to policymakers thinking it is in the interest of the United States and continue doing it” if conflict is low cost. Against ISIS, the United States uses a comparatively small number of troops to train, equip, advise, assist, or accompany local forces with legitimacy on the ground; provides airpower and some enablers and logistics; uses its limited military investment as leverage for a broader diplomatic effort; and/or invests in building local governance and providing aid on the ground.

Furthermore, a small, consistent presence of troops with a train-advise-assist mission could lessen the burden on military personnel. Mission success and U.S. interests globally are contingent on a well-functioning military that has been spread thin by conflict in the Middle East: post-9/11 overseas engagement has reduced capacity and increased strain across the services due to high deployment rates spreading the force thin. While DoD has made strides to reduce its footprint regionally and improve deployment to dwell ratios, such an approach must be formalized without creating additional work for special operations teams. Lack of ability to recuperate and train not only reduces readiness, but leads to a host of other stressors for servicemembers and their families. Greater predictability and consistency in the Middle East would reduce the accompanying stressors and pressures of high personnel tempo and operational tempo by leveraging rotational deployments and specialized units.

Regular train, advise, assist efforts are also needed to combat growing doubts of U.S. credibility and commitment to the region. The Army’s recently fielded Security Force Assistance Brigades (SFABs) will reduce the operational tempo of special operations and allow the rest of the Army to focus on other strategic interests and requirements, such as those defined in the National Defense Strategy. Furthermore, persistent presence will allow the United States to build lasting relationships with local partners and build their capabilities over time to eventually lessen the need for a U.S. presence. However, U.S. policymakers should not underestimate—and undermine—this timeline. Finally, strain on U.S. forces will be minimized with a predictable deployment schedule that improves the deployment-to-dwell ratio, streamlines special operations and SFAB deployments, and reduces direct and second order impacts on the Reserve Component. Ongoing instability in the Middle East will only distract the U.S. from other strategic interests. This strategic shift will require courage from Congress to make and stick to a sustainable approach to the Middle East.

Public concern about war with Iran and terrorist threats gets at a broader dissonance between the public’s perspective on the wars in Iraq and Afghanistan and public interest. Despite the mainstream narrative presenting a deep lack of appetite for another war in the Middle East, the concerns of the American public over the types of threats often exported from the region—think terror attacks and Iran with a nuclear weapon—mean the United States will never be able to ignore the region completely. Attempts in the past to drastically reduce U.S. involvement in the region, as President George W. Bush and President Barack Obama did before Trump, fail as a crisis inevitably draws the United States back in. A long-term, sustainable model for protecting a limited set of U.S. interests in the Middle East while keeping the region out of domestic headlines is absolutely necessary. 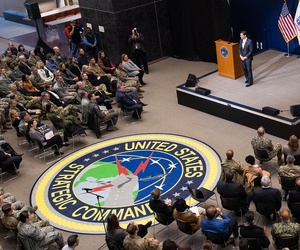 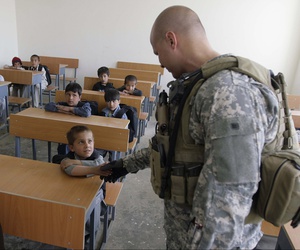 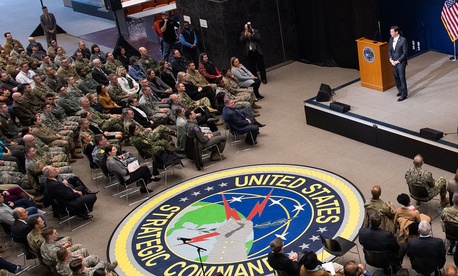 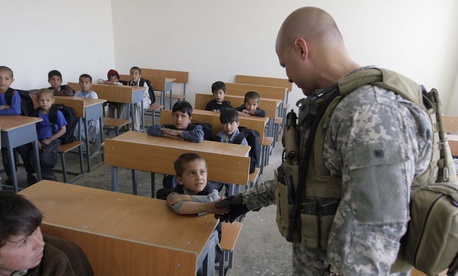