The group is even bigger now, and America’s conflict with Iran is only making the fight against it more complicated.

The Islamic State has lost all of its territory; tens of thousands of its fighters have been killed or are imprisoned; and its former leader, Abu Bakr al-Baghdadi, is dead. But a Kurdish leader who witnessed the militant group’s rise and fall is warning that ISIS is putting itself back together and stressing an uncomfortable fact: that ISIS is bigger now than it was nearly six years ago, when it founded its self-styled caliphate.

Eager to move on, President Donald Trump has declared victory over ISIS. Nevertheless, the conflict is ongoing, and to the extent that the Democratic presidential candidates mention the fight, it’s to express their desire to withdraw troops. The reality, though, suggests that a definitive end to the conflict remains out of reach. Even after America spent billions of dollars during two presidencies to defeat ISIS, deployed troops across Iraq and Syria, and dropped thousands of bombs, ISIS persists. If anything, it stands ready to exploit Trump’s impatience to end America’s “forever wars” and shift the country’s focus to countering Iran.

“ISIS is still very much intact,” Masrour Barzani, the prime minister of Iraqi Kurdistan, told us in an interview. “Yes, they have lost much of their leadership. They have lost many of their capable men. But they’ve also managed to gain more experience and to recruit more people around them. So they should not be taken lightly.”

Barzani is in a position to know, because he’s had a front-row seat to the war against ISIS from the start. Before he became prime minister in June, Barzani was an influential U.S. partner in the war against ISIS as the top security official in the Iraq’s Kurdish region, which is semiautonomous from Iraq’s central government in Baghdad. Kurdish fighters, called peshmerga, defended their territory from the ISIS onslaught in 2014 even as entire divisions of the U.S.-trained Iraqi security forces melted away. They not only proved to be some of America’s most effective military allies in the country, but their spies fed intelligence to the Americans, their officials helped coordinate U.S. air strikes, and their counterterrorism units worked alongside U.S. special operators. Thousands of  peshmerga have been killed and wounded in the anti-ISIS campaign.

Barzani has watched with concern as Trump zigzagged on the presence of American troops who were supporting Syrian Kurds in their own anti-ISIS fight, then ramped up a confrontation with Iran that has thrown the U.S. mission in Iraq into uncertainty. After Trump ordered the killing of the Iranian general Qassem Soleimani in Baghdad in January, Iraqi politicians vowed to eject the the 5,000 U.S. troops stationed in the country for the ISIS campaign. Their status remains in limbo. Barzani, whose government relies heavily on U.S. support, did not directly criticize Trump for the Soleimani killing, saying he was “surprised” by it and wanted to de-escalate regional tensions.

Meanwhile, more than five years into the U.S.-led war—and after many statements by Trump heralding the Islamic State’s defeat—the group still has some 20,000 fighters across Iraq and Syria, Barzani told us. (A Pentagon reportlast summer put the number of ISIS fighters between 14,000 and 18,000. Estimates by analysts and U.S. officials put the number around 10,000 when it announced its caliphate in the summer of 2014.) ISIS is still managing to carry out 60 attacks a month in Iraq alone against security forces and local rivals, Barzani said, as it regroups around a core of hardened fighters.

U.S. military officials and Western and regional politicians have never stopped warning about the Islamic State’s ability to recruit fighters and launch attacks. When Trump ordered a withdrawal of U.S. troops from Syria in October, he faced bipartisan resistance from lawmakers who said the job was not yet done. But what is striking about Barzani’s portrayal of the group is the idea that it is not just surviving but thriving. This cuts against the official line from the White House. It jibes, however, with recent warnings: from the Pentagon’s inspector general, who said in a report last week that Baghdadi’s death has not disrupted ISIS’s command structure or operations; and from the United Nations, which said in a report last month that ISIS still has at least $100 million in its reserves and has begun to reassert itself in Iraq and Syria.

The administration’s focus on punishing the Iranian regime isn’t helping. The Soleimani strike capped months of U.S.-Iran tensions that included Iran-linked attacks on shipping and oil interests in the Persian Gulf and rocket attacks by Iran-backed militias against U.S. troops in Iraq; after Soleimani’s death, Iran sent missiles flying at bases housing U.S. troops in the country. “This confrontation definitely will have a negative effect on the fight against terrorism and ISIS, which should be the priority for all of us,” Barzani said.

Related: Pay More Attention to the Women of ISIS

Related: The ‘Caliphate’ Is Dead, but Americans Might Not Be Any Safer

But the main reason for the ISIS resurgence, Barzani said, is the persistence of the same conditions that allowed it to rise up in the first place. Syria remains in chaos. In Iraq, U.S. and Iraqi leaders alike have, for almost two decades, failed to solve problems such as corruption, poor governance, sectarianism, and economic malaise. Much of the Sunni-majority areas that were ISIS strongholds still lie in destruction, largely from U.S. air strikes, and some are now under the control of Iran-backed Shiite militias, which have antagonized much of the population with their sectarian tactics.

The U.S. has pushed other countries to contribute funds to help rebuild ravaged areas, but it has not prioritized these efforts, which have been halting and plagued by local mismanagement. Leaders in Baghdad have made little effort at political reconciliation. Many residents remain in displaced-persons camps. “If people are jobless, if people are hopeless, if people have no security, if people have no opportunity, if there is no political stability, it’s always easy for terrorist organizations to manipulate local populations,” Barzani told us. “ISIS is a by-product. So as long as these factors are still valid, there will always be either ISIS or something similar to ISIS.” 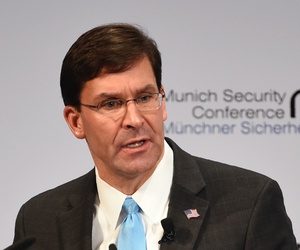 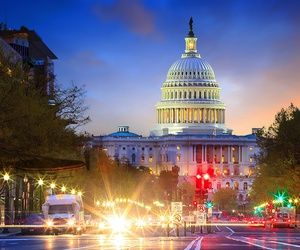 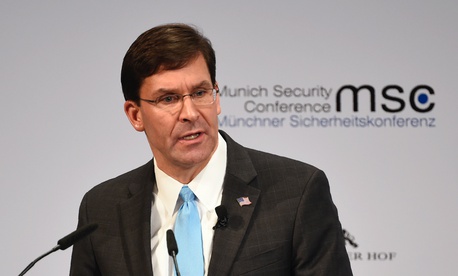 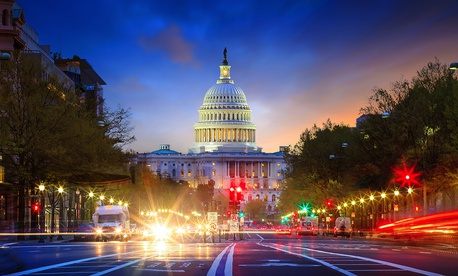