On Wednesday, military and civilian leaders of the Defense Department will testify before Congress on their $705 billion budget request for 2021.

President Trump may be a lame duck to Congress, but his latest federal budget proposal attempts to ignore it. Before the first gavel falls on the hearings that will review his request, the fireworks are already flying.

The president has already broken his own budget deal, again proposed drastic discretionary cuts the Hill is dismissing, and raided the Pentagon piggy bank a second time for the wall.

On Wednesday, military and civilian defense leaders will testify to lawmakers about the Defense Department’s $705 billion budget request for 2021. This hearing is a daylong marathon ranging in topics from the mundane to the parochial to the headline-grabbing. Here’s what to expect.

The Pentagon’s budget has stopped growing for the first time in this administration (excluding disaster-relief funding). Lawmakers are still processing the many tradeoffs produced by this belt-tightening. Few were expecting the administration once again to attempt to divert defense funds to border-barrier construction. Last year, Washington’s impasse over “more wall” led to a government shutdown. Ultimately, the president got most of what he wanted.

But Hill staffers tell me that the Pentagon has spent just a fraction of the money it’s been given so far. There’s no obvious reason—beyond election-year politics—for Trump to have raided these coffers yet again. The Defense Department cannot spend the money it currently has, so Congress rightly will want more details.

HASC Chairman Adam Smith said it best: Trump’s raiding of the defense budget undermines the Pentagon’s argument for more money. “If you can just grab $7 billion out of your budget, then I think we need to take a closer look at your budget and how to cut it.”

Divesting to Invest in the Defense Strategy

Defense Secretary Mark Esper is animated by his efficiency reviews to plow more funds into the defense strategy. Congress is generally supportive of the concept but often dissatisfied when the individual consequences become real.

Nowhere is this truer than in shipbuilding and the retirement of existing aircraft. The Air Force has proposed expansive retirements of geriatric aircraft that strain tight budgets with increasing maintenance costs. Yet Congress has responded poorly to similar plans in the past, as former Air Force Secretary Deborah Lee James recently reiterated. “No member of Congress wants to lose, or stand by and silently lose, a fleet of aircraft or a capability from their state or district, which, of course, translates to jobs,” she said.

The Navy faces a similarly steep charge. Despite commitment to a 355-ship fleet, the latest budget cuts Navy’s shipbuilding. Leaders have warned that the new nuclear submarine would eat into shipbuilding for years. But the Navy has also diverged from last year’s 30-year plan in other ways, cutting planned purchases of attack subs, littoral combat ships, and other programs.

Again, rumblings have already started in Congress. Chair of the Seapower Subcommittee, Rep. Joe Courtney, D-Conn., held no punches: “The President’s shipbuilding budget is not a 355-ship Navy budget…I can say with complete certainty that, like so much of the rest of the President’s budget, it is dead on arrival.”

Nuclear Weapons Bill is Big and Getting Bigger

Modernization of the aging nuclear triad has been repeatedly put off by administrations of both parties. The ability to continue extending the service lives of these strategic platforms has essentially run out. The bills are due, and they are large.

In order to modernize bombers, boomers and ballistic missiles, the Pentagon had to cut other priority procurement to pay for it. One headline earlier this month summed up the difficult tradeoffs: “The U.S. Navy wants more ships but can’t afford them, admiral says.” The Navy’s unfunded priorities list reads like a casualty list of all the programs sacrificed for the new Columbia-class missile subs.

Nuclear forces upgrades alone will cost a half-trillion dollars over the next decade. The tradeoffs only get tougher next year and the year after that.

The sixth branch of the armed forces is quickly standing up and learning the ways of Washington. The Space Force might not have a headquarters yet, but it did have an unfunded requirements list totaling $1 billion.

Lt. Gen. David Thompson, vice commander of the U.S. Space Force reiterated the challenges ahead, saying, “Since the creation of the Space Force I’ve gotten questions from people along the lines of ‘So we’ve created the Space Force, but what is it going to do?’”

Over the next year, the new service must rapidly establish the bureaucratic structures it requires to sustain itself. Among various other charges, this means training personnel, deciding where talent will be pulled from, and launching their recruitment pipeline. Congress must be reassured the new service is progressing on schedule, while simultaneously avoiding the temptation to recreate old processes that will fail to serve this unique domain.

There is much disruption in this year’s defense budget as officials try to instill “irreversible” momentum toward implementation of the defense strategy. But policymakers have seen reality continue to mug the military the past year with repeated flare-ups in regions where the Pentagon would like to shed mission.

Just weeks ago, Rep. Mac Thornberry, R-Texas, warned that “the Middle East is never going to let you pivot away from it.” After a challenging start to 2020, military brass will be pressed to justify their regional decisions. For example, the Army plans to draw down both counter-ISIS fund and Afghanistan security forces funds. It also intends to reduce the European Deterrence Initiative for the second year.

As policymakers and service chiefs prepare for a long season of posture hearings, it’s clear the military has made hard choices. Congress must now live up to its end of the bargain to accept some political pain for great(er) power competition gain. 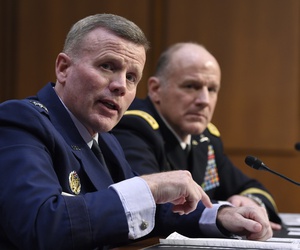 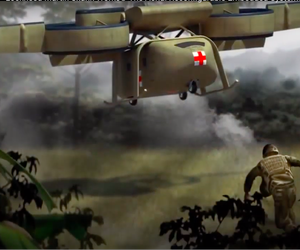 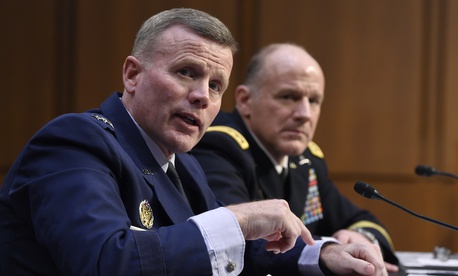 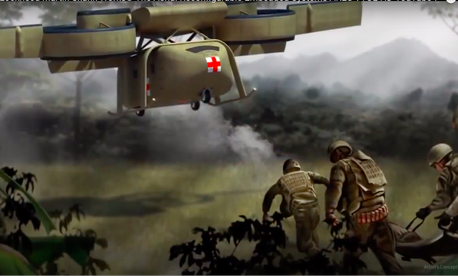