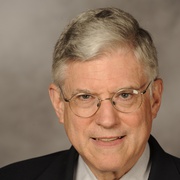 Nigeria has been added to a list of countries whose citizens will in some way be restricted from entering the United States. According to a White House statement, Nigeria is not complying with “the established identity-management and information sharing criteria assessed by performance metrics. Nigeria does not adequately share public-safety and terrorism-related information, which is necessary for the protection of the national security and public safety of the United States.” Therefore, "The entry into the United States of nationals of Nigeria," with some exceptions, "is hereby suspended."

The new measures, announced on January 31, affect only immigrants—those who wish to live permanently in the United States—not short term visitors for business or tourism. Temporary visitors from Nigeria to the United States have already declined following the introduction of tighter visa issuing procedures in the summer of 2019.

The issue, according to the statement, would appear to be technical. As such, one would have thought it could be worked out at a technical level, perhaps with enhanced U.S. technical assistance to relevant Nigerian ministries. The statement mentions such assistance, but cites insufficient progress for imposing the ban anyway. But the Trump administration’s National Defense Strategy prioritizes countering Russia and China by, among other things, strengthening economic ties with Africa, and Nigeria is the first or second largest economy and most populous country in Africa.

Related: With US Help, Africa’s Coastal Nations Are Learning to Work Together

Banning immigration from Nigeria while at the same time working for closer economic ties with Africa to counter Russian and Chinese influence indicates policy incoherence within the Trump administration. It is bound to have a dampening effect on the development of closer economic ties between the United States and the Giant of Africa. Over time, the immigration ban is also likely to reduce the remittances to Nigeria from the United States, at present about $24 billion annually. Those likely to be most negatively and personally affected are American citizens and permanent residents looking to bring close family members to join them in the United States.

Democratic presidential candidates have condemned the decision. Senator Bernie Sanders said, “It is outrageous that Donald Trump continues to push a racist travel policy that dehumanizes immigrants and their families for his own political purposes.” Senator Elizabeth Warren characterized the measure as a “racist, xenophobic Muslim ban.” Former Vice President Joe Biden said, “Three years ago he [President Trump] took aim at Muslim-majority nations. This time he targeted primarily African nations—including Nigeria, the largest economy and the most populous nation on the continent…It is a disgrace.” And former Mayor Pete Buttigieg said, “Three years ago, this president fanned the flames of hatred with his Muslim travel ban. Less than a year from now—on my first day in office—I will end it. The United States has always prided itself on its diversity, and it will again.”

In the hyper-partisan political environment in the United States—nine months before presidential elections—it may be harder for the Trump administration to walk back a bad decision. President Trump’s base is not sympathetic to immigration, and generally has applauded other administration steps to reduce foreign settlement in the United States, notably the draconian reduction in refugee admissions.

NEXT STORY: Under Trump, US Is Less Ready for Infectious Disease Outbreaks Like Coronavirus