Smart Weapons Need to Be Smarter

In this Wednesday, Jan. 8, 2020 file photo, rescue workers search the scene where a Ukrainian plane crashed in Shahedshahr, southwest of the capital Tehran, Iran.

No missiles should shoot down civilian airliners by mistake.

In January, an Iranian gunner, using Russian equipment, fired surface-to-air missiles (SAMs) at a Ukrainian passenger airliner, killing 176 people. When the airliner was shot down near Tehran, tensions were high. Iran had struck an American base in response to the U.S. killing of the Iranian military leader Qassem Soleimani. Nervous Iranian anti-aircraft crews expected retaliation, and the gunner in question likely thought he was shooting down a military target.

The incident marked the fourth time a radar-guided SAM destroyed a civilian airliner by mistake. Such accidents have already killed 842 people, and as SAMs proliferate, further tragedies may be in store. These so-called smart weapons aren’t smart enough. But with some relatively straightforward changes, the fourth accidental shoot-down of a passenger jet could also be the last.

Almost all civilian aircraft have transponders that broadcast a signal showing altitude and speed. Just the fact that an object in the sky is reporting such information almost always means that the object is civilian, since attack aircraft and incoming ordinance do not announce themselves electronically.

Most airliners also send a message called Mode C, which is digital-speak for “I am civilian.” On top of that, new transponders broadcast substantial detail about the flight—a rich data stream called ADS-B—that no attacker would volunteer. As of 2020, American airliners must have ADS-B, while most other nations are in the process of requiring this addition.

Too many contemporary precision missiles are smart only in the sense of finding a target. The targeting technology of beyond-visual-range SAMs, such as the U.S. Patriot or the Russian Tor used by Iran, has gotten notably better in the past few decades. That is, if better is the word for longer range and near-perfect accuracy to destroy anything hit.

Yet these technological advancements don’t mean that long-range SAMs have details about what they are targeting. The screens used by the missile operators may not show civilian identification signals. When a target is too far away to view, the gunner may see only a radar reflection—a target blip. Is this a planeload of tourists? The first wave of a surprise attack? The gunner may have to guess.

If SAM systems were designed—or for those already in use, retrofitted—to receive and identify civilian Mode C and ADS-B signals, gunners would be able to distinguish between civilian and military planes.

The screens in front of missile operators could clearly identify civilian aircraft and warn against firing at them, and missile launch mechanisms could require authentication codes before accepting a civilian blip as a target. Some of these advancements are available, just not widely in use yet. The Polish arms manufacturer Mesko, for example, is already working on a SAM that requires an authentication code.

Improving the ability of missile gunners to understand what the target is would not eliminate deliberate atrocity, but the innovation would go a long way in preventing mistakes.

In 1988, a U.S. Navy cruiser in the Persian Gulf called the Vincennes shot a long-range SAM at Iran Air Flight 655, a scheduled passenger flight. U.S. and Iranian warships had recently been firing at each other. Investigators found that personnel in the ship’s windowless combat information center (CIC) had confused radar reflections from the jetliner, an Airbus, with signals from an Iranian military aircraft that was not approaching but was in the same general direction as the passenger flight.

Displays in 1988 did not show the tactical officers the difference between blips representing civilian aircraft and those representing threats. This became the first accident involving a modern long-range SAM. Two-hundred and ninety people died.

Recently, I was on the USS Wasp, a huge American warship. The CIC looked like any other: a windowless, boxy room with a mess of screens, buttons, and joysticks in low ambient light.

Electronics on the Wasp and other Navy vessels can now distinguish between civilian and military aerial targets. That is, the ships already have what an international convention might require of all long-range radar-guided missiles.

“There was a lot of soul-searching after the Vincennes incident, a lot of determination this won’t happen again,” says Greg Baker, the captain of the Wasp. The Vincennes killed civilians by mistake; since then, the Navy’s sensor systems have been significantly improved. For example, screens now make civilian aircraft appear visually different from possible hostiles, the innovation that all gunners should have.

Other military divisions are also making these technological improvements. In February, the Pentagon began installing the Patriot SAM, operated by the Army, in Iraq. William Sharp, a spokesperson for the Army, told me that the ability to display the Mode C “I am a civilian” transponder signal has been added to Patriot batteries. The missiles’ fire-director software is programmed to “interrogate” any target by sending pings that ask friendly military aircraft to respond with an identification code, while requesting civilian aircraft to respond on Mode C. If the latter happens, the Patriot system marks the radar reflection as civilian. Various protocols make it unlikely, though not impossible, that an attacker could trick the Patriot, or Navy SAMs, into thinking it was civilian.

Related: War on Autopilot? It Will Be Harder Than the Pentagon Thinks

Related: US Expected to Loosen Restrictions on Land Mines — Smart Ones, Anyway

This new technology goes a long way in preventing mistakes, but cooperation at a higher level is needed. Governments should collaborate on an international initiative to require that radar-guided SAMs, and the similar class of anti-ship missiles, incorporate improved technology for sensing and recognizing civilian signals. Any convention should also include non-technological guidelines, such as notices to pilots who are in a war zone, that would help prevent accidents.

One possible model for a pact is the1980 Convention on Certain Conventional Weapons, which regulates the use of land mines and blinding lasers, among other threats to noncombatants. The agreement is not ironclad. Donald Trump recently said the United States would no longer abide by certain restrictions on land mines.

Nevertheless, the convention is considered a success, as land mines have declined since most nations declared they would renounce such weapons. Forty-one of the 50 nations that a generation ago manufactured land mines have stopped producing them

In 2002, terrorists near an airport in Mombasa, Kenya, tried to use shoulder-fired rockets called MANPADS to shoot down a civilian airliner. These weapons are easy to hide and relatively inexpensive. “There was a clear sense the situation was out of control and that no nation would benefit, only terrorists,” Matthew Schroeder, a senior researcher for Small Arms Survey, which tracks battlefield armaments, says of MANPADS. So organizations came up with regional agreements “unprecedented in specificity and scope.” Schroeder believes that these pacts reduced the problem considerably. For instance, Russia no longer markets the easily hidden bazooka-style rocket, offering only a mounted version that cannot be removed from a vehicle.

Because the MANPADS agreements are regional compacts administered by little-known organizations such as the Amazon Cooperation Treaty Organization, the conventions on these small anti-aircraft rockets failed to draw attention. Yet a2019 Rand Corporation study found that since about 2000, attempts to hit airliners with small heat-seeking weapons have declined dramatically.

These agreements involving land mines and small rockets show that international conventions actually can produce positive results. Because long-range radar-guided missiles are made only by large professional militaries, the United States, Russia, and China would need to cooperate.

“There would be a lot of pushback against an agreement that allowed inspectors to look at the details of American, Russian, or Chinese weapons-sensor technology,” cautions Steven Pifer of Stanford, a former State Department arms-control specialist. But even if an agreement were strictly declaratory, reform momentum would be created.

The details of the tragedy in Iran earlier this year show that the accident could have been avoided if technological and diplomatic agreements had been in place. A notice to airmen was not issued; this would have closed airspace around Tehran to civilian planes. Pilots of Ukraine International Airlines Flight 752 took off unaware that Iran expected an air battle. Screens watched by Iranian gunners did not show that the passenger flight was announcing altitude and speed on a civilian frequency.

A campaign to make anti-aircraft and anti-ship missiles less dangerous would not seek to ban such weapons. Rather, it would accept that nations arm for war, and ask only that armaments become less likely to take life by mistake. Winston Churchill once commented on the problem of military weapons killing civilians: “Are we beasts?” Let’s prove that we are not. 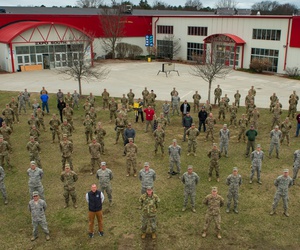 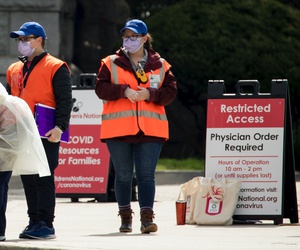 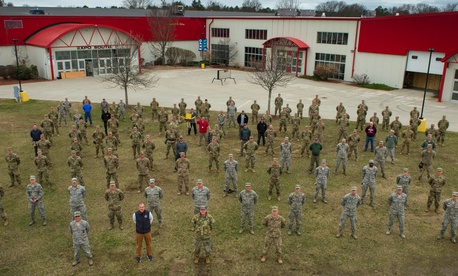 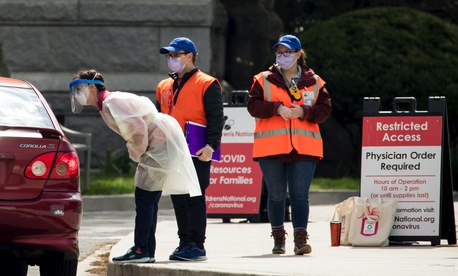