The country faces the same problem today that it did two months ago: There are not enough tests to contain the virus.

The United States is mired in one of the most immiserating peacetime moments in its history. In a little more than two months, more than 70,000 Americans have died of COVID-19, a disease that did not have a name in early February. The U.S. economy, which began the year as an engine of global stability, is in shambles. The unemployment rate has surged to a level unseen since the 1930s, the Labor Department announced on Friday. Only about half of American adults have a job, the lowest share of the population employed since measurements began in 1948.

There is one way out of the mess: To fix the economy, the country must solve the public-health crisis. Survey data show that the economic turmoil is driven not primarily by government shelter-in-place policies but by Americans’ fear that going outside will result in illness.

To allow the recovery to begin, the United States must implement the kind of strategy that other countries have used to defeat the coronavirus. It must test widely to find infected people; trace their contacts, who might themselves have been infected; and isolate that potentially infectious group from the rest of the susceptible population. Setting up this kind of infrastructure was one of the initial goals of the social-distancing measures that states and cities started in March.

Yet so far the country has failed to do so. More than 10 weeks into the coronavirus crisis, too few Americans are being tested for the coronavirus, and the country’s testing capacity is not growing fast enough, according to data collected by the COVID Tracking Project, a volunteer initiative housed within The Atlantic. This week, the U.S. tested about 264,000 people a day, the highest level in the pandemic so far. But experts say that if the country hopes to get its outbreak under control, it must double or triple the number of daily tests. Some propose expanding testing more than 75-fold.

But to an almost astonishing degree, the U.S. has no national plan for achieving this goal. There is no effort at the federal level that has mustered anything like the funding, coordination, or real resources that experts across the political spectrum say is needed to safely reopen the country.

“Testing is your first fundamental step in a plan to keep infected people from susceptible people,” Ashish Jha, the K. T. Li Professor of Global Health at Harvard and the director of the Harvard Global Health Institute, told me. But the federal government has failed to expand testing capacity in any meaningful way, he said.

“There’s a strong sense that the White House knows the amount of testing we need is far more than we have right now,” he said, though senior Trump officials have insisted that the country’s testing supply is adequate. The Centers for Disease Control and Prevention, the country’s foremost public-health agency, has been almost “totally useless” on testing, he said. “It is really stunning and disappointing.”

Caitlin Rivers, a senior scholar at the Johns Hopkins Center for Health Security, also struggled to articulate the lack of any federal plan this week.

For the past few months, Rivers has helped write a series of reports for the American Enterprise Institute, a conservative think tank, about how to reopen the economy amid the pandemic. But testifying to Congress on Wednesday, she emphasized how little those plans had been followed and how much work remained to be done. The U.S. needs a federal team relentlessly focused on assessing and expanding its ability to test for the coronavirus, she said. Such a task force could tell governors, for instance, “whether and when significantly more tests may be reliably available to states,” and it could advise businesses on whether their plans to test workers “are even possible.”

But that federal effort has yet to materialize, she said: “If this work has been done, I have not seen it, and I fear that neither have the governors and other state and local leaders who are having to make decisions about how and when to reopen.”

In recent days, President Trump has seemed skeptical of the utility of tests, even though White House employees are tested for the virus every day. After Katie Miller, a member of Vice President Mike Pence’s staff, tested positive for the virus today, Trump said that the result illustrated why “the whole concept of tests aren’t necessarily great.”

“She was tested very recently and tested negative, and today I guess, for some reason, she tested positive,” the president said. “The tests are perfect, but something can happen between a test, where, it’s good, and then something happens, and then all of a sudden …” He did not finish his thought.

It is difficult to gauge the true scope of the U.S. coronavirus outbreak. The number of new COVID-19 cases and deaths reported every day seems to be falling very slightly over time. Only two states, New York and Pennsylvania, reported more than 200 deaths today. But this overall decline contains two separate trends. The first is that the initial surge of cases across the New York tri-state area is slowly waning. The second is that, outside of the Mid-Atlantic, the number of new cases has plateaued.

There has been some good news. This week, on average, fewer than one in every 10 tests came back positive nationwide. This reflects a real improvement: Throughout March and most of April, this metric—sometimes called the “test-positivity rate”—stayed at or above 20 percent, meaning that about one in every five COVID-19 tests discovered a new case. This indicated that the country was still testing only the sickest people.

The U.S. still has a ways to go, however. In countries such as South Korea that have virtually eliminated their coronavirus outbreaks, the test-positivity rate stands below 2 percent.

And the improving national figure masks some regional hot spots. So far in May, 15 states and Washington, D.C., have reported average test-positivity rates higher than 15 percent. Colorado and Michigan, where one in five tests has come back positive, are the outliers outside of the Northeast and Mid-Atlantic. But many other states in the country’s interior still seem to test only the sickest people: Illinois, Indiana, Nebraska, Iowa, South Dakota, and Kansas all have test-positivity rates at or above 14 percent. Georgia, Louisiana, and Virginia also have a rate above 15 percent.

The raw numbers also show that the country’s testing capacity has modestly improved. Though the U.S. got off to an abysmal start, having tested only a couple thousand people total more than a week after community spread was discovered, the country was able to rapidly scale up testing through March. The test shortage brought an overwhelming amount of public attention, and a number of Trump-administration officials—including Jared Kushner, the president’s son-in-law—claimed to be working on fixing it.

The heightened focus produced results. From the second week of March to the first week of April, the number of Americans tested daily increased roughly 45-fold. Month over month, the comparison was even more staggering: 80 people were tested for the coronavirus on March 1, according to CDC data. More than 100,000 people were tested on April 1.

Then, in mid-April, progress stopped. “We went up to about 150,000 tests a day, and then we plateaued there for a few weeks,” Jha, the Harvard professor, said. Only in the past two weeks or so has the country resumed increasing its capacity. States reported more than 300,000 new test results both today and yesterday, but it is unclear if that trend will be sustained into the next week.

What caused the plateau? Nobody is certain. “Some places had reagents, but not enough swabs. Some places had swabs but not the medium you transport them in … And some places had enough capacity, but they hadn’t changed their policies from when only the sickest people could get tested,” Jha said. This week, governors have continued to say they lack enough tests. In the District of Columbia, where the number of new cases is increasing, Mayor Muriel Bowser said at a press conference today that the city only had enough reagents to test about 1,500 people a day.

How many tests might eventually be enough isn’t clear, in part because the number depends on the size of the underlying outbreak. “If you have a very large outbreak, you need a lot of tests,” Jha said.

There is a wide range in expert forecasts. Rivers told Congress this week that scaling up to 3 million to 4 million tests a week—equal to about 500,000 a day—would allow more serious contact tracing to begin. Paul Romer, a Nobel Prize–winning economist at NYU, has suggested that as many as 20 million tests might be needed every day. (He also proposes cyclically retesting every American every few weeks or so, a more aggressive approach than others have proposed.)

The Harvard Global Health Institute estimates that the U.S. needs about 1 million tests per day to isolate its current outbreak. It’s unlikely the U.S. can test that many people every day if it continues to use only the polymerase chain reaction, or PCR, nasal-swab tests currently in use, Jha said. Eventually, it will probably need one or more technological breakthroughs that allow it to test many more people more quickly and cheaply, he said. Antigen tests, which are similar to the rapid flu tests used in doctors’ offices, might be some of the first to become available.

This lack of any plan does not only seem to mar the federal testing effort. “I can’t emphasize enough how much there is no plan for how to manage this response, let alone the recovery,” Samantha Montano, an emergency-management professor at the University of Nebraska at Omaha, told me.

She said that the White House blueprint to reopen the country does not have anything like the level of detail that state and local governments need to continue life-saving operations while adjusting social-distancing measures. “It doesn’t tell you how to do any of those things,” she said. “At best it tells you what your goals are, but it does not tell you how to achieve those goals.”

She says she’s been mystified at how many politicians have started to signal that recovery from the pandemic has begun: “It’s a little ridiculous to watch, because it’s a little like a city trying to do reentry in the middle of the eye of a storm.” 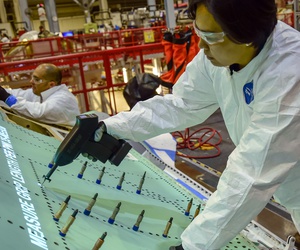 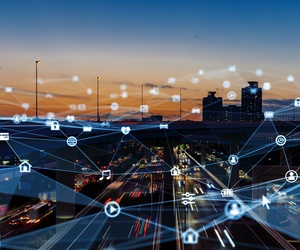 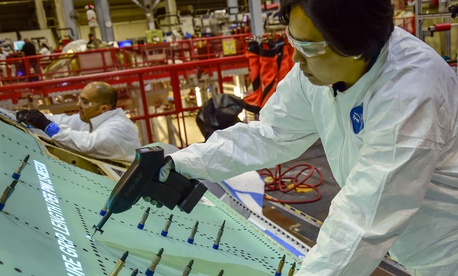 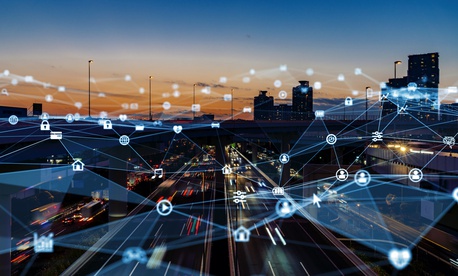