Nine Reasons Congress Should Nix the Air Force’s F-15EX Purchase
Skip to Content
Get all our news and commentary in your inbox at 6 a.m. ET.
Ideas
I Am Vanessa Guillen

I, too, was harassed, belittled, groped, touched, rubbed, threatened, assaulted, and demeaned. I was raped. Military justice needs to change. 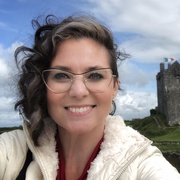 I have struggled for years as an advocate to be vulnerable and tell my stories to those closest to me. I have never fully told my parents the things that happened to me in regards to the sexual harassment and assault I endured in the Marine Corps. I have NEVER told my husband about being raped in the military.

It is hard to put all of the times I was verbally and physically assaulted into a coherent essay. But I will try. Most I will leave out here because this will be long enough as it is.

It’s unfortunately all-too-similar to many social media posts you may have seen. We are women and men who serve and served in the Army, Navy, Marine Corps, Air Force, and Coast Guard. We have all been sexually harassed and assaulted. In the past week, your Facebook or Twitter feed has been flooded with us telling our stories in an effort to bring attention to the fact that Army Pfc. Vanessa Guillen has been missing for over two months after having told her closest family members she was sexually harassed at work.

The common thread among all of our stories is that we were afraid to come forward, and that if we did, we would face reprisals and retaliation. Sexual harassment and assault in the U.S. military is rampant, with no signs of change unless the way reporting is handled and investigated is massively changed.

We survivors of sexual harassment and assault in the military know that one of the key leads to Guillen’s disappearance is that she was sexually harassed and/or assaulted by a superior non-commissioned officer. We also know that military investigators too often do not take these claims seriously, just as they did not in her case. The Army did not open an investigation into Guillen’s sexual harassment claims until almost 60 days after her disappearance. A statement by a 3rd Cavalry Regiment spokesman, in Fort Hood, Texas, said, “While we support and sympathize with any victim of sexual harassment, [Criminal Investigation Division] Special Agents primarily only investigate felony crimes. Sexual harassment allegations are traditionally investigated at the unit level.”

This is what I and many advocates for survivors of military sexual trauma demand to be changed. How can you expect a fair and unbiased investigation from military commanders who have barely any training in sexual assault responses or investigating techniques? The same commanders who are friends with the accused are investigating them, and historically have protected them from the consequences of their actions. 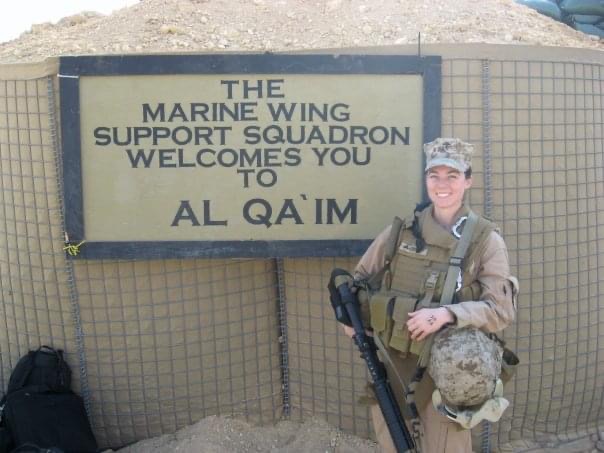 My barracks room door didn’t fully lock and or the duty NCOs didn’t care and would use their keys to come into our room at night. My roommates were partiers and would stay out late. I didn’t. I woke up several times to male Marines over my bed and or touching me under my clothes. IN MY ROOM.

In his statement about Guillen, the Army spokesperson added, “We (CID) have no credible information or reports that Vanessa was sexually assaulted.” There is that key word, credible. So many of our stories are dismissed because of that word. What would make us credible? Do we need to keep cameras in our barracks rooms, our offices, our cars, or wear body cameras for you to believe us when we say that we are harassed and assaulted? What would finally make all of us credible and believed?

When we have come forward and reported what happened to us we were told, “Well, what did you do for him to say this to you? You must have led him on.” Or, “Don’t say anything, it will only get worse for you if you do.” Or, “Are you sure it wasn’t consensual? Maybe you just regret what happened? You are only 18, a lot of young people just regret it the next day.” Or, worse, “What kind of attention are you looking to get from this?”

These are all responses taken from real survivors experiences reporting their sexual assaults to their commands. You get called a “blue falcon” by those in your unit, a snitch, told you are ruining a “good man’s career”. You are labeled a slut, a whore, a walking mattress, a dirty cunt, a liar, and rumors are spread across battalions about you being easy.

Men I didn’t even know would find out where I lived and track me down through their friends and recall rosters. My apartment was in a locked gate apartment complex of only 4 apartments. I thought I was safe. In the San Diego 95 degree summer I left my main door open to my screen door to try and cool off and fell asleep on my couch. I woke up to a Marine I barely knew from HQ battalion on top of me. In my own house. You can imagine the rest.

My personal experiences in the Marine Corps are no better or worse than any others. I was harassed, belittled, groped, touched, rubbed, threatened, assaulted, and demeaned. I was raped. Even in my mid-twenties, with two college degrees and older than most junior enlisted service members, I was still intimidated and scared to report what others did to me. This is still going on in 2020 in not only the Marine Corps, but every other branch of service. This must change.

I deployed as the only female with my unit. I had a great NCO who I will forever appreciate… I had a great CWO and SNCO … They always believed in me and my capabilities and never questioned sending me on any assignment. The same goes for General John Kelly and General John Allen. If they wanted something photographed they sent me. That confidence in me is what kept me going. I wanted to be the best and do my best. Oddly enough I always wanted to be outside the wire on missions. Because once I proved myself, I was respected. But back at the FOB [forward operating base] it was a different story. Some of the Marines, my peers, harassed me saying I didn’t belong or shouldn’t be allowed to go on missions because I was a woman. Badgered me, harassed me, and constantly put me down.

Members of the U.S. Senate have been trying since 2016 to pass the Military Justice Improvement Act specifically to protect sexual assault survivors in the military. It was introduced last year yet again as S. 1789, a bill before the Senate Armed Services Committee. It is still sitting in that committee. Almost every organization that defends and advocates for sexual assault survivors in the military supports this bill. Your military doesn’t want this bill to become law because it would take the investigative power away from commanders, the very ones who too often in the past have protected and covered up for their rapist friends.

Remember that quote “Do you really want to ruin a good man’s career over this?” That is who is being protected, men who have no fear of consequences for verbally and physically harassing and assaulting women and men in their units. We, the survivors of their violence, are not being protected.

I had a Major from a different unit harass and assault me multiple times at my can (home) as well as on my walk home after work. I never said anything because I was a [lance corporal] and didn’t think anything would happen to him. Who would believe me? A SNCO from the Comms battalion used to request me by name numerous times so he could grab my ass, rub up against me, and try to get me to sleep with him. I was afraid to go to the chow hall by myself because of the harassment I would endure. I didn’t want to go to the gym because wearing PT gear put me at too much risk for harassment and assault. If you are a Marine, you know how much PT is important. So my physical abilities suffered.

I am Vanessa Guillen.

Erin Kirk-Cuomo served as a combat photographer in the Marine Corps and was discharged as a sergeant in 2010. She went on to serve as a photographer and public affairs specialist for the Office of the Secretary of Defense until 2014. Along with several other retired, active, and former women Marines she started the nonprofit advocacy group Not In My Marine Corps to highlight the issues of sexual assault and harassment in the military.