Gen. Milley and Secretary Esper accompanied the president to a photo op — and right into his American war.

President Donald Trump finally got the war he wanted. It isn’t in Afghanistan, or Iraq, Syria, or North Korea. It’s right here in Washington, D.C., where on Monday the president claimed moral and Constitutional authority and ordered federal law enforcement and the U.S. military to turn against Americans who opposed him.

After warning over the weekend that out-of-line rabble-rousers across the street from the White House would face “vicious dogs,” Trump instead sicced police, troops, and U.S. Army helicopters, on protestors — violent and nonviolent — whom he claims, without evidence, are led by the militant left-wing Antifa group of Americans. It’s the culmination of three years of Trump praising militant, far-right, all-white, AR-15-brandishing protestors from Charlottesville to Lansing, while amplifying conspiracy theories about his enemies — including that the media, Democrats, left-wing extremists, and pretty much anyone without a MAGA hat on at a Trump rally was out to ruin him and the United States. He has sought to turn Americans against each other from his inaugural speech, with tweet after tweet, purposefully criticizing the media to undermine Americans’ trust in facts. He’s played DC’s traditional partisan politics like a master fiddler.

Trump has also tried to draw in the military and national security services. In his first month in office, he flew to U.S. Central Command and U.S. Special Operations Command and bashed the media to American service members. He bashed his enemies in front of the CIA’s hallowed memorial stars. He bashed his political opponents in a partisan speech inside the Pentagon. He’s used troops as backdrops for political rallies. He took over Independence Day, ordering service members  to participate in a celebration about himself as much as America. He ordered the military into the heart of his most controversial projects like building the southern border wall. And he changed the very makeup of the U.S. armed forces, banning foreign and transgender soldiers.

For three years, half a dozen defense secretaries and Joint Chiefs chairmen tried, each in his own way, to keep the military out of Trump’s politics while complying dutifully with the commander in chief. But on Monday, Joint Chiefs Chairman Gen. Mark Milley and Defense Secretary Mark Esper walked right into it. First, Esper was caught on tape during the president’s phone call with governors, likening the protests to a “battlespace.” Trump berated the governors, told them to use the National Guard against protestors, and warned that if the state leaders resisted him, he would send in military force. He said he put Milley in charge of coordinating the nationwide response.

“The “battle space” of America??? Not what America needs to hear…ever, unless we are invaded by an adversary or experience a constitutional failure…ie a Civil War…” tweeted Tony Thomas, who led U.S. Special Operations Command, and does not often comment on political moments.

Nobody could have expected what would come hours later. As Trump walked outside to read a statement, federal law enforcement in adjacent Lafayette Park began to attack protestors and journalists with batons, tear gas and, later, rubber bullets. Why? Because Trump wanted to walk across the park to St. John’s Church, where he turned toward cameras and awkwardly held up a Bible for a staged photo op. The Episcopal bishop quickly blasted the stunt.

More importantly, Milley and Esper participated in it. Both were photographed walking behind the president through the park, drawing outrage from critics including former CIA Director Mike Hayden, a retired general; and Kori Schake, director of foreign and defense policy studies at the conservative American Enterprise Institute, who called Milley’s decision to appear in battle dress “shameful” and “way over the line.”

Then they stayed. After 9:00 p.m., Milley was interviewed on the street by Military Times managing editor Howard Altman and others. Milley’s message to troops: “Just allow freedom to assemble, freedom of speech, that’s perfectly fine, we support that. We took an oath of allegiance to the Constitution of the United States of America to do that, and to protect everyone’s rights and that’s what we do. We’ve got the D.C. National Guard out here, and I’m just checking — seeing how well they’re doing, that’s all.”

But that won’t be all. Milley’s statement came after security services violently broke up the nonviolent protest outside of the White House for Trump’s stunt.

“Gen. Milley will have to answer to history for what he has done tonight, marching in the President’s photo op war on peaceful protesters,” wrote Susan Glasser, New Yorker staff writer and former editor of Politico and Foreign Policy.

Over the next several hours, military helicopters were seen dropping below rooftop height to fan crowds gathered in D.C. streets (in violation of the mayor’s 7 p.m. curfew) causing a tree to break and kicking up harmful debris.

“This country does not need authoritarian tactics like military intervention to silence dissent,” said the American Civil Liberties Union in a statement. “It needs the political will to dismantle the deep-seated racism and inequity that permeates our institutions — especially our police departments.”

Michigan’s Elissa Slotkin, the Pentagon and CIA veteran-turned-congresswoman, blasted Trump’s stunt and what it portends for military-civilian relations.

“It seemed to confirm that the President and senior Pentagon leadership are willing to use the military to further their political objectives. That they are willing to weaponize one sacred, American institution against another,” Slotkin said in a statement. “This next week will be critical. We are at a crossroads. I hope our veterans speak out and stand up for the core values they believe in. This is a dangerous path for our institutions, our military –– and our nation.”

Trump stokes division for a living. It has worked for him so far and could work again come November’s presidential election. He also loves a fight. And anyone who stands against him is his enemy. The one sector of the nation supposedly immune from Trump was the U.S. military. Generals must follow lawful orders, such as helping to enforce curfews and preventing lawful protest from turning violent. If Trump can enlist — or even appear to enlist — the military in his scorched-earth campaign against his enemies, then he threatens to undercut more than the military’s reputation. With his conspiracy-theory claims that the election is already rigged against him, and Democrats worried he’ll try to steal it from them, Trump threatens to undermine American democracy. 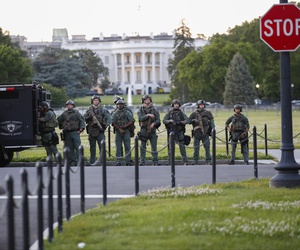 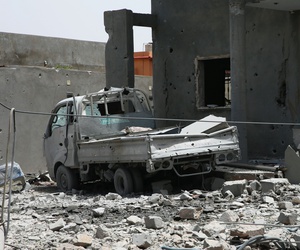 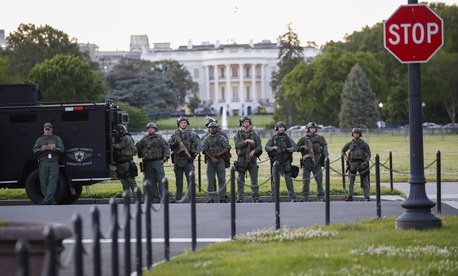 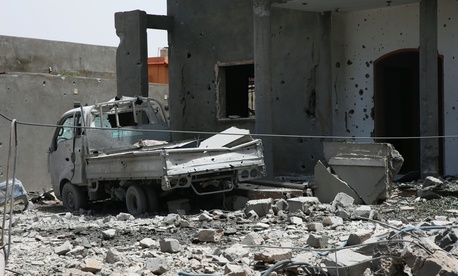