Next Generation Interceptor: The Nation’s Next First Line of Defense Against Ballistic Missile Threats
Skip to Content
Get all our news and commentary in your inbox at 6 a.m. ET.
Ideas
The November Election Is Going to Be a Mess 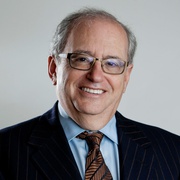 American voters face a nightmare in November. The recent stretch of primary elections has raised a slew of red flags of glitches, missteps, incompetence, and worse that could plague the national elections in November. In Wisconsin, the failure of election officials to send out absentee ballots requested by voters and the failure of the United States Postal Service to deliver them in time forced those voters to physically go to the polls during the pandemic. Once there, they faced long lines in part because of the sharply reduced number of polling places. In Georgia, a similar situation occurred. The state had a major shortage of election officials, poll workers, and functioning voting machines. All of these glitches produced lines of many hours, and authorities broke their promise to provide enough paper ballots to ameliorate the crunch. Voters witnessed a perfect storm of bad luck, malfeasance, and ineptitude. Kentucky was lauded for its relatively snag-free primary, but also saw an alarming number of votes by mail disqualified on narrow grounds.

These states are not the only ones with obvious problems in their election systems. The offenders are not all red states—or ones whose elections are run by questionable partisans. New York, among many others, has long been plagued by mismanagement of its elections, and it is also having problems fulfilling absentee-ballot requests; as the pandemic has caused tax revenues to plunge, the resulting fiscal shortfall may not leave election officials with the resources to print the ballots. The Postal Service is stretched thin and facing a hostile Republican reaction to its pleas for more money, and the perennial poll-worker shortage will likely be exacerbated this year by the reality that poll workers tend to be older and thus more vulnerable to COVID-19 and the flu. Many signs indicate that the spread of COVID-19 this fall could be severe—even more so if all schools are open—and a bad flu season could add complications.

Now consider another problem. Ballots for the fall presidential contest cannot be printed until every party certifies its candidates. That will happen for Democrats and Republicans at their conventions in late August. But what if other parties such as the Greens or the Libertarians delay certifying their candidates until late September? (In my more paranoid moments, I worry that a dark-money group favoring Donald Trump might reward a third party for doing just that.) In that case, ballots will take longer to print and mail to voters, meaning that perhaps millions will not receive their ballot by Election Day—and others might have only a few days to mail them, with no assurance that they will arrive on time. Many voters will go to the polls and file provisional ballots, which require even more time to tabulate. And if a large number of the votes by mail are disqualified because of missing signatures or other technicalities, legal challenges will be inevitable.

Imagine an election held on November 3, with the surge in votes by mail uncounted until days or even weeks after the election, followed by challenges over absentee and provisional ballots. These disputes could drag into December and have ripple effects on the election timeline mandated by law. As it stands, states must certify their electors by December 8, and electors must cast their ballots by December 14; Congress will meet to certify the votes and ratify the results on January 6, and the president will be inaugurated at noon on January 20. What if some states are unable to resolve their election controversies by December 8 or December 14? What if the legitimacy of some electoral slates is in dispute—and states send two separate slates for Congress to adjudicate? And what if a worsening pandemic prevents members of Congress from traveling back to Washington in time to be sworn in and resolve these disputes? Although the 1887 Electoral Count Act covers some of these situations, many ambiguities remain.

The problems revealed during the primary seasons are likely to multiply in a general election, when heavier turnout is likely. The combination of fewer polling places because of the pandemic, the need to space out voters in lines, and fewer poll workers could turn November 3 into a disaster that spirals into January. A major expansion of voting by mail—which is already being discussed in many states—is the single best step a state can take to avoid this mess.

Yet no one change is sufficient, and some creativity is in order. Here are six other steps that states could take to prevent an Election Day shambles:

1. Print a huge supply of absentee ballots and return envelopes. If state and local election officials can’t afford to do so, they can establish public-private partnerships, using resources from foundations, corporations, and others to get it done.

2. Make large numbers of these absentee ballots available at every polling place on early-voting days and on Election Day—but especially at those precincts where long lines can reasonably be expected

3. Let voters whose absentee ballot did not arrive in the mail get one at the polling place, where they can fill it out on the spot—or take it somewhere nearby to do so—then deposit it in a safe receptacle at the polling place. Give them a separate line at polling places, to shorten the one for those with no problems. This strategy worked well in Kenton County, Kentucky, in its primary.

4. Allow any voter who fears waiting in line for hours the option of filling out an absentee ballot and submitting it at the polling place. Voters would have to attest, under penalty of perjury, that they are qualified to vote in that precinct.

5. In states that require signatures on absentee ballots to be notarized, recruit local notaries to provide their service at the polling places where long lines and delays are expected.

6. Urge high schools, colleges, and universities to recruit students to act as poll workers. Train them at the schools, and give them credit for their service.

In addition, here are two steps Congress should take, either in separate legislation or in a COVID-19 recovery package:

1. Direct funds specifically to election officials to put up large numbers of drop boxes accessible to voters to hand-deliver their mail ballots—something now done in many states, including Washington, Pennsylvania, Connecticut, and Colorado.

2. Require the Postal Service to postmark all ballots sent by mail. Currently, some mail is delivered without a postmark, which means that election officials cannot tell whether a late-arriving ballot was mailed before polls closed.

These steps will not solve all potential election problems. State and local governments need a massive increase in funds to build out the infrastructure needed to process and count the huge number of votes by mail that will come in this year, which could well mean no definitive election result for days after polls close. States and counties should review their election laws to make sure they can implement the ideas above well enough to pull off a credible and competent election. But wherever voting-rights advocates can find practical methods to avoid the disarray that accompanied the Wisconsin and Georgia primary voting, states need to implement them.

Congress, too, could play a constructive role by holding hearings on the Electoral Count Act and, ideally, enact revisions before November. Among them could be providing more flexibility for electors to cast their votes, adjusting subsequent deadlines if vote counting is not complete by the December deadlines, and offering better guidelines on resolving contested electoral slates. For example, if some states do not end up having their electoral votes counted, will 270 votes still be required to declare a presidential winner? Congress must plan for all possibilities. That includes the prospects that the pandemic may bar Congress from holding sessions on the crucial dates, starting with swearing in members on January 3. Even if congressional procedures currently in use in the House for remote voting by proxy remain, they in no way cover convening a new Congress, where no rules exist, much less all of the members taking their oath of office. The Senate, meanwhile, has no contingency plan at all.

If Americans are lucky, none of the nightmare scenarios will happen. That glitches will occur in the administration of the November elections is a near certainty. But voters can hope that the margin in the presidential race—and in House and Senate contests—will be wide enough to banish any doubts about who won. But a democracy cannot rely on luck. Hard work is necessary now to make sure plans are in place—just in case.

NEXT STORY: What a Shift in Britain's Foreign Policy Means for the US