Taking Flight: How Akima Is Helping to Shape the Airmen of the Future at the United States Air Force Academy
Skip to Content
Get all our news and commentary in your inbox at 6 a.m. ET.
Ideas
Designating the Houthis as Terrorists Would be a Mistake 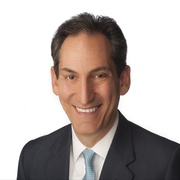 By Jon B. Alterman
CSIS

The basic strategy of judo is to use an opponent’s strength and inertia against himself, allowing weaker fighters to defeat stronger ones. The Islamic Republic of Iran has been using the logic of judo in Yemen for the last several years, inflicting blows against its adversaries while suffering little on its own. The Trump administration’s floated initiative to designate the Houthi movement as a Foreign Terrorist Organization would play right into the Iranians’ hands. It would advance Iranian interests rather than American ones, and it would contribute to the suffering of millions of Yemenis. The Houthis are a challenge, and they are a threat, but designating them as terrorists does a lot of things wrong and very few things right.

The Houthi movement, or Ansar Allah (God’s Partisans) as its members prefer to be called, is a home-grown Yemeni organization that is partly sectarian, partly regional, and partly tribal. Initially led by Hussein Badreddin al-Houthi, and now by his descendants, the group arose in the 1990s in northern Yemen to protest what it saw as twin evils: a corrupt Yemeni government and a corrupting Saudi government that were in league with each other, indifferent to the needs, desires, and ambitions of Yemen’s northernmost cities. The Houthis battled both governments to a stalemate several times in the early years of this century. After an elaborate national dialogue process produced a new government that the Houthis felt was little better than the one it replaced, the Houthis rose up again. The new Yemeni government was no match for them, and the Houthis campaign swiftly led to control of two-thirds of Yemen’s population.

While their adversaries have portrayed the Houthis as Iranian allies and proxies, they are better seen as tools of Tehran. Iran has reportedly provided some training to the Houthis—directly and through Lebanese Hezbollah—and Iranian weapons and missiles have been smuggled into Yemen. The Iranians have also provided encouragement. Yet the Houthi movement has roots that long predate its Iranian support, and the movement does not need Iran to survive. Iran probably invests less than $100 million a year in the Houthis, from which Iran derives significant benefit.

The Houthis are not only a thorn in the Saudis’ side—which the Iranians see as payback for decades of Saudi hostility—but they have pushed the Saudis into a war in Yemen that costs Saudi Arabia dearly in terms of both money and reputation. Saudi Arabia saw the Yemen war as a way to pre-empt Iran from establishing a Hezbollah-like force on the Arabian Peninsula. The inconclusive five-year war has actually opened the door further to Iranian influence and blown back on Saudi Arabia.

The Yemen war has heightened Congressional hostility to Saudi Arabia, and it has further exercised human rights groups worldwide who have been critical of the Kingdom for years. The Houthis enhance the perception of Iran as a regional power that must be dealt with, and the Houthis’ persistence in power enhances Iran’s reputation still further. Occasionally, the Houthis provide somewhat plausible cover for Iranian action, as the Houthis claimed responsibility for what were likely Iranian attacks on Saudi Arabia in September 2019. Mostly, though, Iran disavows responsibility for what the Houthis do, and the Houthis are independent enough to make it believable in general, although not in all instances.

What has become increasingly clear, however, is that Iranians don’t care about Yemenis’ suffering, and the Houthis seem not to care much about it either. The conflict has brought millions of Yemenis to the brink of starvation; the Houthi response has been to block relief supplies and charge money for their passage, while heavily taxing activities in areas under their control. Houthis are enthusiastic participants in Yemen’s war economy, which has enriched combatants at the expense of the general population.

The idea of punishing Iran by designating the Houthis as terrorists would scarcely hurt Iran, which hasn’t invested much in them anyway. It is unclear, in fact, how such a designation would affect the way Iran currently engages with the Houthis, which is largely clandestine. It is also not clear how it would hurt the Houthis, whose power is not threatened and who have mastered methods of extracting wealth from what is already the poorest country in the Middle East.

Instead, a designation would hurt two groups. The first are the diplomats who are seeking to negotiate an end to Yemen’s conflict. They are seeking to create a more decentralized Yemeni government that grants more autonomy to the Houthis while also securing areas of Yemen outside of Houthi control. It is not an easy task, but it may be achievable.

The other group are the millions of Yemenis who are hungry and food-insecure, and the humanitarians who seek to help them. There is no sign that the outbreak of famine or disease would loosen the Houthis’ grip on power. In fact, even greater insecurity could reinforce Houthi authority. Instead, the pullout of humanitarian workers would besmirch the reputations—and consciences—of countries that have turned away from Yemen’s most vulnerable.

The Houthis are combatants in control of a capital and a large population. The United States and its partners have tools to confront such groups, as well as to negotiate with them. The U.S. law allowing the designation of foreign terrorist groups should have no role in the strategy. It would represent swinging wildly in the dark, serving the interests of U.S. adversaries rather than its allies.

NEXT STORY: An AI Tool Can Tell a Conspiracy Theory from a True Conspiracy