Nearly two dozen black-clad ground troops from the Saudi-led Arab coalition arrived Yemen’s port city of Aden yesterday on a “reconnaissance” mission, Yemeni military officials said on Sunday. The soldiers, who arrived accompanied by helicopter gunships, are to eventually train local forces loyal to exiled President Abed Rabbo Mansour Hadi and try to locate a “green zone”—likely a 10-mile coastal stretch west of Aden—for Hadi to rule upon return. Egypt also acknowledged this weekend it has troops deployed to the region and to the Red Sea, the AP’s Ahmed Al-Haj reports from Sana’a. A bit more on the dynamics in Yemen below.

A string of car bombings hit Baghdad this weekend, killing 20 and injuring another nearly 80 residents. The Islamic State group, or ISIS, claimed responsibility for the attacks, which occurred late Saturday. At least 50,000 people have flooded Baghdad from Anbar province, where Iraqi troops work to clear ISIS from the city of Ramadi. WSJ’s Nour Malas has more.

The price of peace with Iran? Arming up the rest of the Middle East. The six-nation Gulf Cooperation Council—Bahrain, Kuwait, Oman, Qatar, Saudi Arabia and the U.A.E.—meet with President Barack Obama next week at Camp David, and they want additional American weapons and security guarantees to protect against potential Iranian aggression, The Wall Street Journal’s Jay Solomon and Carol Lee reported Saturday. The GCC fears that lifting economic sanctions will let Iran finance proxy battles across Iraq, Syria, Lebanon and Yemen. U.S. lawmakers and Israel-watchers, in particular, are keeping a wary eye on this semi-public bargaining process—and the “Qualitative Military Edge” Jerusalem enjoys with Washington’s help—ahead of the May 13 meeting.

Iran’s legal rationale for seizing the MV Maersk Tigris “is incompatible with the rules set forth in the customary international law of the sea, and reflected in the Law of the Sea Convention,” says U.S. Naval War College professor James Kraska.
And what’s the difference between the U.S. Navy “escorting” versus “accompanying” a ship through the Strait of Hormuz? Brad Peniston explains.

The Department of Veterans Affairs is approaching its cyber breaking point after blocking 1.19 billion malware instances and 358 million intrusion attempts into VA systems—and that was just for the month of March. NextGov’s Mohana Ravindranath has more.

Welcome to Monday’s edition of The D Brief, from Ben Watson and Defense One. If you’d like to subscribe, click here or drop us a line at the-d-brief@defenseone.com.If you want to view The D Brief in your browser, you can do that, here.

The U.S. denied reports that its air strikes killed more than 50 civilians in northern Syria on Friday. The Syrian Observatory for Human Rights said the airstrikes hit the village of Bir Mahli, in Aleppo Province, killing at least nine children, The New York Times’ Anne Barnard reported.
Syria at a breaking point — again? The UN’s envoy for Syria, Staffan de Mistura, is holding a series of closed talks with some of Syria’s warring factions at Geneva today, the NYTs reports this morning. De Mistura cited changing military and diplomatic circumstances within Syria as the impetus for today’s negotiations, which he thinks will conclude around the same time a final agreement is expected on the Iran nuclear negotiations.

Meantime in Yemen, the Saudi-led coalition is accused of using cluster bombs in the northern Saada province, Human Rights Watch said in a report yesterday. U.S. Defense Department officials yesterday defended its sale of the munition to allies Saudi Arabia and the U.A.E., but said requirements forbid its use in locations with civilians nearby. That follow-up via AFP.

In Iraq, radical Shiite cleric Muqtada al Sadr said his forces would attack U.S. troops in Iraq in response to U.S. plans in the House Republicans’ draft of the defense authorization bill to divide the country into Shia, Sunni, and Kurdistan regions. Sadr is the latest of a growing chorus of Iraqis indignant over the GOP plan, which made waves last week across the troubled country. More from Long War Journal’s Bill Roggio.
The U.S. will still seek a way to arm the Sunnis and the Kurds, House Homeland Security Committee Chairman Michael T. McCaul, said this weekend after visiting Baghdad with seven other members of Congress, AP’s Paul Schemm reports.
Andrew Exum to take over Middle East policy at the Pentagon. The former Abu Muqawama and Army Ranger will succeed Matt Spence as deputy assistant secretary of defense for Middle East policy, WSJ’s Dion Nissenbaum said yesterday. Read Exum’s humorous reply however you wish; though we’d advise waiting for official confirmation.

Afghanistan has at least 130,000 maimed and injured former police and soldiers—though the number is suspected to be much, much higher—and very few of them are receiving the compensation they deserve from Kabul. “The scope of the problem is daunting. In just one fighting season here in the southern province of Helmand last year, a single Afghan police battalion, the 2nd Police Battalion in Sangin, had 154 men disabled by their wounds — out of 344 in all,” the NYT’s Rod Nordland writes from Helmand’s Lashkar Gah.
And Afghanistan’s Taliban is not ready to talk a ceasefire just yet, officials said from the peace talks taking place in Qatar, Reuters reports.
Around 2,000 Afghan families have fled their homes from fighting in the northern province of Kunduz, AP reports.
After years of frustration at the U.S. war in Afghanistan and drone strikes on militants east of the Durand Line, Pakistanis are softening their position on U.S. as the source of many of their problems, The Washington Post’s Tim Craig reports from Islamabad.

Meanwhile in Mexico, gunmen shot down an Army helicopter, killing three soldiers and injuring a dozen on Friday amid a surge of cartel-related violence this weekend. A joint force of military and federal security officials were attempting to take down members of the Jalisco New Generation Cartel in Mexico’s second-largest city of Guadalajara. “The downing of the helicopter came as cartel gunmen seized buses and cars and set them on fire to block major highways and roads in 39 places across the state, including the capital Guadalajara. Cartel gunmen set fire to 11 bank branches and five gasoline stations across the state. The cartel also blocked roads in three neighboring states. Seven people died in the day’s violence.” The WSJ’s Jose de Cordoba has more.

Also this weekend, the Philippines’ most wanted insurgent, Abdul Basit Usman, was killed either by his own bodyguards or by the country’s largest Muslim rebel group, Reuters reports.

Blame Obama or blame Langley? The CIA misjudged the rise of al-Qaeda after the death of Osama bin Laden and during the formative early months of the Arab Spring in 2011, former Deputy Director Michael Morell writes in his new book, The Great War of Our Time; The CIA’s Fight Against Terrorism—From al Qa’ida to ISIS. You can read more on Morell’s book, which is set for a May 12 release, from WaPo’s Craig Miller on the Arab Spring, Bloomberg’s Tony Capaccio on Iraq WMDs, or even Fox News with a bit of Morell insight on the Benghazi attack that killed U.S. Ambassador Chris Stephens. 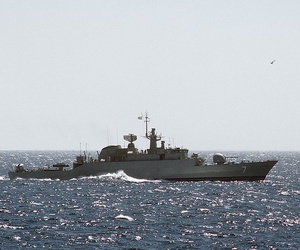 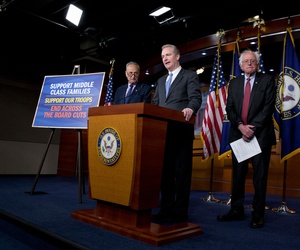 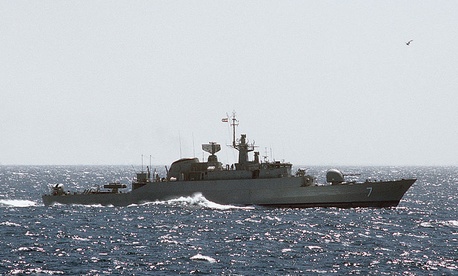 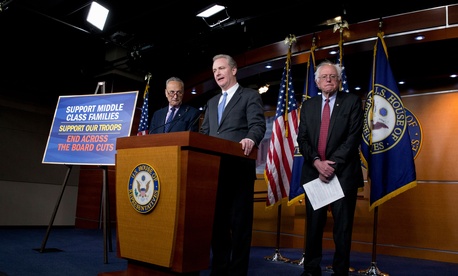