U.S. military recruiting centers have been ordered to step up their security protocols after Thursday’s two-site rampage in Chattanooga, Tenn. that killed four Marines and a Navy petty officer.
Escalate security how, exactly? By “increas[ing] surveillance and tak[ing] basic steps such as closing blinds at the offices,” WSJ’s Dion Nissenbaum reported.
But will they be armed? “The order, which was issued on Sunday by Adm. William E. Gortney, the head of the Northern Command,” stopped short of instructing “recruiters to carry weapons, which is what some members of Congress have called for in the days since the shootings. Military officials have so far brushed off those calls, and recruiters have continued to work unarmed,” NYT’s adds.
One of the Marines may have been armed, he may have shot back during the attack, and he may have wounded the shooter, 24-year-old Kuwaiti-born Mohammod Abdulazeez, WaPo’s Thomas Gibbons-Neff and Adam Goldman report.
Why is the military dragging its feet on arming recruiters? In short: gun safety, WSJ notes, since “on Friday, in fact, a Navy recruiter accidentally shot himself in the leg at the Armed Forces Recruiting Center in Gainesville, Fla. Officials are investigating why the recruiter carried the weapon into the facility.”
Not all troops are trained to kill? “You have a vast cadre of people in the military—doctors, lawyers, intelligence specialists, cryptologists, mechanics—whose jobs are important because they support combat troops, but it is not their job to point weapons at people and kill them,” said retired Navy Capt. Charles Stimson, former military judge, lawyer and prosecutor and now head of the national security law program at the Heritage Foundation in Washington. A bit more on that angle from McClatchy’s James Rosen.
Nebraska yesterday joined Texas, Indiana, Louisiana, Oklahoma, Florida and Arkansas in arming National Guard troops. South Carolina could be coming soon; and state GOP leaders in Missouri are pressuring Democratic Gov. Jay Nixon to do the same. And Iowa’s Republican Gov. Terry Branstad ordered a review of Guard facilities in his state. AP rolls up all that and more here.

Why did the big defense firms just let Lockheed Martin snatch up Black Hawk helicopter-maker Sikorsky so easily? Lockheed will have been gifted an enormous moneymaker by its own competitors—and for a steal. Global Business Reporter Marcus Weisgerber explains the boon to what is already the world’s largest defense company, here.

Iran may try to hide from the IAEA, but they can’t hide from…antimatter! Yes, there are sensors, “But what regular radiation detectors miss, antineutrino detectors could catch.” We’ll let our Patrick Tucker explain how this technology one day could keep Iran from The Bomb.
The world does not hang on the words of the U.S. Congress, State Secretary Kerry told lawmakers indignant that they didn’t get to vote on the Iran deal before the UN Security Council did on Monday. Kerry fought hard to get world powers to give a key concession to Capitol Hill: more time. Molly O’Toole explains in this preview of what’s likely to be a testy Iran hearing before the Senate Foreign Relations Committee on Thursday.
Sure, U.S. lawmakers can attempt to block the Iran deal, but a better use of their power and time would be to extract commitments that address key concerns, including support for Israel, a guarantee of tough additional sanctions, and more from The Atlantic’s Norm Ornstein.
And oh by the way: the organization enforcing the nuclear accord with Tehran has a budget the size of the San Diego police department’s. Mark Leon Goldberg, editor of UN Dispatch, explains in this commentary.

Bibi disses Ash in Tel Aviv. Defense Secretary Ash Carter and Israeli Prime Minister Benjamin Netanyahu unexpectedly scratched their opening remarks to press at their meeting this morning in Tel Aviv. Reuters’ Phil Stewart, traveling with Carter, shared this video of the terse exchange before the two duck behind closed doors to talk regional security and all things Iran.
Carter, on the Lebanon border, with Israeli Defense Minister Moshe Yaalon yesterday: “Yaalon said Israel will need time, perhaps until the end of the year, to thoroughly analyze the effect the [Iran nuclear] accord would have on its security,” WaPo’s Missy Ryan reported, while Israeli officials anticipate an uptick in military activity from Hezbollah in Lebanon and Hamas in the Gaza Strip.
“Friends can disagree about whether it will work, and we’ll be watching Iran very closely to see, but there’s no disagreement about the ultimate objective,” which Carter said is to block Tehran from acquiring a nuclear weapon.
This isn’t a pitch meeting: “Military officials stress that Carter did not come to Israel to offer a major boost in military financing or any new weapons systems in the wake of the deal,” Ryan writes. “At the same time, Israeli officials have rejected the idea of accepting new military aid as a sort of compensation, even as both countries talk about the need to renew a long-term arrangement for military financing that will expire in 2018.”

Havana doesn’t just want the U.S. military prison at Guantanamo Bay Naval Station closed—they want the “occupied” land that houses it given back to Cuba after more than a century. Read more in O’Toole’s coverage here. And if you missed it, Defense One‘s special report, Beyond Guantanamo, here.

Historic day for U.S.-Cuba relations as Washington and Havana formally reopened their embassies. The Atlantic’s Adam Chandler has more.

About that vetting…Blackwater and U.S. special operators trained Tajikistan’s security chief, who disappeared in April. When he reappeared a month later in an ISIS video, he reminded everyone of his counterterrorism training—underscoring the danger (ya think?) of providing unrestricted U.S. security assistance to failing states, as Paul Stronski of the Carnegie Endowment for International Peace writes.

Welcome to Tuesday’s edition of The D Brief, from Ben Watson and Kevin Baron. Want to share The D Brief with a friend? Find our subscribe link here. (And if you want to view today’s edition in your browser, you can do that here.) And please tell us what you like, don’t like, or want to drop on our radar right here at the-d-brief@defenseone.com.

Now more than ever, the U.S.-led coalition against the Islamic State, or ISIS, faces the possibility that only a large-scale military intervention will roll back what’s effectively become a “revolutionary state-building organization” wielding terror for submission and whose officials seem immune to corruption—a marked contrast to the Syrian and Iraqi governments citizens used to know, according to The New York Times.
“We in the West have bought into this idea that insurgency and counterinsurgency is a battle for hearts and minds,” said William McCants, director of the Project on U.S. Relations With the Islamic World at the Brookings Institution in Washington. “We forget how many states have been established through brutality.”
Counter-whac-a-mole (CWAM?) begins. ISIS leader Abu Bakr al-Baghdadi has decentralized power in his group as a buffer against the coalition’s targeted airstrikes, NYTs Eric Schmitt and Ben Hubbard report.
“Much of a new understanding about the leadership of the Islamic State, also known as ISIS or ISIL, has come from information about the organization’s financial operations, recruiting methods and security measures found in materials seized during an American commando raid in May in eastern Syria.”
A new distaste for execution videos—or simply posturing? ISIS may also be adapting, with an ISIS source “quoted in Arabic-language media as saying Baghdadi issued the decree [banning videos of summary executions] ‘to be considerate of Muslims and children’s feelings who may find these scenes grotesque,’” The Washington Post reported. “Experts who follow the Islamic State’s violence have questioned the authenticity of the reports… For now, however, there is little sign that the Islamic State will stop releasing videos of killings. [J.M. Berger, a nonresident fellow at the Brookings Institution] notes that just on Friday, a video was released that appeared to show a young child beheading a captured Syrian soldier.”
Spillover violence in Turkey. A suicide bombing near Kobani in the Kurdish border town of Suruc killed more than 30 people Monday. “There was no immediate claim of responsibility for the deadliest attack along the border in more than two years. But if Islamic State was behind it, it would be the group’s first known suicide bombing in Turkey,” The Wall Street Journal reports.
Round up the usual suspects: Turkish “authorities have arrested scores of suspected members of the group in raids across the country, stepping up ongoing raids. Officials have tightened border controls to try to stem the flow of foreign fighters, deporting about 1,500 mostly Western visitors to Turkey as allies increased intelligence sharing.”

Putting the “16” in 2016: John Kasich. Kasich, Ohio’s governor, was once one of the most powerful—and divisive—figures in Washington, including chairing the House Budget Committee and serving on the House Armed Services Committee, which is why National Journal’s Ron Fournier called him a “serious” POTUS candidate. He’s the 16th Republican candidate, but don’t lump him in with the Trump crowd. He is scheduled to announce his bid at 11 a.m. EDT from Columbus. Immediately he’ll be fighting for a spot in the first presidential debate on Aug. 6, in Cleveland…Ohio.
Donald Trump has taken the lead among GOP voters, a WaPo/ABC News poll reveals. But blame the media for Trump’s surge, says the data.
“Wisconsin Gov. Scott Walker, who announced his candidacy a week ago, is in second place, at 13 percent, followed by former Florida governor Jeb Bush, at 12 percent.” Read the rest here.
And before we leave Trump, here’s a brief diversion into 25 things the business executive and TV personality has denounced over the years.

In emerging military tech news, the Navy just launched and recovered an underwater drone from a submarine for the first time ever, AP reports. “The drone was launched from a shelter attached to the top of the Virginia-class submarine [USS North Dakota] that can also be used for the undersea deployment of divers and special forces…The drone deployed by the North Dakota was a Remus 600, a 500-pound, 10-foot-long vehicle that its maker, Hydroid, says can be equipped with video cameras, GPS devices and sonar technology.”

Have Marine Corps officers become less intelligent? That’s the claim in a new paper published by the National Bureau of Economic Research. The drop in scores from the General Classification Test, which Marine officers have taken since World War II, “has not been due to affirmative action policies but rather a broadening of the number of college graduates eligible to enter the officer pool,” the study’s authors write, noting, “This negative trend could contribute to adverse consequences for military effectiveness and national security.” More from The Hill, here.
And lastly today—here’s footage from a hidden video capturing all the gritty glory of a gunnery sergeant doing what gunnery sarges do during a barracks inspection. The grunts endure nearly nine minutes of an expletive-heavy hygiene rant, for which former Marines James Clark and Brian Adam Jones, writing in Task & Purpose, conclude: “Should they have made their beds better? Sure.” But the issues only half-humorously raised in the video “are often a reflection of the sort of leadership in the unit. They respect their gunny so much, they hid a camera to capture his leadership acumen, then posted the results online. But what sort of respect could that gunnery sergeant honestly expect? Respect goes both ways.” 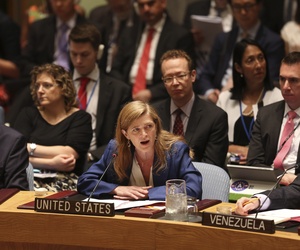 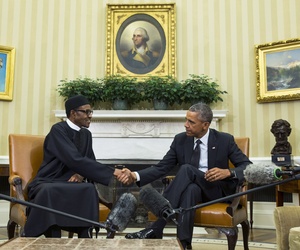 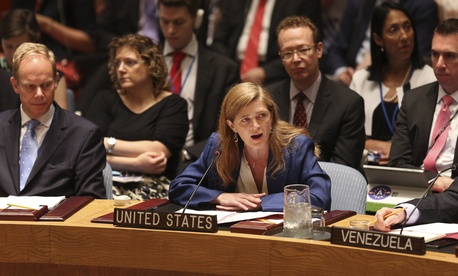 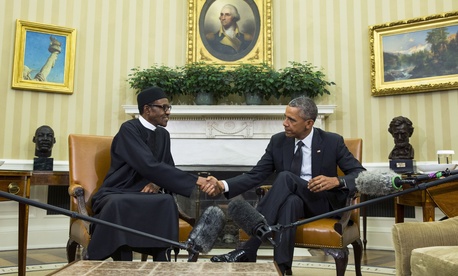