Train, equip, and say goodbye. “Pentagon-trained rebels in Syria are reported to have betrayed their American backers and handed their weapons over to al-Qaeda in Syria immediately after re-entering the country,” reports The Telegraph, citing “a raft of sources.” Fighters with Division 30, the anti-ISIS rebel division that was the first to graduate from the $500-million U.S. train-and-equip program, have “surrendered to the al-Qaeda-affiliated Jabhat al-Nusra,” said the article.

“They handed over a very large amount of ammunition and medium weaponry and a number of pick-ups,” according to a tweet cited by The Telegraph by a man calling himself Abu Fahd al-Tunisi, a member of al-Qaeda’s local affiliate Jabhat al-Nusra. Read the whole piece, here.

We never thought training Syrians would be easy, writes Derek Chollet, a former U.S. assistant defense secretary for international security affairs. “Working to arm, train and sustain insurgent or indigenous forces is hardly new, and history offers a few cases showing it effective…But there are far more examples of when it hasn’t.”

“If it’s hard enough when we are all-in, like in Iraq and Afghanistan, it is even harder when we’re not, like in Libya and Syria,” Chollet writes at Defense One.

But at least ISIS is getting nervous about the exodus of Syrian refugees, which may finally persuade the world to act more forcefully, reports NPR.

Back in D.C., retired Gen. John Allen quits as ISIS-war envoy, one year after urging President Barack Obama to “destroy” the group, writes Executive Editor Kevin Baron. The retired general got the job after publishing an op-ed in Defense One. “With the ear of the president in intimate Oval Office meetings, Allen convinced Obama to get into the fight. The general warned it would be a years-long battle against the powerful ISIS ideology, but the swift and surgical strikes for which he once advocated have had questionable results.” Read the rest, here.

Here Xi comes: the New York Times has a good wrap-up of the tensions, dashed expectations, and potential openings for dialogue when Chinese President Xi Jinping arrives in Washington, D.C., later this week to meet with Barack Obama.

A softening Chinese economy has given the U.S. some leverage, the Times writes, and so when National Security Adviser Susan Rice confronted Beijing last month over data thefts, “The Chinese reaction was swift: Mr. Xi dispatched” a high-level party to Washington to work out a deal — and soon began talking about “the need to crack down on the theft of intellectual property — as opposed to espionage for national security, a distinction the Chinese never acknowledged before.”

“Negotiations are also underway on embracing a set of rules, expected to be vague in their first iteration, that commit both countries to ‘no first use’ of cyberweapons against each other’s critical infrastructure in peacetime.” Read the whole thing, here.

The White House is downplaying the immediate prospects for that deal, and Defense One Technology Editor Patrick Tucker rounds up the reasons why such a pact might be ill-defined, unenforceable, and of largely symbolic value.

So how big a threat to critical infrastructure is China, really? Jonathan Pollet, founder of Red Tiger Security, says: too big to ignore, too small to panic over. Read Tucker’s article, here.

White House, agencies begin prepping for “orderly shutdown.’ Last month, federal agencies submitted shutdown plans “as part of a new effort to plan for a potential failure by Congress to pass spending bills, and the Office of Management and Budget is currently reviewing those blueprints,” reports GovExec’s Eric Katz.

On Tuesday, the Senate failed (again) to pass a defense bill, so a continuing resolution is in the works. And after that? “Arizona Republican Sen. John McCain is vowing to keep a temporary CR from becoming another year-long budgetary straitjacket,” reports Politics Reporter Molly O’Toole.

“Prodding his party’s Senate leadership to come up with a way to get rid of the four-year-old budget caps, the Armed Services chairman said he would support one CR — and no more. And he said he is talking to other senators about standing with him.” Read more, here.

Pentagon’s next unclassified email system may live in the cloud: “The Defense Department’s IT agency is asking industry about setting up a new email system for its 1.6 million users,” reports NextGov’s Frank Konkel. More, here.

Welcome to Wednesday’s edition of The D Brief, from Brad Peniston and Defense One. Want to share The D Brief with a friend? Here’s our subscribe link. And please tell us what you like, don’t like, or want to drop on our radar right here at the-d-brief@defenseone.com.

That was quick: “As Russia finishes its first major airbase in Syria with more than two dozen warplanes and new satellite imagery shows two more bases in the works, the Pentagon said Tuesday that Secretary of Defense Ash Carter does not plan to discuss deconflicting U.S. and coalition aircraft there without more Russian dialogue on political alternatives,” writes Stars & Stripes, here.

And here are two more sites that appear to be preparing to host Russian troops, IHS Janes reports.

U.S. Marines may exercise with their Indian counterparts, Lt. Gen. John Toolan, the head of Marine Corps Forces Pacific, told Marine Corps Times in a wide-ranging interview pegged to the Modern Day Marine exposition at Quantico, Va. “We are currently exploring options for greater amphibious engagement with India,” he said.

The Corps plans to exercise with 22 other militaries in the Asia-Pacific region in the next year, part of its effort to expand its footprint and training operations there. Last June, the Japanese Self-Defense Forces participated in a exercise in Australia, Toolan noted.

Interesting timing, China. “Two Chinese jet fighters made what military officials called a dangerous interception with an U.S. spy plane a week ago,” WSJ reports. “The incident occurred on Sept. 15 over the Yellow Sea when two JH-7 Chinese fighters came within 500 feet of the nose of an American surveillance plane known as an RC-135. The U.S. plane was conducting a routine patrol in international airspace about 80 miles off China’s Shandong peninsula, military officials said.”

And: “An American businesswoman accused of spying has been formally arrested in China shortly before President Xi Jinping’s trip to the United States, her husband and a family lawyer said on Tuesday, adding to the brew of disputes that have dulled expectations for the visit.” NYT, here.

KC-46 tanker could make a huge test flight as soon as Friday, “the results of which could put the nearly $50 billion contract on a steady course—or risk new delays and added costs,” WSJ reports. Boeing has had to eat $1.26 billion in cost overruns because of development problems, which have also eliminated the margin in the USAF project’s schedule. “The compressed flight trials will determine whether the plane, a heavily modified version of Boeing’s civilian 767 jetliner, can link up with, and refuel, five different types of U.S. Air Force, Navy, and Marine aircraft.” More, here.

And then there were 114. Amid delays to its plan to close Guantanamo and rising tension between the White House and Pentagon over the sluggish pace of transfers, the Defense Department announced its second detainee move in a week on Monday. Abdul Shalabi, who was cleared by a periodic review board in June, was repatriated to Saudi Arabia. On Thursday, Younis Abdurrahman Chekkouri — who has been cleared for transfer since 2009 — was repatriated to Morocco. Officials have told Defense One they are unlikely to achieve their goal of closing the detention facility in Cuba by the end of the Obama administration if they are forced to keep chipping away at the population by ones and twos.

Like an angry Facebook comment come to life, a Congressman has reportedly asked the Army secretary to prove that the two women who graduated Ranger School last month weren’t given special treatment. According to People magazine, which cites “a letter exclusively obtained” by it, “Rep. Steve Russell, R-Okla., gave outgoing Army Secretary John McHugh until September 25 to produce documents revealing the women’s test scores, evaluations, injuries, pre-training and more.” The article does not verify any of the congressman’s accusations, which Army officials deny. That, here.

‘Flab’ follow-up. One day after the Washington Post reported on alleged cronyism and apparent inadherence to body-weight standards by New Jersey National Guard leaders, Gov. Chris Christie has given Air Force Brig. Gen. Michael Cunniff 90 days to “slim down and meet his obligations.” Military Times has the story, here. 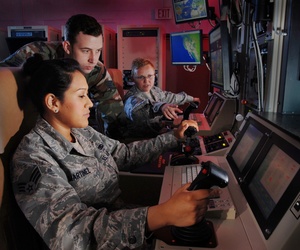 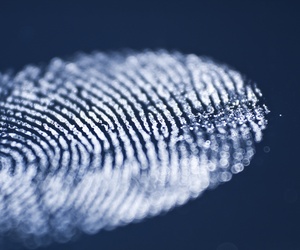 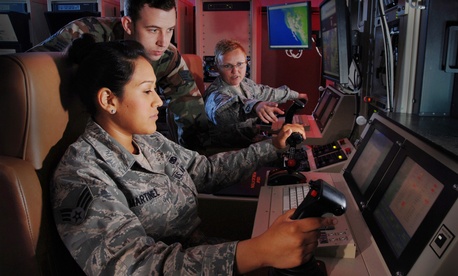 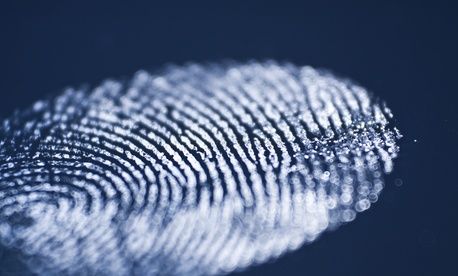