Russia bombs CIA-backed rebels in Syria. U.S. officials say Moscow is not hitting Islamic State militants in Syria, as its leaders have claimed, but are instead bombing anti-government fighters. “In a second day of raids in Syria, Russian warplanes carried out 30 airstrikes on Thursday in the northern province of Idlib that targeted not the Islamic State but a rival insurgent coalition,” the New York Times reports.

“One of the airstrikes hit an area primarily held by rebels backed by the Central Intelligence Agency and allied spy services, U.S. officials said, catapulting the Syrian crisis to a new level of danger and uncertainty. Moscow’s entry means the world’s most powerful militaries—including the U.S., Britain and France—now are flying uncoordinated combat missions, heightening the risk of conflict in the skies over Syria.” The Wall Street Journal, here.

How did the U.S. find out Russia was about to start bombing? “A Russian general attached to the newly created intelligence center set up by the Russians, Syrians, Iranians and Iraqis in Baghdad went to the U.S. embassy and notified the defense attaché that Russia was going to begin flying airstrikes in Syria in an hour, according to the U.S. official,” ABC News reports.

The Pentagon is rejecting Russia’s call to stay away, Defense One’s Molly O’Toole reports. “The coalition will continue to fly missions over Iraq and Syria as planned, as we did today,” Defense Secretary Ash Carter said Wednesday.

“The dynamic has changed,” one U.S. defense official told The Daily Beast of the situation in Syria now that Russia has jumped into the fray. More here.

Who’s fighting whom in Syria? Here’s a NYT explainer.

Afghans retake Kunduz? Afghan officials told local TV that a five-hour operation, supported by coalition airstrikes, had cleared the city by early Thursday morning. “It is jubilant at what will be seen as a crucial victory in the battle against the Taliban insurgency,” BBC reports. “This is a huge blow for the Taliban,” Sediq Sediqqi, spokesperson for the interior minister said. “It proves Afghan special forces are elite fighters who can win battles.”

But a Taliban spokesman said his side still holds Kunduz, and that their flag was still flying over the city.

What does Kunduz mean in the big picture? From The New York Times: “Beyond questions about why American-trained forces collapsed so quickly, the issues raised by that long-term campaign of Taliban incursion illuminate a potentially grave threat to the American-backed Afghan government: The insurgents’ past aversion to all-out attacks against big cities may not have been because they never thought it possible, but merely because they weren’t ready until now.” More here.

Help us out! Are you getting your D Brief every weekday without fail? Does it look right, and do the links work? If not, we’d love to hear from you. Drop us a note at the-d-brief@defenseone.com — you may have to type it if your links aren’t working — and thanks.

Carter chimes in: “Mergers of top-tier firms would not be good “for the taxpayer and warfighter in the long run,” the SecDef said at his own press conference.

How does Lockheed feel about Kendall’s comments? “We understand and respect the department’s concern about maintaining a proper balance between an efficient and competitive industrial base,” the company said in a written statement provided by a spokeswoman. “However, we believe that defense contractors should continue to be assessed based on the performance and effectiveness of the products and solutions offered, not on the size of their company.” More here.

How NGA is turning disaster-relief mapping into a game. A q-and-a about GeoQ, the open-source disaster mapping system from the National Geospatial-Intelligence Agency, by NextGov’s Mohana Ravindranath, here.

On Tuesday, October 6—join DOD acquisition head Frank Kendall as he keynotes Defense One LIVE’s “The State of Defense Acquisition” in Crystal City, Va. Catch the full agenda and register for your spot right here.

Happy New (Fiscal) Year! And welcome to Thursday’s edition of The D Brief, from Marcus Weisgerber and Defense One. Want to share The D Brief with a friend? Here’s our subscribe link. And please tell us what you like, don’t like, or want to drop on our radar right here at the-d-brief@defenseone.com.

The government is open today. Just before midnight, President Obama signed a stop-gap measure to fund the federal government through Dec. 11, giving lawmakers until then to pass federal spending legislation for the remainder of the fiscal year. “The bill is intended to buy more time for Obama, Senate Majority Leader Mitch McConnell, R-Ky., Speaker John Boehner, R-Ohio, and the next Speaker to reach a comprehensive, long-term budget pact,” The Hill reports.

Carter tells Obama to veto defense policy bill. “While the bill would authorize $612 billion for the Defense Department — the same amount the White House has requested — it would leave budget caps known as sequester in place, but funnel $38 billion through a war fund not subject to the caps,” The Hill writes.

No legislation to close GITMO in NDAA. Sen. John McCain, R-Ariz., said the White House left him no choice but to put an effective legislative freeze on closing the military prison at Guantanamo in the conference report of the defense authorization bill. And the White House is not happy about it. “The Administration strongly objects to provisions of the bill that would impede efforts to close the detention facility at Guantanamo Bay, Cuba,” a senior administration official said. “The President’s defense strategy depends on investing every dollar where it will have the greatest effect, and the hundreds of millions of dollars spent operating the Guantanamo detention facility each year could be better allocated to other national security priorities.”

F-35 ejection-seat woes. “During August tests of the ejection seat, built by Martin-Baker, testers discovered an increased risk of neck injury when a lightweight pilot is flying at slower speeds. Until the problem is fixed, the services decided to restrict pilots weighing under 136 pounds from operating the plane, Maj. Gen. Jeffrey Harrigian, F-35 integration office director, told Defense News in a Tuesday interview.” More here.

Air Force bomber contract still a “couple of months” out. At a House hearing earlier this week, Lt. Gen. Arnie Bunch, the Air Force’s deputy assistant secretary of acquisition, said “we still have details that we still haven’t worked through” before awarding the contract. “Bunch’s remarks come as a surprise to some in the aerospace community, who had expected a contract award for the Long Range Strike Bomber first this summer, then early fall, and most recently in mid-October,” Defense News reports. More here.

McCain says something nice about the Air Force tanker. The Arizona senator, who helped expose corruption in an plan to lease aerial tankers last decade, took note of progress in the KC-46A program, which flew for the first time last week. “I applaud Boeing for absorbing the cost overruns that occurred, along with the schedule delays, and remain cautiously optimistic that Boeing will meet its contractual obligation of delivering 18 KC-46A aircraft by August 2017,” McCain said in a statement.

Bombings in China kill seven, injure more than 50. “A spokesperson from the state-run CCTV said the bombs were caused by explosive devices sent to these buildings in packages in the mail. Reuters reports that ‘disaffected or mentally unstable’ Chinese people have set off explosives in a similar fashion before, and that the Chinese authorities refer to these attacks as ‘sudden incidents’ resulting from public anger toward the government.” Quartz, here.

Army issues breastfeeding policy. A 7-point memo from Secretary John McHugh makes the Army the final military branch to issue a servicewide breastfeeding policy, Army Times reports. “Although there is much more work to do to support Army moms, the changes announced today are a positive first step,” Rep. Niki Tsongas, D-Mass., said in a statement. More on the policy, plus McHugh’s memo, here.

Dempsey named fellow at Duke. Gen. Martin Dempsey, who retired as chairman of the Joint Chiefs of Staff last week, will teach at Duke University next year. “In the spring, he will co-teach a course in the Sanford School of Public Policy on American civil-military relations with Duke political scientist Peter Feaver. In the fall, Dempsey will teach a course on management and leadership at the Fuqua School of Business,” the school said in a statement. More here.

Did a drunk Navy sailor use a raccoon to bypass a breathalyzer test? No, but the San Diego Union-Tribune asks: “Why question the truth when the story is this good?” Here’s the bogus story that stemmed from a fake incident report posted on the Internet: “After a night of drinking, it read, a petty officer 1st class failed the breathalyzer test that allows his car to start. In a moment of alcohol-fueled ingenuity, he visited a nearby park, kidnapped a raccoon, and forced the creature to blow into the machine.” Read the rest of the fictitious account here. 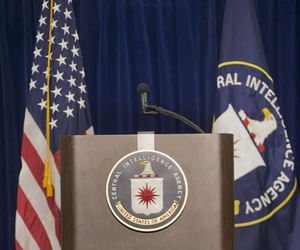 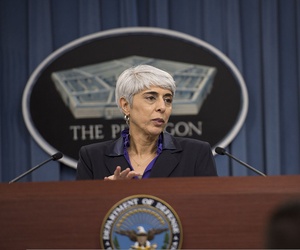 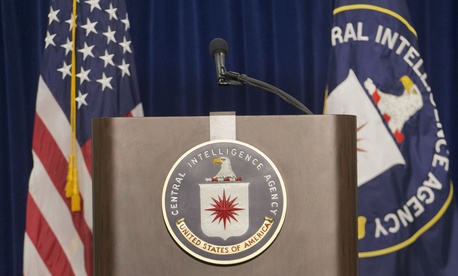 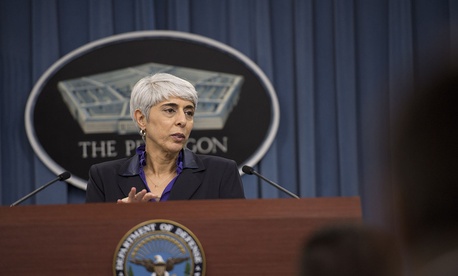