Col. Steve Warren, the new spokesman for the U.S.-led coalition in Iraq, speaks to reporters during a news conference at the U.S. Embassy in the heavily fortified Green Zone in Baghdad, Iraq, Thursday, Oct. 1, 2015.

U.S. and Russian officials have begun talking about how to keep their militaries from accidentally running into each other in Syria and Iraq — three days after Moscow pledged to join such talks, and one day after its aircraft began dropping bombs on Syrian targets.

“There was discussion about ensuring that military personnel operating inside of Syria are communicating on internationally recognized channels and all of this is an effort to deconflict our ongoing operations there,” White House Press Secretary Josh Earnest said. “This was the first discussion of what I anticipate will be a series of additional discussions about de- conflicting our efforts.”

The call was “cordial and professional,” Cook said.

“The U.S. provided an initial proposal to enhance safety, prevent miscalculation and avoid actions, activities and operations that could escalate tensions,” Cook said. “The Russian’s outlined some of their own ideas. Both sides agreed to consider the proposals and provide feedback in the coming days.”

At this time, another call between defense officials in Washington and Moscow has not been scheduled.

“I’m not going to get into who they hit, but we don’t believe they struck ISIL targets,” said Col. Steve Warren, the U.S. military’s new spokesman in Baghdad. “The Russians have said that they’re going to do one thing, and here they are doing something different than that, which we, of course, have seen before.”

The deconfliction talks will cover U.S. and Russian activities in Syria, where U.S.-led coalition forces have been conducting airstrikes for more than a year. There may also be matters to discuss in Iraq, which has been allowing Russian aircraft to use its airspace for transit.

Warren was sent to Iraq last month, after having run the Pentagon’s top media office, to help better explain anti-ISIS operations and related matters. On Thursday, Warren offered one of the most detailed assessments of the situation given by a Pentagon official since the U.S. reentered Iraq last year. He said the U.S. remains focused on defeating Islamic State, or ISIS, fighters, and while they seek talks with newly arrived Russians, the American command in Baghdad is not talking to the Syrian government.

Two weeks ago, President Vladimir Putin moved Russian fighter jets, tanks and other military equipment into Syria. Putin and other Kremlin officials have said that they intend to fight ISIS and back President Bashar al-Assad’s administration.

“According to published reports, Russian airstrikes in Syria yesterday struck U.S.-trained Syrian rebels. Yet the administration summoned only a muted response of pitiful pleas for ‘deconfliction’ talks with Russia,” said Senate Armed Services Committee Chairman John McCain, R-Ariz. “Unfortunately, it appears ‘deconfliction’ is merely an Orwellian euphemism for this administration’s acceptance of Russia’s expanded role in Syria, and as a consequence, for Assad’s continued brutalization of the Syrian people. It is simply incomprehensible that the administration is taking such great pains to offer Russia a ‘constructive’ role in Syria, pretending that Russia has the slightest interest in anything other than propping up the murderous Assad regime.”

Defense Secretary Ashton Carter said Tuesday that a Pentagon team would meet with the Russians “to ensure that we avoid any inadvertent incidents over Syrian airspace.” That team has three goals, Carter said: “To facilitate the flow of information between coalition forces and Russian elements that will help us maintain the safety of our personnel in the region, which is critical. To ensure that any additional Russian actions do not interfere with our coalition’s efforts to degrade and defeat ISIL. And to clarify that broader U.S. security commitments in the region remain unchanged.”

Warren said U.S. officials in Baghdad have no indication that Russian jet fighters would broaden their strikes to targets in Iraq.

Warren stressed that the U.S. military remains focused on defeating ISIS: “If others are willing to work with us to defeat ISIL, then that is something that we’re willing to welcome,” he said.

Related: Want To Intervene in Syria? Answer These Questions First

U.S. and coalition warplanes have not altered their operations over Syria since the Russians have arrived, Warren said.

“There’s been a lot of talk about crowded skies,” he said. While “there’s always the potential for miscalculation and for accidents, it’s important to remember that there is a lot of square miles in Syria.”

The Iraqi Defense Ministry has “given us assurances that our information will be appropriately protected,” Warren said when asked if Baghdad was sharing U.S. intelligence with the Russians, Iranians or Syrians. Over the weekend, the Iraqi military’s Joint Operations Command announced that it would enter into an intelligence sharing agreement “about ISIS terrorism” with Syria, Russia and Iran.

“We were caught by surprise that Iraq entered into this agreement with Syria, Iran and Russia. Obviously, we are not going to share intelligence with either Syria, or Russia, or Iran,” Deputy Defense Secretary Robert Work said at a Senate Armed Services Committee hearing on Tuesday. “So we are in the process of working to try and find out exactly what Iraq has said. Certainly we are not going to provide any classified information that would help those actors on the battlefield.”

Warren said he did not “have any updates” about reports that hundreds of Iranian troops had arrived in Syria.

“The Iranians have been here in Iraq fighting ISIL for more than a year,” Warren said. 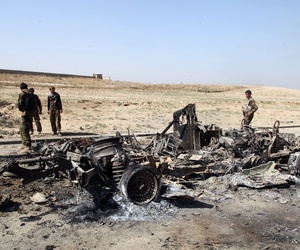 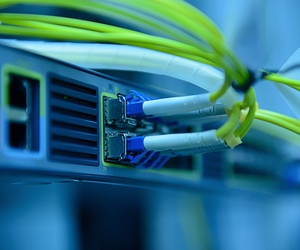 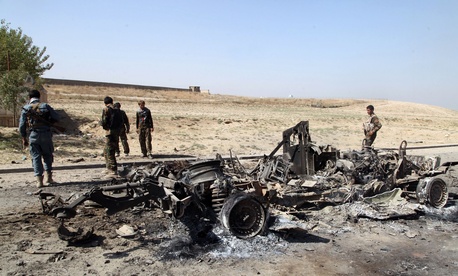 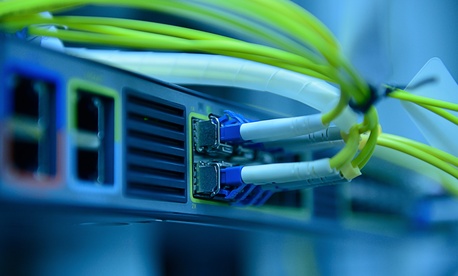